A teen boy was killed while young man is fighting for his life following a double shooting in South Philadelphia Sunday night.

The 15-year-old boy and 18-year-old man were both on 22nd and Jackson streets in the Girard Park section just before 7 p.m. when a gunman opened fire.

The 15-year-old, later identified by Omar Wade of South Croskey Street, was shot in the head and left thigh while the 18-year-old was shot in the lower back. Both victims were taken to the hospital. Wade died a couple hours later. The young man was listed in critical condition. 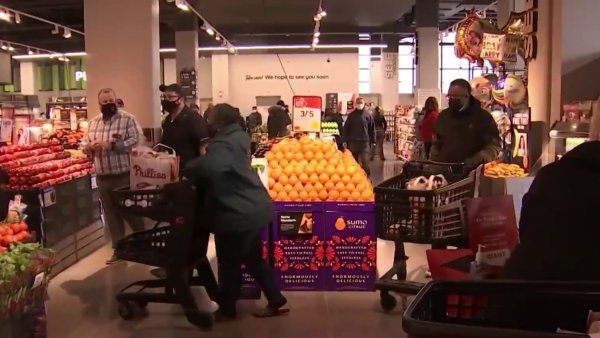 No arrests have been made in the shooting and police have not released a description of any suspects.

Deadly violence has hit Philadelphia hard this year with at least 355 homicides so far this year -- a 38% increase from this time last year and just one killing short of the total from all of 2019, according to Philadelphia police stats.