Taped recordings of Philadelphia Mayor Jim Kenney complaining about the politics involved in his tax on sugary beverages, enacted shortly after Kenney took office in 2016, were played in court as a federal corruption trial involving a powerful labor leader and a city councilman entered its third week on Monday.

“I am, like, annoyed. F------ Teamsters," Kenney could be heard on a phone call taped by the FBI while agents investigated IBEW Local 98 leader Johnny "Doc" Dougherty. "I mean they don't they don’t have a clue.”

The call between Kenney and Dougherty is the latest insight into political dealings at the highest levels of Philadelphia City Hall as federal prosecutors continue to make their case against Dougherty and City Councilman Bobby Henon.

Previously at the trial inside the federal courthouse on Market Street in downtown Philadelphia, Carlton Williams, a former head of Philadelphia's Licenses and Inspections Department who now runs the Streets Department, testified at the city's biggest corruption trial in a decade. Other employees who work inside City Hall have testified.

Federal prosecutors allege that Dougherty, the most powerful labor leader in Philadelphia as the head of a union with 5,000 members and as leader of the Building Trades Council, kept Henon on the union payroll in a no-show, $70,000-a-year job so he would do his bidding at City Hall.

Dougherty and Henon have pleaded not guilty to the charges and their defense attorneys have vehemently denied that either man did anything illegal. 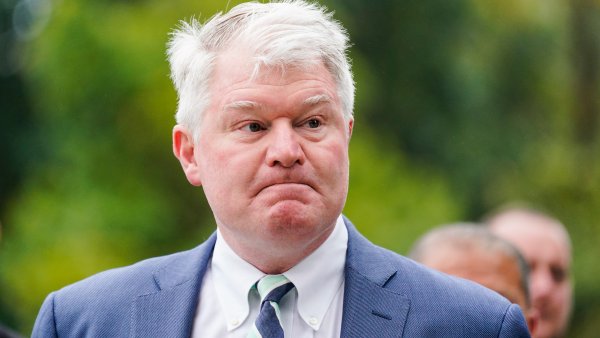 Their attorneys will present witnesses in defense after the prosecution rests. The trial is expected to last another two to three weeks.

Henon and Dougherty face 13 counts, including conspiracy and honest services fraud, and a maximum 20-year sentence on the most serious charge.

Both men remain free while the trial is ongoing and both have held onto their positions on City Council and at IBEW Local 98.

The trial began Oct. 4 with jury selection and opening statements by prosecutors and the men's defense attorneys. In the two weeks since the start, prosecutors have called several witnesses to the stand, including Williams, the Streets commissioner, Council staffers for Henon, and an FBI agent who played taped phone recordings, including the call between Kenney and Dougherty.

A spokesman for Kenney declined to comment on the recordings played in court Monday.

“I have had zero crimes,” Dougherty said, making a zero with his hand for emphasis. “So this is a relief. I can’t wait to get in and get this done.”

EDITOR'S NOTE: Some employees of NBC10 are IBEW Local 98 members.