Pennsylvania Wants You to Stop the Spotted Lanternfly Before It Hatches

Spotted Lanternflies are expected to start hatching this spring, so now is the time to stop the invasive pests before they emerge, the Pennsylvania Department of Agriculture says

The pesky spotted lanternfly is about to emerge from its nests. So, April is the time to stop the insects before they take over another summer in southeastern Pennsylvania.

"If you live in a quarantine zone for the spotted lanternfly, you know well by now that they're a nuisance to outdoor life and are destructive to plant life," Redding said. "Through research, public-private partnerships, and boots-on-the-ground efforts we have learned more about this pest and how farmers, business-owners, homeowners, and communities can best manage it."

The best bet? Eliminate the nests before the pests hatch. So, what do the nest look like?

"Last season's insects have laid eggs on outdoor surfaces in masses of 30-60 eggs, each covered with a mud- or putty-like protective coating," the state department of agriculture said in a news release. "Pennsylvanians are reminded to destroy these egg masses now to prevent large populations this season."

Spotted lanternflies, or SLF as they are known for short, are an invasive species of insect that arrived in the United States from Asia in 2014. The first known sightings occurred in Berks County, 60 miles west of Philadelphia. It has since spread throughout much of Pennsylvania and into parts of New Jersey, New York, Delaware and Maryland. Projections on its spread over the next 30 years shows widespread expansion into New England, south toward Washington D.C. and west to Illinois.

Back in March, Pennsylvania expanded its lanternfly quarantine zone to 45 counties, including all of Southeastern Pennsylvania and the Lehigh Valley. 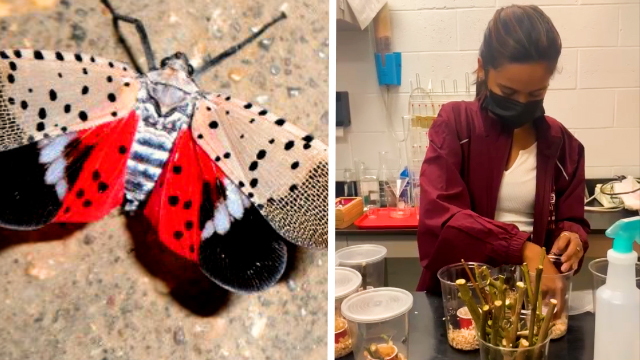 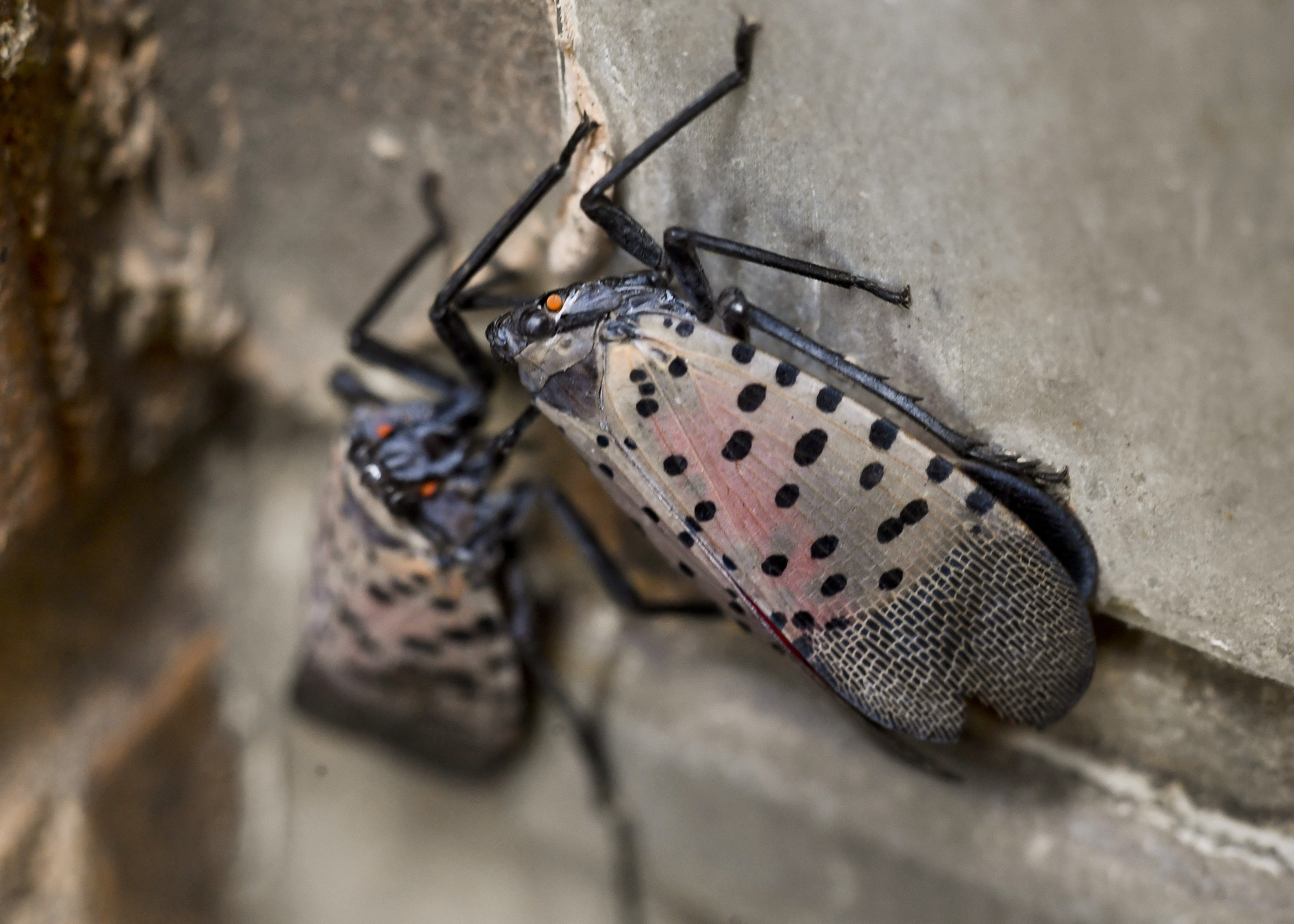 Lanternflies have quickly adapted to the landscape in Pennsylvania and surrounding states since their arrival and have no natural predators here, causing the insects to multiply rapidly in less than a decade. They are attracted to some of the region's pay crops, and have devastated grapevines at wineries.

Should you miss a SLF nest or two in your yard, there is still something you can do.

"Those who find spotted lanternflies on their property can reduce the population and its impact by trapping and squishing them," the state agriculture department said. "Penn State Extension's website includes instructions for making your own circle trap using easily obtainable items including plastic milk jugs, duct tape, screen wire, twine, hot glue and gallon-sized food-storage bags. Traps can also be purchased through agriculture and nursery supply stores."

Once you spot the spotted pests, your shoe also does the trick one squish at a time, but at that point the pests already took over.

"There are no easy answers when it comes to the spotted lanternfly, and we understand that's hard for people to hear," Rick Roush, dean of the College of Agricultural Sciences, said. "Good research takes time — and funding — but we are making discoveries every day and are sharing those findings with the public and key stakeholders."