Why This Week's Fed Meeting Could Be ‘March Madness' for Markets

Odds are high the Fed will move markets this week, no matter how hard it tries not to. 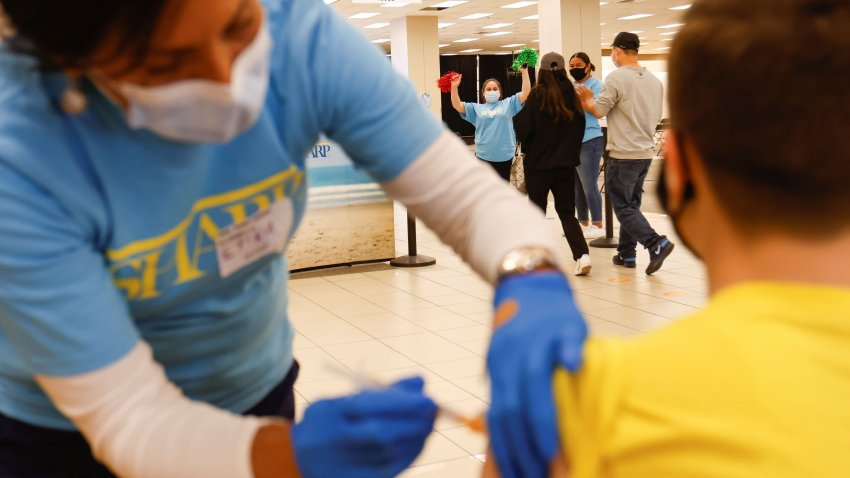 U.S. Vaccinations Hold Steady as Deadline Arrives to Open Eligibility to All Adults 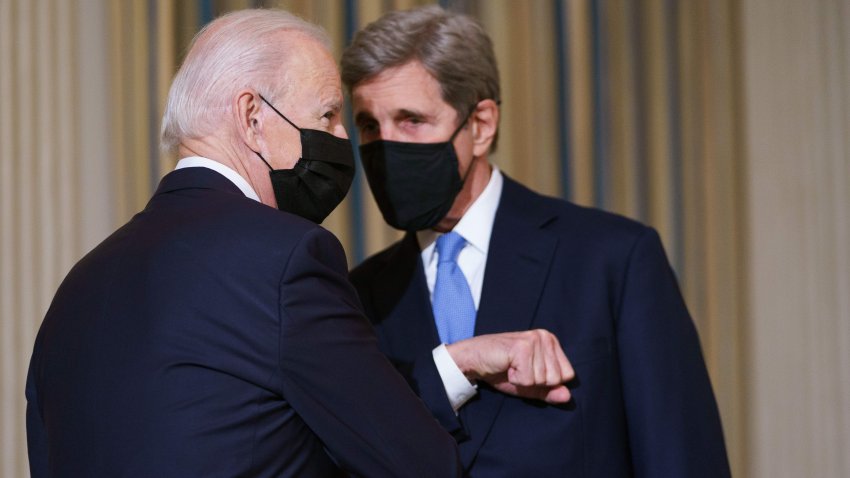 What to Expect Ahead of Biden's Global Climate Change Summit

With the surge in interest rates and rebounding economy, the Fed's easy policies are in the spotlight, and increasingly the question has become when will it consider unwinding them. Fed Chairman Jerome Powell is likely to be asked questions about the Fed's low interest rate policies and asset purchases during his press briefing, following the Fed's two-day meeting that concludes Wednesday.

Powell is unlikey to be specific but what he says could rock the already volatile bond market, and that in turn could drive stocks. It could particularly hit growth stocks, if bond yields begin to rise.

Rieder said the briefing should be "exciting to see," and a challenge for the Fed to potentially begin changing communications on its policy. He said investors will be parsing every word. "This will be the March Madness," for the markets, he said, referring to the highly anticipated collegiate basketball tournament.

Powell clearly has the ball, and what he decides to say Wednesday will dictate to edgy markets how soon the Fed might consider paring back its bond buying and even raising interest rates from zero.

Statement to stay mostly the same

The Federal Open Market Committee will release its statement at 2 p.m. ET Wednesday, after the meeting, and Fed watchers expect little change in the text.

But the Fed also releases officials' latest forecasts for the economy and interest rates. That could show that most officials would be ready to raise the fed funds target rate range from zero in 2023, and a few members may even be ready to raise rates next year.

"We think they will sound a bit more optimistic but still cautious. That said, we think it will be hard for them to sound as dovish as they have been just because the facts on the ground are improving," said Mark Cabana, head of U.S. short-rate strategy at Bank of America. "As a result of that, we think they're going to sound a little less accommodative than the market is expecting. We think they're likely to show a hike at the end of 2023."

Rieder said the Fed's been steadily steering its easing programs, but now it needs to begin to communicate that it expects to change policy on both asset purchases and interest rates. He said the Fed has been explicit in that it would provide plenty of time between when it starts communicating change and when it acts.

"It strikes me it's time," he said. Rieder said his out-of-consensus view is that the Fed could start tapering back its bond buying in September or December, and it needs to begin discussing that now. The Fed buys $80 billion a month of Treasurys and $40 billion a month of mortgages.

He also said the Fed could also start raising short-term interest rates next year without hurting the economy. The Fed has not forecast any interest rate hikes until after 2023, but that could change in its latest forecast.

"They can't raise short interest rates this year, but as you get into the second and third quarter of next year, not raising short-term interest rates would be incongruous with what their economic projections should be," Rieder said.

Rates on the rise

The Fed meets against a back drop of rate volatility in the more typically staid Treasury market. Over the past six weeks, the 10-year yield, which influences mortgage rates and other loans, has risen from 1.07% to a high of 1.64% last Friday. It was at 1.6% Monday.

The yield, which moves opposite price, has been reacting to a more upbeat view of the economy, based on the vaccine rollout and Washington's stimulus spending. It has also reacted to the idea that inflation could pick up as the economy roars back. Powell has said the Fed expects to see just a temporary jump in inflation measures in the spring because of the depressed prices during the economic shutdown last year.

"They've got to start that communication ... the markets are waiting for it," Rieder said. "The jumpiness of rates and the volatility in the market is because we haven't heard their plan yet."

Rieder said the Fed could raise interest rates while it is still buying bonds. He said it may want to shift its purchases more towards the long end to keep longer term rates low, since they impact mortgages and other loans.

"In their economic projections, their employment projections for next year is probably going to be 4%. If that's right, why not? Raising short-end interest rates and draining some liquidity out of the front part of the yield curve is not a problem," he said.

"Times like these call for creativity and innovation," Rieder said. "They've been remarkably innovative. They've provided so much liquidity to the system, the front end is awash in liquidity and yields are too low, in an environment where you could have 7% growth this year.".

In the last forecast, five of 17 members expected a rate hike in 2023, and just one forecast a hike in 2022. Fed officials provide their rate forecasts anonymously, on a so-called dot plot.

The Fed has said it would continue its bond purchases until it's made "substantial progress" towards its goals.

Cabana said there could be a few officials who now forecast a hike for 2022, but he doesn't expect the Fed to embrace that yet. The fed funds futures market is pricing in close to one hike in 2022 and three hikes by the end of 2023.

The Fed could say "substantive progress is still some time away," Cabana said. He said he does expect the Fed at some point to change the duration of bonds it is buying and shift towards the long end to keep those rates, like the 10-year, from rising too much.