Domestic violence calls went up in various counties in the Philadelphia region since the COVID-19 pandemic paralyzed normal life. But an NBC10 investigation reveals gaps in the reporting process -- particularly within the health care industry.

Shortly after the COVID-19 pandemic struck the region, a wife and husband found themselves jobless, collecting unemployment and with their kids virtually learning at home.

“There’s a lot of stresses. You got bills, unemployment,” the wife said.

That stress also turned to rage for her husband.

An already battered wife, the woman -- whose name we are withholding so she can discuss her abuse -- said her husband’s abuse escalated in frequency and violence after the stay-at-home orders.

“He’s punched me in my back repeatedly. He’s picking me up, thrown me, choked me. He’s kicked me in the head. Busted my lip,” she said.

With their kids in the room, he threatened to kill her.

“He’s pulled a machete and said he was going to chop me up,” she said. 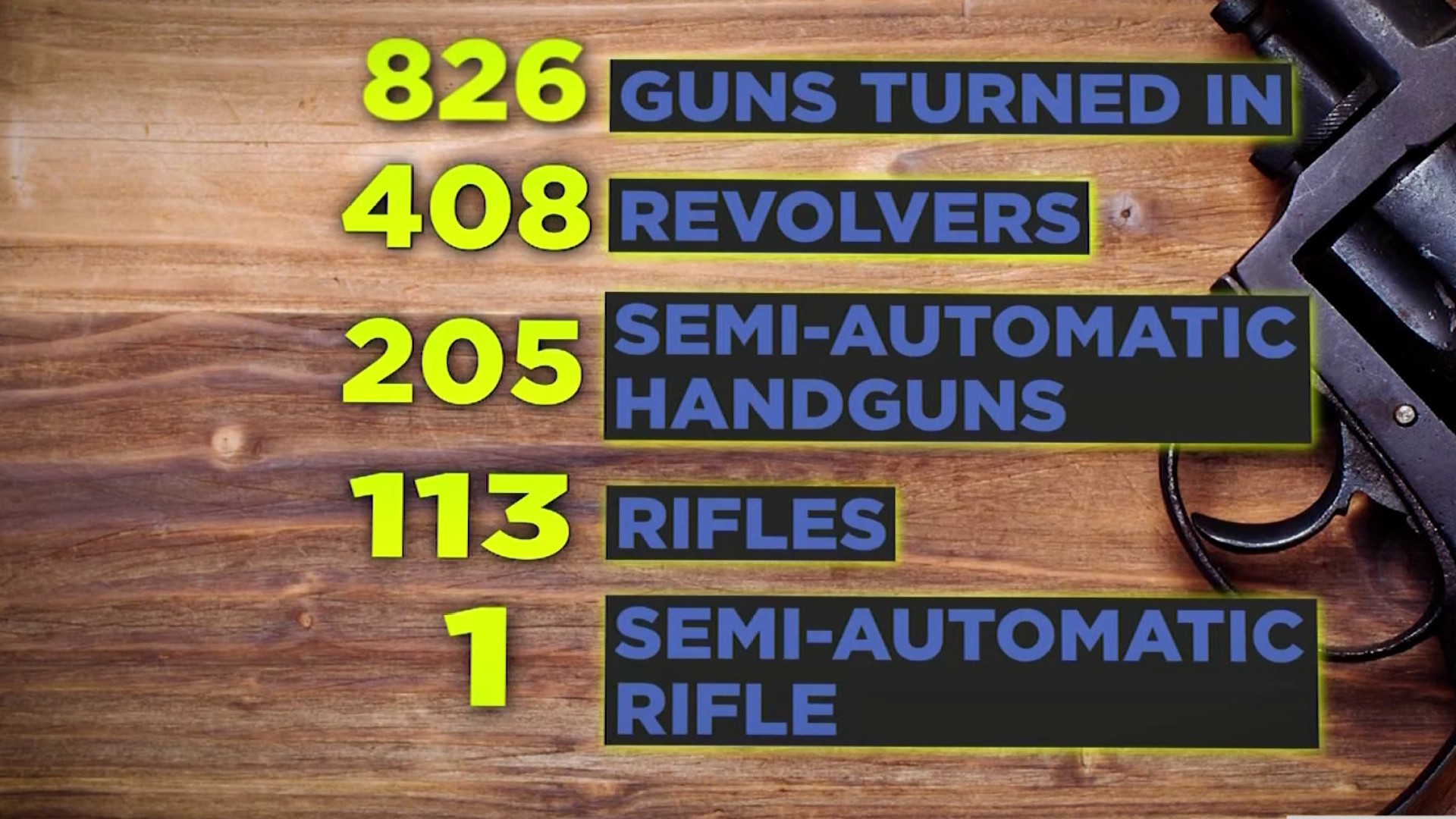 Domestic violence advocates throughout the Philadelphia region don’t think that woman’s experience was unique. Some of them said the pandemic likely led to an increase in abuse at home given the extra layer of stress people were facing.

Data on Victims of Domestic Violence is Pieced Together County by County, Agency by Agency

The region’s hospitals, which normally see a steady stream of domestic violence victims, do not track the domestic abuse cases that come through the emergency room or during routine doctor visits. Advocates say the lack of data among hospitals allows the health care industry to sweep the issue of domestic violence under the rug.

“It’s that dirty little secret that we still want to keep under, hidden underneath,” said Karen Dougherty, a forensic nurse at Abington Hospital. “And as long as it is hidden, it’s never going to go away.”

As for the data that does exist, some counties saw jumps in hotline calls, while 911 calls for domestic incidents decreased. And vice-versa. Other counties saw drops in both.

Some experts say anecdotal stories from survivors will provide a better understanding of what domestic violence was like during the pandemic.

“Reliance on reports that are made to formal sources is not giving us the full picture,” said Sarah McMahon, director of the Center on Violence Against Women and Children at Rutgers University.

Fear of the coronavirus may have contributed to a decline in domestic violence victims coming in to hospitals. NBC10 Investigators' Claudia Vargas explains how hospitals treat victims. You can reach the National Domestic Violence Hotline at 800-799-7233.

When her husband held up a machete in front of her, their kids were screaming in fear. The survivor we interviewed said she knew then that she had to get out of the relationship.

But her husband was always home and wouldn't let her leave the house. He did the groceries and all house errands, she said.

“If I tried to get cash out he would go in my wallet and get it out,” she said.

Domestic violence advocates were worried about the type of isolation Jane was going through.

Lori Sywensky, executive director at Turning Points, a Lehigh Valley advocacy agency, said the pandemic made it harder for survivors to reach out for help -- or be able to leave.

“For some people, we were worried it was a death sentence,” Sywensky said.

Sywensky said her group saw a big drop in calls following the stay-at-home orders. It wasn’t until after the orders were lifted that they saw a surge in hotline calls. All combined from April to September, the group received nearly 1,200 calls, a 40% increase from the same time period the year before.

However, 911 calls for domestic violence in Lehigh County went down from 3,200 in 2019 to 2,800 this year. It’s an example of how inconsistent various sets of statistics were in the region.

Women Against Abuse, the hotline intake agency for Philadelphia, saw a 29% decrease in its calls from April to June compared to the previous year. Its director Janine Lisitski said the survivors who were calling were doing so very quickly and often hung up without finishing the conversation with an advocate.

“The perpetrator was home and they were hanging up,” Lisitski said. “The calls were shorter.”

Every domestic abuse situation is different and is not always physical. NBC10 Investigative Reporter Claudia Vargas explains how emotional and financial abuse unfolds in relationships.

COVID-19 didn’t just present challenges for the survivors but also the advocates. Many had to rewire how they provide services.

Most advocacy groups had to shift to virtual counseling services instead of the traditional in-person.

Lisitski said that Women Against Abuse realized that as the pandemic continues, they need alternate ways to communicate with survivors. The group plans to introduce texting capability -- as an alternative to the hotline -- in November.

“We had a lot of people calling the hotline for shelter space,” said Janelle Stanton, director of SAFE Program, a domestic abuse advocacy center for Sussex and Kent counties in Delaware. “Not being able to bring them in because we’re at capacity, we had to hotel them.”

SAFE Program, like others like it, had to cut its shelter capacity in about half to allow for social distancing. They contracted with hotels to be used as shelter space for some of the survivors and their children-- and then used delivery services to get them food, toiletries and other tools they would normally get at the shelter.

“That was a huge challenge for us,” she said.

Sywensky, of Turning Points, said survivors who called them would say they wanted to escape their abusive partner but didn’t want to be in a shelter.

“They were afraid to be home with the abusive person but they were also afraid to be around other people,” she said. “The fear of being exposed and possibly dying from this disease was outweighing their fear for their safety in their home.”

The forensic nurse team at Abington Hospital said that similar to shelters, survivors also were scared to go to the hospital -- particularly between March and May.

“After May, we started seeing an increase consistently at same level or increasingly higher,” said Karen Dougherty, who leads the forensic nurse team at Abington.

The team saw an increase in strangulations and other more violent forms of abuse in 2020 so far compared to the previous year.

Through September, Abington Hospital’s emergency room had a 10% increase in domestic violence cases.

The forensic nurse team at ChristianaCare in Delaware saw a 30% increase in domestic violence cases between March and June compared to 2019.

But both of those teams keep their own stats. They are not required to report domestic violence to any state authorities.

She added that if a victim comes in with a gunshot or stab wound, hospital officials will report it as such. But it wouldn’t be clear whether it was intimate partner violence.

“If there is trauma, it will be reported as trauma,” she said. And that’s it.

Dougherty said medical professionals are reluctant to track domestic abuse -- in part because of ignorance and not understanding domestic violence.

We checked with the hospital associations for Pennsylvania, New Jersey and Delaware. None of them have a requirement or a best practices policy on how hospitals should report or track domestic violence.

The Delaware association said their hospitals screen every patient that comes into the emergency department for domestic violence. Those screenings, however, aren’t required to be tracked.

The New Jersey association said that state law requires domestic homicides and any firearm or explosive-related injuries to be reported.

The Pennsylvania association said they follow any recommendations from the American College of Obstetricians and Gynecologists, as well as the state Department of Health on matters related to intimate partner violence.

“It's important for us to be able to then tailor and design effective prevention and intervention strategies,” she said. “And health care settings provides one of those places.”

Still, even if hospitals tracked domestic violence, that doesn’t mean we would have a full picture of the problem.

For the woman whose husband threatened her with a machete, it wasn’t until weeks later that she sought help. And it was only because someone else called for help for her.

She said that in August she was at a mall parking lot when her husband yanked her out of the car by her hair and tossed her to the ground. Another couple saw them.

“The other couple came out and said ‘no, no, no,’ and they called the police,” she said.

When the cops arrived, they offered to help her file a restraining order against her husband.

“The judge signed it immediately,” that day, she said.

She went home with a police escort, packed her and her kids’ bags and left. She called a domestic abuse hotline for help on housing.

She hasn’t been back to the old house since.