Flores is a bilingual newsroom veteran with more than two decades of experience in both the English and Spanish-language media. She will join the stations on Jan. 11, 2021

Elizabeth Flores has been named Vice President of News for NBC10 and Telemundo62. In this role, Flores will be responsible for leading the on-air and online news operations for the NBC and Telemundo owned TV stations that serve English and Spanish-speaking viewers in the Greater Philadelphia region. Flores will report to Ric Harris, President and General Manager of NBC10 and Telemundo62. She will be relocating to the Philadelphia area from New York and will start on January 11, 2021.

“We are beyond thrilled to have Elizabeth join our team as Vice President of News,” said Harris. “She is an exceptional strategic news leader who embraces innovation in journalism and digital engagement across all platforms and in two languages. Her intimate knowledge and deep appreciation for the Hispanic community will also help us to strengthen our already strong storytelling capabilities for the Spanish-speaking audiences we proudly serve.”

A bilingual newsroom veteran with more than two decades of experience in both the English and Spanish-language media, Flores comes to Philadelphia from New York where she served as Assistant News Director for WABC-TV since 2018. Prior to that, Flores spent 17 years at NBC6 / WTVJ and Telemundo 51 / WSCV, the NBC and Telemundo owned stations serving South Florida where she held several news management positions including Assistant News Director and Senior Executive Producer. She began her broadcast career as an intern at NBC6.

“I’m so excited to join the NBC10 and Telemundo62 family. It will be a privilege to work with an exceptional team of journalists in both English and Spanish,” said Flores. “I am looking forward to getting to know the communities that we serve and making the City of Philadelphia my home.”

Born and raised in Miami, Flores is a first-generation Latina whose parents emigrated from the Dominican Republic and El Salvador. She earned a Bachelor of Arts in Mass Communication from Lynn University in Boca Raton, Florida and received a certificate in Diversity and Inclusion from Cornell University. She is a three-time regional Emmy award winning producer and a member of the National Association of Hispanic Journalists.

An avid runner, Flores has completed the Boston Marathon three times and recently completed a 100K race. She is passionate about mentoring and serves as a mentor for Brown Girls Dream, a nonprofit geared towards helping young women of color navigate through the early stages of their careers. 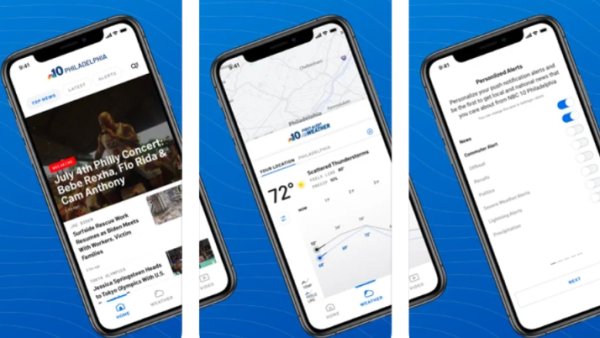 Owned by NBCUniversal, NBC10 Philadelphia has been delivering local news, information and weather for more than 60 years, serving nearly six million viewers throughout Greater Philadelphia, the Lehigh Valley, South Jersey and Delaware. Viewers turn to NBC10 for the most up-to-date breaking news and weather on a variety of platforms, including online at NBC10.com and via mobile and social platforms. NBC10 produces more than 41 hours of local news programming per week. COZI TV, the station’s multicast network, offers a full schedule of America’s most beloved and iconic television series and hit movies as well as local programming. COZI TV can be seen on Comcast channel 248, Verizon channel 460, RCN channel 28 and over-the-air on digital 10.2. LX or ‘Local X’ is NBCUniversal Owned Television Stations’ new TV and streaming network that serves adults 18-45. Launched in June 2020, LX delivers 20 hours of local news and original programming each week. The network highlights stories about technology, the environment, community and social issues, current events and politics, among other topics. Audiences can also tune in to the network to watch fan-favorite shows 1st Look, George To The Rescue and Open House, and programming from various content partners.

Owned by NBCUniversal, Telemundo62 / WWSI is NBC’s Owned Television Stations local station serving Spanish-speaking viewers throughout the Greater Philadelphia area, including 18 counties across Pennsylvania, South Jersey and Delaware. Telemundo62 viewers start their weekday mornings with hourly news cut-ins from 6 a.m.–11 a.m. and continue to receive the latest in local news and weather information during Al Mediodía, a 30 minute newscast airing weekdays at 12 p.m. Noticiero Telemundo62 is a locally produced, live Spanish-language newscast, airing weekdays at 5 p.m., 5:30 p.m., 6 p.m. and 11 p.m. Viewers turn to Noticiero Telemundo62 for local news, weather, sports and community coverage on-air and on the Telemundo62 app. Telemundo62 produces more than 13.5 hours of local, Spanish language news programming per week. For more information, visit Telemundo62.com. TeleXitos is the Telemundo Station Group’s national multicast network that serves as a destination for viewers who want to watch their favorite action and adventure television series and movies from the 1970s to 2000s in Spanish and without subtitles.