Why Is Arryn Siposs Still the Eagles' Punter?

Why is Siposs still the Eagles' punter? originally appeared on NBC Sports Philadelphia

Why is Arryn Siposs still here?

Siposs had an uneven first season with the Eagles, and uneven is putting it nicely.

His touchback numbers were good – he had just three, tied for 8th-fewest among qualifiers – but he also dropped just 17 of 55 punts inside the 20, which tied for 26th.

But late in the season, when the games get bigger and the weather gets worse, Siposs was terrible.

Over the last six games of the season – including the wild-card loss in Tampa – Siposs averaged just 37.0 yards per punt, not only worst in the NFL during that span but 2 ½ yards per punt worse than any other punter.

Yet here he is at OTAs, still the only punter on the roster.

“Well, Howie, myself and Nick, we try and have as much communication on what's going on in terms of the whole roster,” special teams coach Michael Clay said last week. “It's a very tough game of, ‘All right, there's a 90-man roster, who's out there. Is it going to really help our team get better?’

“It doesn't always have to do with Arryn. Arryn started out the year very well and you guys probably saw that. Just like everything else in life, there are ebbs and flows, there are peaks and valleys, and yes, it's a production-based business. I understand that. We all understand that in the NFL. … We still have confidence in Arryn to get the job done.”

Clay said when last season ended, Siposs knew he had to change his physique to be able to handle the rigors of a long season.

Siposs did punt in college, but he still is relatively new to football. He grew up in Australia and didn’t begin punting until 2017, when he was a 25-year-old freshman at Auburn.

He had three stints on the Lions’ practice squad in 2020 but never punted in a regular season game until he got to Philly.

“We've done some things in the offseason, and he's changed his body to be stronger through the core,” Clay said. “It's a long 20-game season, so you have to keep your body in tiptop shape. That's just going to help him just get better as a football player.

“He's still very raw, so we're going to still work with him, and hopefully get him more consistent and more confident as the season goes on.

“We still have immense confidence in Arryn not only from his punting standpoint because we still think he has a lot of talent in that leg and it's just him unlocking it not for a three-game stretch, but for an entire season.” 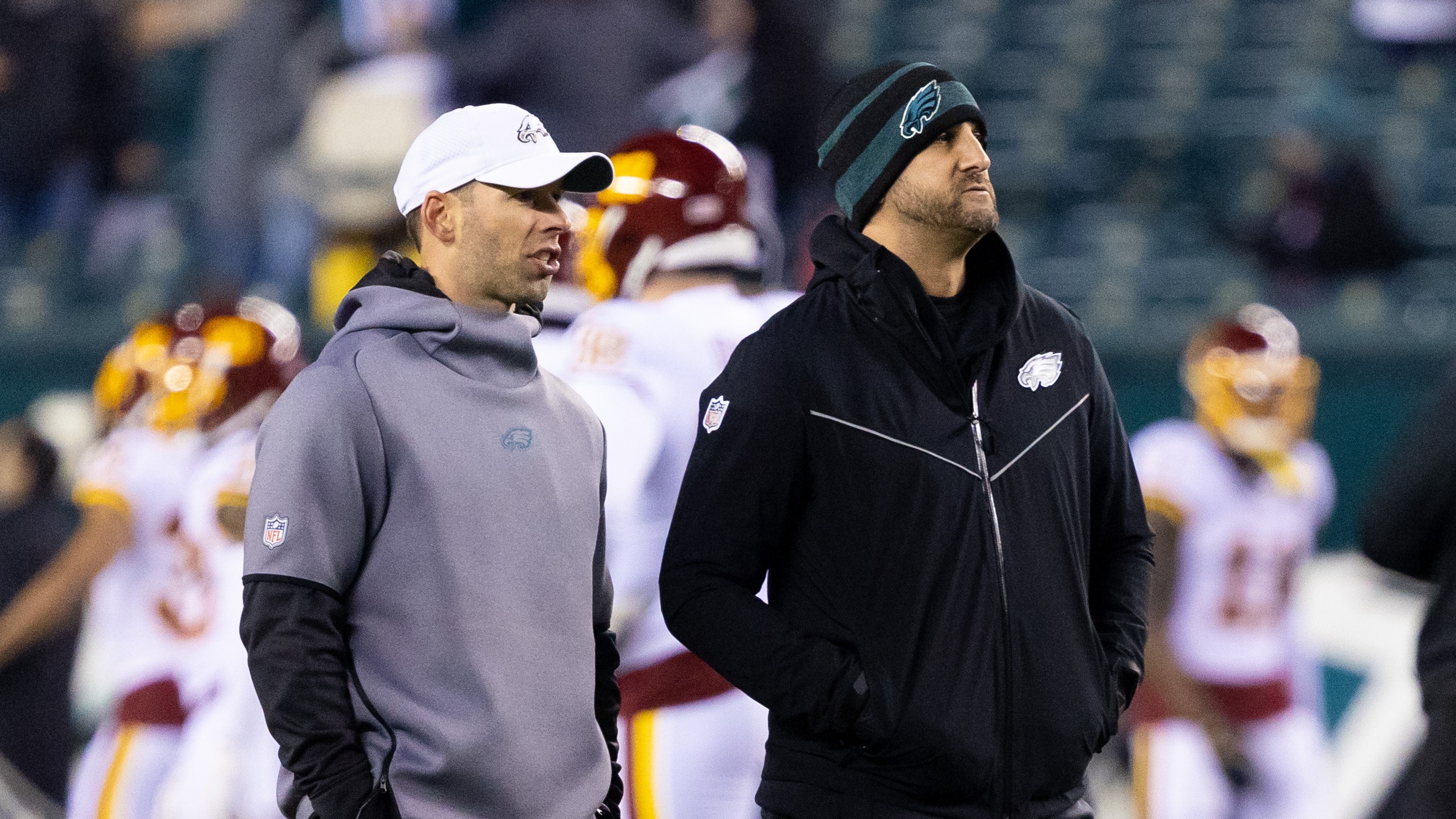 The Importance of Nick Sirianni Keeping Eagles Coaching Staff Together 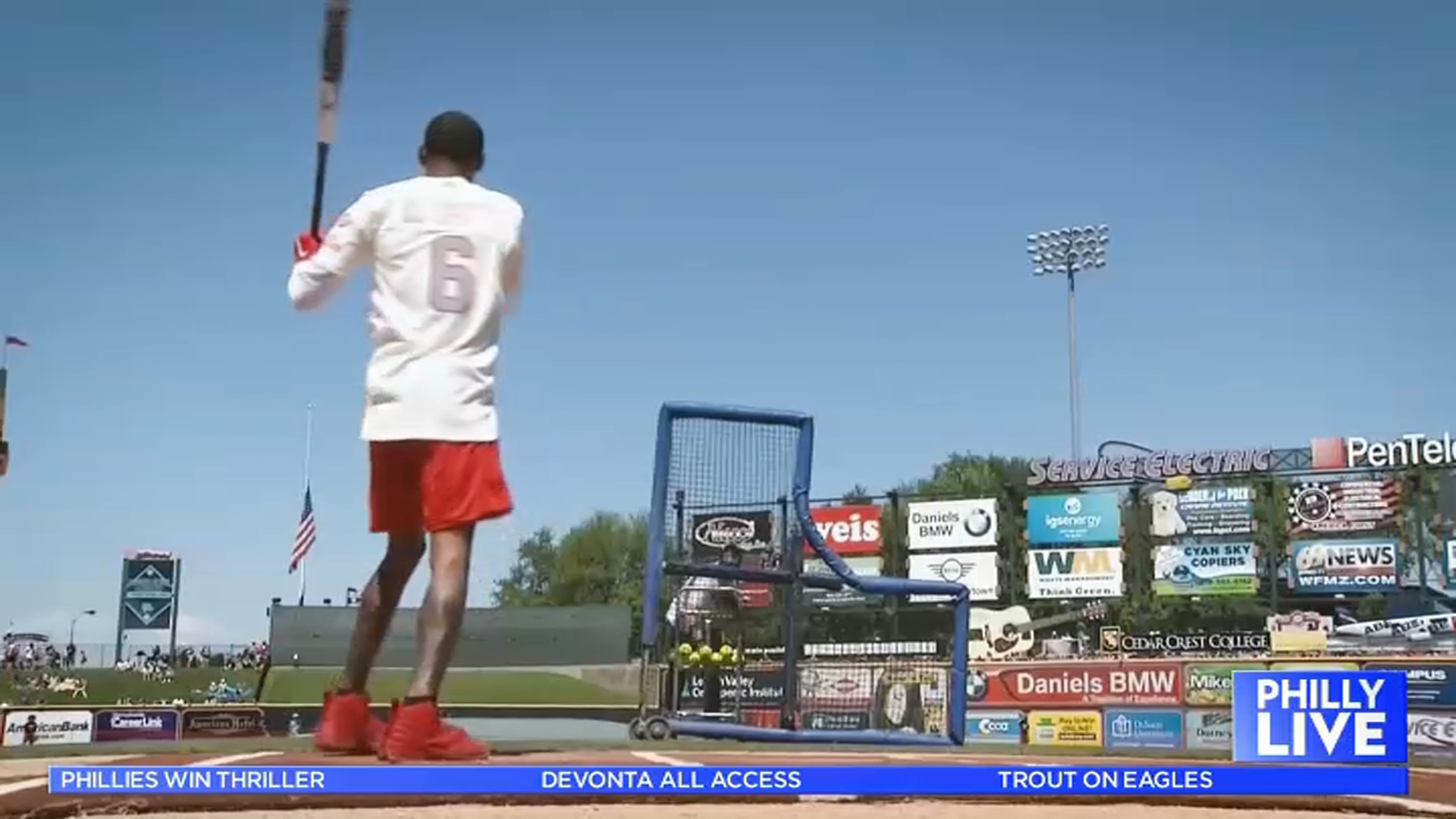 There’s also the matter of his holding.

Siposs is a very good holder and had a significant role in Jake Elliot’s bounce-back season.

“He does a lot in terms of the holding and the confidence that helps Jake,” Clay said. “Punters aren't just here to punt the ball. They actually have to hold and help bring that confidence from both (long snapper) Rick (Lovato) and Jake.

“So there is a lot that goes into — you don't want to have a wholesale change because now it affects not just one guy but also affects (two) other guys.”

As much as Clay defended Siposs, he left the door open for Howie Roseman to bring competition in for training camp depending who’s available and what the 90-man roster looks like.

“You never know what's going to unfold from now until September,” Clay said. “There may be some legs out there that we do want to bring in, but for right now I think we're going to work with our three, get that confidence back up there.”