The Sixers are no strangers to absurdity.

If you’re immersed in their world long enough, it might become difficult to determine what — if anything — actually matters. “Numb” was one of Brett Brown’s go-to words when the former Sixers head coach addressed perpetual injuries to rookies, Markelle Fultz’s haywire jumper or whatever abnormality came across his desk that day.

The Ben Simmons situation — or saga, or drama, or whatever descriptor you’d prefer — is up there with any of the peculiarities Brown saw.

Before the Sixers’ preseason win Monday night over the Nets, it produced this quote from current head coach Doc Rivers:

“I’m not going to talk about what (Simmons’ agent) Rich (Paul) and I have talked about. But clearly that’s what we want (for Simmons to come back to play). We wouldn’t be talking if that wasn’t part of it, but I’m not going to tell you exactly what we’ve been talking about.”

Not a statement dripping with clarity or specificity. 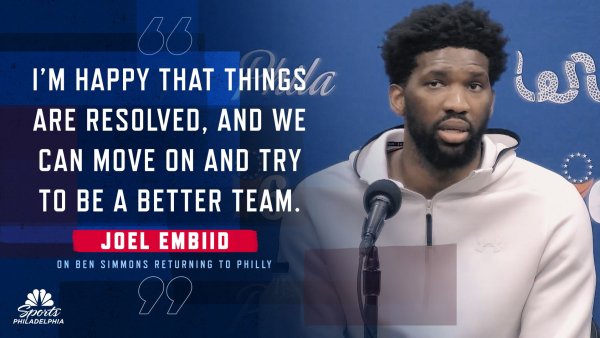 Embiid: Ben Simmons Returning Is ‘Good for the Organization' 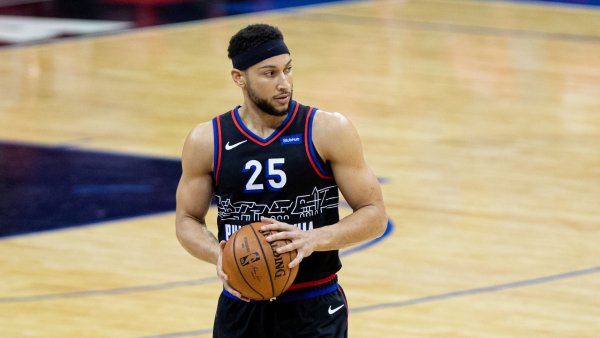 Little about this has been clear, although we do know Simmons arrived in Philadelphia on Monday night. There’s been reporting on Simmons’ motivations for holding out, the financial repercussions of that decision, and the potential trade packages teams are proposing for him. Simmons hasn’t spoken with reporters since the Sixers’ Round 2, Game 7 loss to the Hawks on June 20.

At the time, Simmons said, “I love being in Philly. I love this organization. The fans are great — great people. I had a bad series. I expect that; it’s Philly.”

Joel Embiid said Monday he hasn’t talked with Simmons since last season’s conclusion. The central figure has been silent with reporters and his fellow All-Star teammate.

However, he’s not absent any longer. What does that mean? Likely nothing in an existential sense, but it’s significant here and at least aligns with logic and precedent.

Incredibly, ESPN’s Adrian Wojnarowski reported on SportsCenter that the Sixers didn’t know Simmons would show up Monday and expected he would “probably come later in the week.” Wojnarowski reported that Sixers general manager Elton Brand received a text message close to tip-off that Simmons was outside of Wells Fargo Center and needed to get in to take his COVID-19 test.

The next step is murky, because of course it is. Will Simmons clear the NBA’s COVID protocols, return to practice and be an opening-night starter? Will he and his representatives decide a less smooth route is preferable? And, if Simmons is back on the court with Embiid, Tobias Harris and much of the group that was the Eastern Conference’s top seed last season, how will he be received?

“Players don’t get involved with people’s business,” Rivers said. “That is the one thing that I think is probably overplayed more than anything. I’ve been a player and this has happened before. And I’ve been a player who’s done it before.

“And yeah, other than that first 10 minutes of welcoming back and taking the crap from your teammates about missing camp and stuff, guys want to win. They do, I’m telling you, especially if you’re on that type of team where you have a chance to win. They want to win and they look at Ben as a guy that can help them do it.”

Sounds simple and rational enough on the surface. In that way, such a development would be decidedly inconsistent with recent Sixers history.