It’s been a tough season and if you’re an Eagles fan you’re probably wondering why the heck you’d even want to subject yourself to watching the Birds anymore in 2020.

Five more Sundays of this???

I get it. The Eagles are riding a three-game losing streak, they just got their butts whooped on national TV and now they’re preparing to face the Packers in Green Bay as nine-point underdogs.

But there are still some valid reasons to watch.

Here are five of them:

Can Wentz turn it around?

Maybe you’re in the growing group of people calling for Carson Wentz to get benched. If you are, I certainly don’t blame you. But, like it or not, the Eagles gave Wentz that contract extension and are tied to him for at least the next couple years barring what would be a difficult trade to pull off.

So even if the Eagles can’t recover in time to make the playoffs — and why would you want them to? — seeing Wentz get back on track would be a good sign. Because it’s very likely he’s still going to be the Eagles’ starter next year. 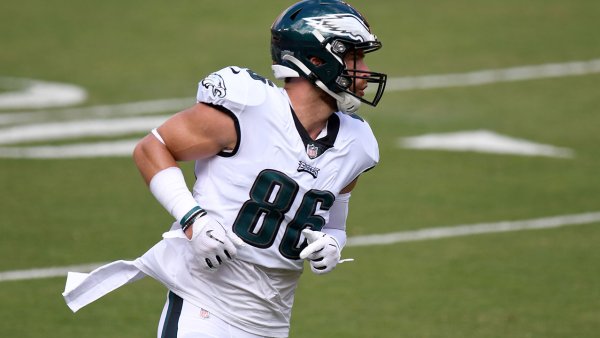 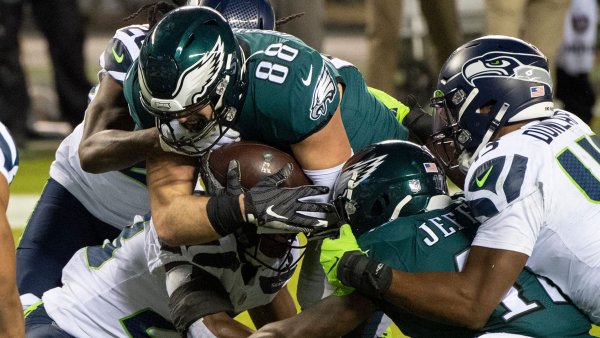 It’s certainly hard to believe Wentz will flip a switch after regressing unlike we’ve ever seen from any quarterback before. Because of that, it’s also worth watching to see if he gets benched at some point. How would it happen? How would he respond?

This isn’t the storyline you wanted to follow in 2020 but it is the biggest of the year.

Does Doug have any magic left?

In the last couple seasons, the Eagles have been in tough spots and they never quit on Doug Pederson. Now, the Eagles have obviously reached new levels of adversity that might test that a little more. It’ll be fascinating to see if Pederson is able to keep the locker room through the end of this season. If he does, he might be able to save his job.

And aside from keeping the locker room, let’s see if he can get the offense going at all. Maybe he hands over play-calling, maybe he doesn’t. Jeffrey Lurie wants his offense to be a high-powered unit and the Eagles have been anything but that this year. Heck, they really haven’t been that under Pederson aside from the 2017 season, which seems like it happened a few decades ago at this point. Is there any magic left in Pederson? We’ll be looking for signs of it down the stretch.

Let’s see what the young guys can do

This organization’s loyalty to aging veterans is infuriating. The fact that Alshon Jeffery and Jason Peters are going to continue to play in front of young players is crazy. But there are still plenty of other young players I really want to see in the last five games.

I want to see Jalen Reagor, John Hightower, Travis Fulgham, Jordan Mailata, Jack Driscoll, Alex Singleton, K’Von Wallace, Genard Avery, Michael Jacquet. I basically want to see every young player the Eagles have. Knowing this organization, we won’t see them all. But at least a few of those guys are going to get a lot of playing time. Let’s see what they can do.

Eagles getting close to a great draft pick

If the season ended today, the Eagles would end up with the sixth pick in the draft. If they end up winning the NFC East, they’re looking at the 19th pick at best. So as weird as it might be, it might be better for the Eagles to keep losing … at least long-term.

That can be a tough thing for any fan to root for; it just goes against your nature. But even if you can’t bring yourself to root for the Eagles to lose, you can at least take solace after games in the fact that the loss might end up doing more good than harm.

A last hurrah for some all-time greats

As frustrating as it is to see the Eagles continue to play aging veterans, these last five games will give fans a chance to see some all-time greats take the field for perhaps the last time. I’ll forgive you if you don’t give a crap about sentimentality, but try to take a second and appreciate one more look at some of these guys.

Among them is Zach Ertz, who is going to come back from an ankle injury soon. He has one more year left under contract but the icy relationship between him and the Eagles seems poised for a breakup after this season is over. It actually behooves both sides that he plays and plays well in these last few games. Ertz can raise his value for his next contract after a terrible start to this season. He can show he’s still got it. And the Eagles want his trade value to raise as well. Both sides are pushing in the same direction for perhaps different reasons.