Seaver was a three-time Cy Young Award winner and a 12-time All-Star, who spent the first 10 plus years of his career with the Mets. Of his 311 career victories, 198 of them came with the Mets

Tom Seaver, considered to be the greatest Mets player of all time and one of the best pitchers in the history of the game who led the Amazins' to the improbable 1969 World Series title, died Wednesday. He was 75.

The Baseball Hall of Fame said in a release that Seaver died in his sleep of complications from Lewy body dementia and COVID-19.

A three-time Cy Young Award winner and a 12-time All-Star, Seaver spent the first 12 years of his career with the Mets. Of his 311 career victories, 198 of them came with the Mets. 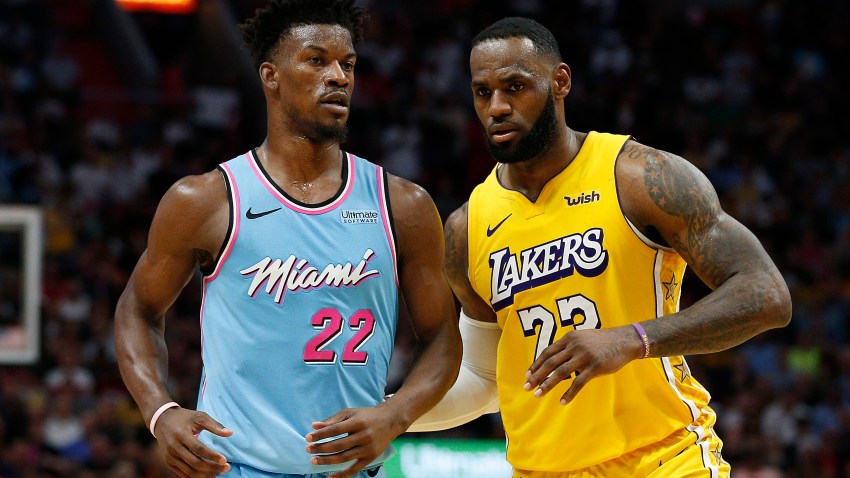 MLB Commissioner Rob Manfred said in a statement that Seaver "was a gentleman who represented the best of our National Pastime. He was synonymous with the New York Mets and their unforgettable 1969 season. After their improbable World Series Championship, Tom became a household name to baseball fans – a responsibility he carried out with distinction throughout his life. On behalf of Major League Baseball, I extend my condolences to Tom’s family, his admirers throughout our game, Mets fans, and the many people he touched.”

"We are heartbroken to share that our beloved husband and father has passed away," said his wife Nancy Seaver and daughters Sarah and Anne. "We send our love out to his fans, as we mourn his loss with you."

Before being selected by the Mets in a special draft lottery in 1966, Seaver served in the U.S. Marine Corps.

Seaver broke into the big leagues as a 22-year-old in 1967, winning the Rookie of the Year award. Two years later, he won his first Cy Young award, leading the team with 25 wins en route to the World Series title — the first in franchise's eight-year history, which previously associated mostly with futility.

The Mets legend passed away Monday in his sleep, according to his family.

He would go on to sport the best earned run average in the National League in three of the next four years. In 1970, he tied a then-MLB record by striking out 19 batters in a game against the San Diego Padres, including a record 10 consecutive strikeouts to end the game. He threw a no-hitter as a member of the Cincinnati Reds in 1978, and three years later became the fifth person to record 3,000 strikeouts in a career.

"Tom was nicknamed “The Franchise” and “Tom Terrific” because of how valuable he truly was to our organization and our loyal fans, as his #41 was the first player number retired by the organization in 1988. He was simply the greatest Mets player of all-time and among the best to ever play the game," Mets owners Fred and Jeff Wilpon said in a statement. "Beyond the multitude of awards, records, accolades, World Series Championship, All-Star appearances, and just overall brilliance, we will always remember Tom for his passion and devotion to his family, the game of baseball, and his vineyard."

He was an All-Star in each of his fist seven seasons with the team. He would later go on to play with the Cincinnati Reds, Chicago White Sox and Boston Red Sox. He retired in 1987 with a 2.86 ERA over his 20-year career.

Seaver was elected to the Baseball Hall of Fame in 1992 with 98.8 percent of the vote — the closest to a unanimous selection before Mariano Rivera got 100 percent in 2019. The franchise icon dropped out of public life in March 2019 after being diagnosed with dementia.