The former Green Party candidate dislikes both Clinton and Trump, insisting there are other valid choices

Ralph Nader says he has no plans to run for president again, but the man who some blame for Al Gore's loss to George W. Bush in the 2000 election insists that third-party candidates are still not "spoilers."

The political activist and former candidate dismissed the idea that there are no choices in what is shaping up to be a tight race between Democrat Hillary Clinton and Republican Donald Trump.

Nader pointed to the Green and Libertarian parties as viable options for the presidency, and even advocated people writing in a protest vote, or "your own name in if you have to."

US to Get 9th Justice With Dems Powerless to Block Barrett 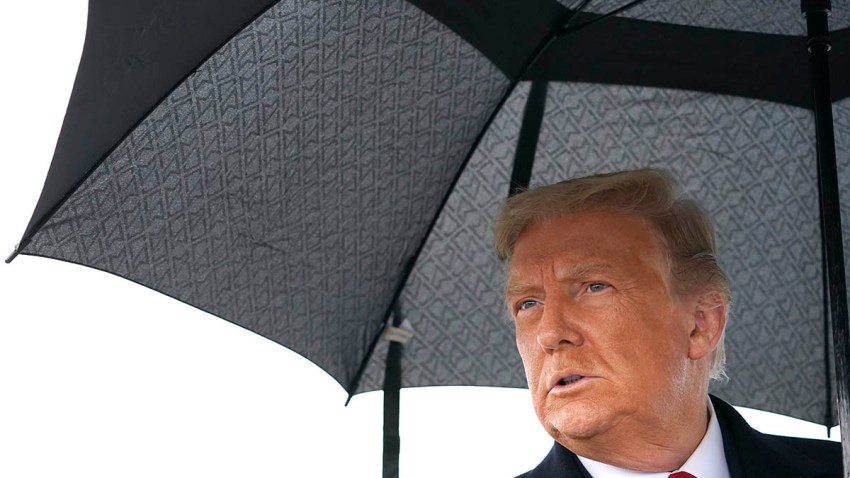 Activists among Democrats and Republicans are fighting against write-in votes, hoping to win as many as possible from outside their parties. But Nader, who recently wrote a book called "Breaking Through Power" for people discouraged by the electoral and political systems, denied that writing in names would count as spoiling the election.

“The system is spoiled,” Nader told NBC Washington’s Barbara Harrison, “and anybody who wants to run to clean it up should never be called a spoiler.”

The charge is a familiar one to Nader, who some claim would have given Gore a victory in the critical toss-up state of Florida in 2000 if he'd told his supporters to vote for the Democrat. Gore lost the state by a slim margin, though Nader's defenders note there are many factors for Gore's loss, including losing his home state of Tennessee.

Nader told NBC Washington that in this election, both the leading candidates are highly flawed, agreeing with a statement former Secretary of State Colin Powell made in leaked emails that Clinton has “a lot of hubris” that gets her into trouble.

“She’s not transformational, as he said,” Nader added.

But Nader called the prospect of a Trump presidency dangerous because of a tendency to lash out when his "ego's been ruffled."

“If you take his personal lack of impulse control, everything is his ego,” Nader said. “You have a foreign leader that criticized him, he’ll go nuts.”