Philadelphia enforced a 9 p.m. curfew Wednesday in an attempt to stop looting and keep people and police safe after nights of unrest following the shooting death of Walter Wallace Jr.

A citywide curfew was in effect for Philadelphia Wednesday into Thursday following two nights of protests, unrest and looting in the aftermath of Philadelphia police shooting and killing Walter Wallace Jr.

The curfew went into effect at 9 p.m. Wednesday and lasted through 6 a.m. Thursday. Residents were urged to stay inside during that time. Grocery stores, restaurants and pharmacies could choose to operate delivery services past 9 p.m.

The Pennsylvania State Police Mounted Patrol Unit gathered in Center City while Philadelphia police officers lined up outside the 18th District headquarters on 55th and Pine streets to enforce the curfew.

A handful of protesters were arrested outside the 18th District. Police said they refused to leave for the curfew after receiving several warnings.

About an hour after the curfew began, several looters broke into the Lord & Taylor store on City Avenue near Belmont Avenue in Bala Cynwyd, Montgomery County.

Responding police officers chased after the suspects and captured one man on 54th Street and Pennsgrove Avenue. Police said they also recovered a gun. There were also reports of looters trying to break into the nearby Target store on the Philadelphia side of City Avenue.

Overall, looting seemed to be limited compared to the two previous nights.

With a Philadelphia curfew in effect overnight, businesses on both the Philadelphia and Montgomery County sides of City Avenue were still hit by looters overnight, but police quickly chased them away. NBC10's Randy Gyllenhaal reports on the overnight curfew in Philly that was put in effect after nights of unrest following the police killing of Walter Wallace Jr.

Ahead of the curfew, Gov. Tom Wolf signed a proclamation of disaster emergency for Philadelphia.

Wolf's proclamation authorized state agencies to use all available resources and personnel to help Philadelphia deal with the continued unrest.

"Over the last few days, hundreds of people have gathered to peacefully speak out against social injustice, but their voices are being drowned out by others who are taking advantage of this fragile time in their city to sow mayhem and discord," Gov. Wolf said. "I signed this proclamation so commonwealth resources can be provided quickly to protect lives and property."

Businesses in neighborhoods throughout the city boarded up Wednesday ahead of the curfew. Walter Wallace Jr.'s father said the looting does not honor his son.

"I'm against this looting and tearing up the city," Walter Wallace Sr. said. "We need to come together instead of divide. We're tearing up our own community, resources and will have nothing to go back to."

Police said they've seen a concentration on big box stores in areas where looters can gather quickly. They also said they're noticing more of a spontaneous pop up element to the looting compared to the looting that took place in May and June.

Philadelphia is using roving teams of officers that specialize in responding to looting calls. Commissioner Danielle Outlaw described the curfew as an additional tool.

"At some point, we have to make that we are not only continuously evaluating the effectiveness of the curfews, but evaluating to determine if we're reaching the point of diminishing returns," Outlaw said.

Most of the protests after two Philadelphia police officers shot a knife-wielding Wallace during a domestic call in the city’s Cobbs Creek neighborhood have remained peaceful, however, there have been clashes with police at times in West Philadelphia. Some of the protesters threw rocks, water bottles and other items at responding officers, leaving dozens of officers hurt.

Police say a total of 81 people were arrested between Tuesday night and Wednesday morning with 53 of those arrests being for burglary and eight for assault on police.

During a Wednesday afternoon news conference, Philadelphia Police Commissioner Danielle Outlaw said 23 officers were injured, nine police vehicles were damaged and nine ATM machines were blown up during the unrest. All of the injured officers were treated at the hospital and later released.

Outlaw said some of the officers were hit by bricks, rocks and even blood.

"We've heard reports of officers saying they're throwing Molotov cocktails, they're bringing bricks in backpacks," Outlaw said. "We're not talking about little rocks, stones and pebbles. These are folks intentional on bringing certain things to hurt us." 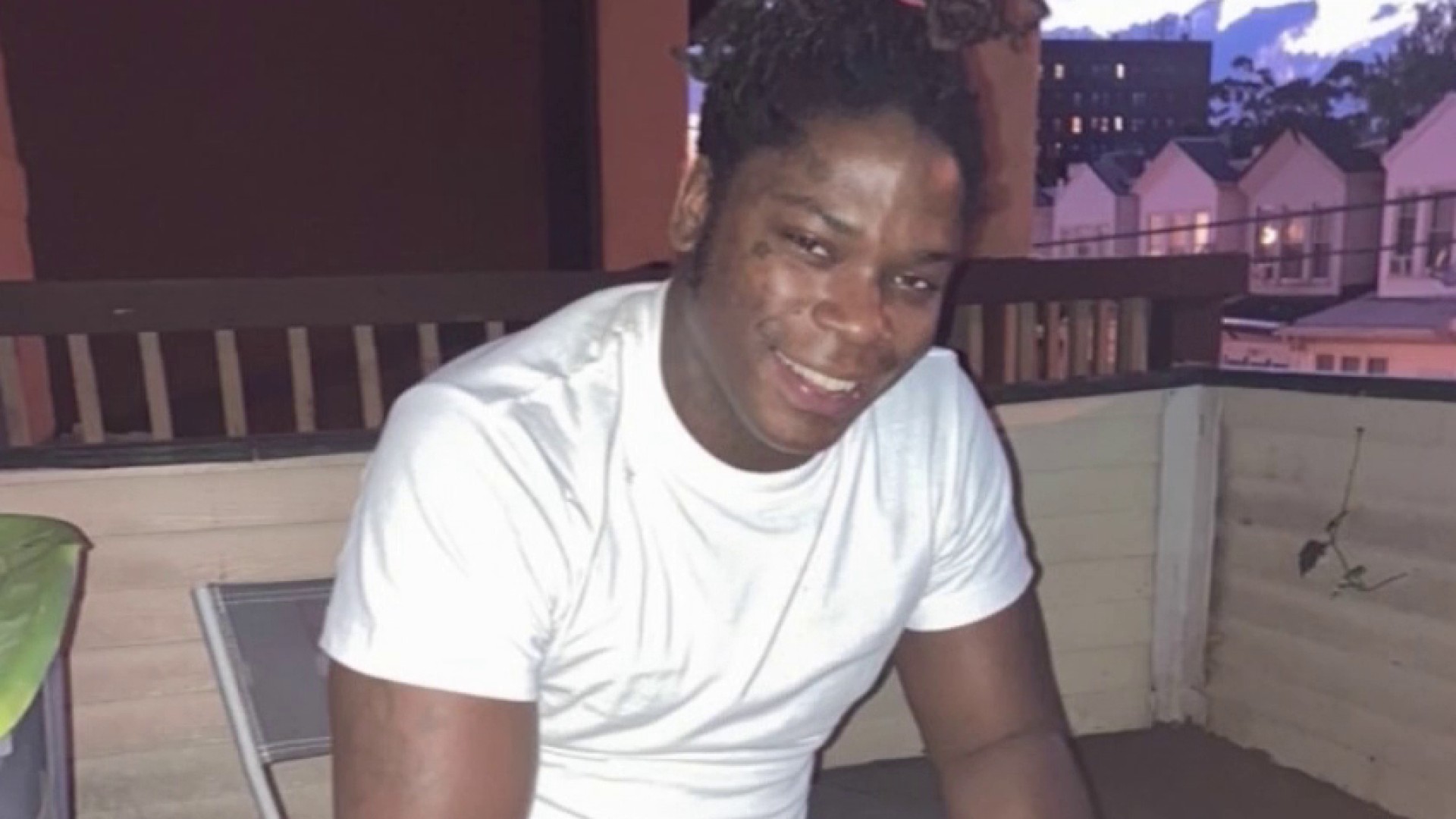 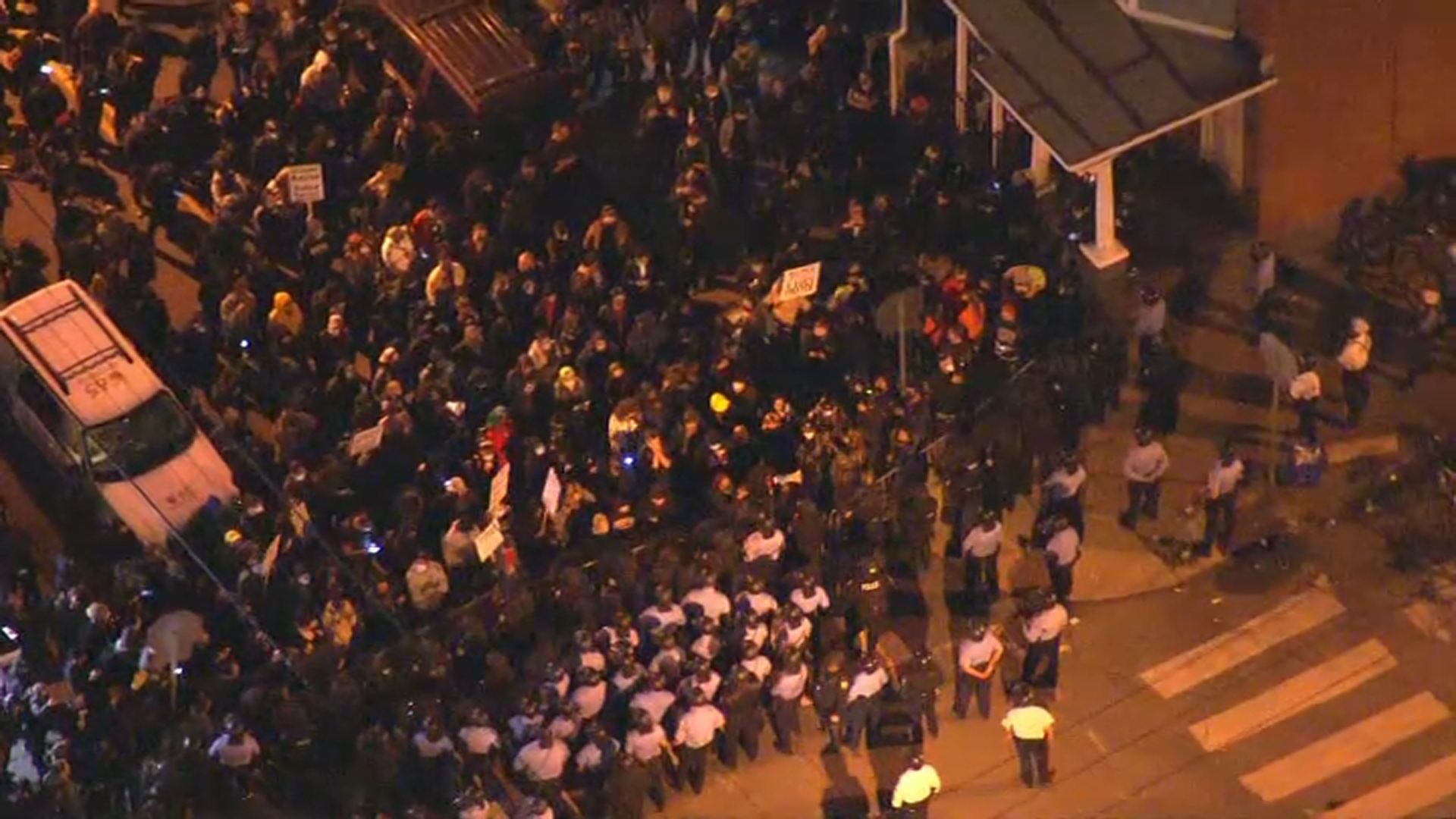 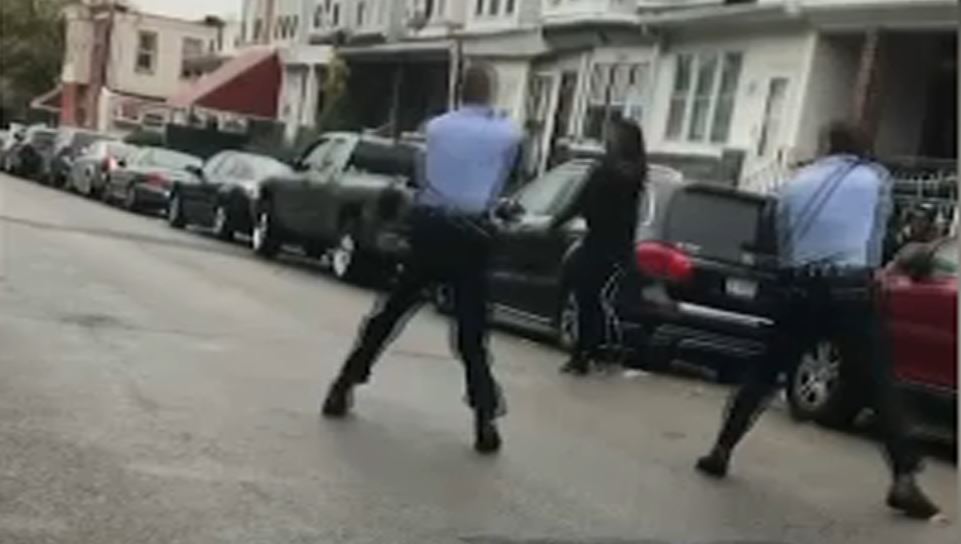 Looters have ransacked stores in West Philly, Port Richmond and other neighborhoods over the past couple of nights.

Wallace, a 27-year-old Black man, was shot and killed Monday night in the Cobbs Creek neighborhood. The officers shot him after he refused to put down a knife, police said. The investigation into the deadly shooting continues and the officers have yet to be named.

Wallace's family said he was a husband, father and aspiring musician who struggled with mental health issues. Wallace’s family has urged people not to loot in their loved one’s name.

Outlaw said Wednesday that the 911 calls and body cam videos of the shooting will be released "in the near future." She also said Wallace's family would see the footage before it was released to the public.