Firefighters found flames coming from a second-floor bedroom when they arrived at the scene on South Millick Street near Baltimore Avenue in Cobbs Creek early Friday.

The victim's name was not immediately released and his age wasn't clear. Philadelphia Fire Commissioner Adam Thiel said a 39-year-old man escaped the fire and was hospitalized with burns.

It took fire crews two hours to get the blaze under control due to conditions.

The flames spread to a number of adjacent homes, where an 89-year-old woman was rescued by neighbors. 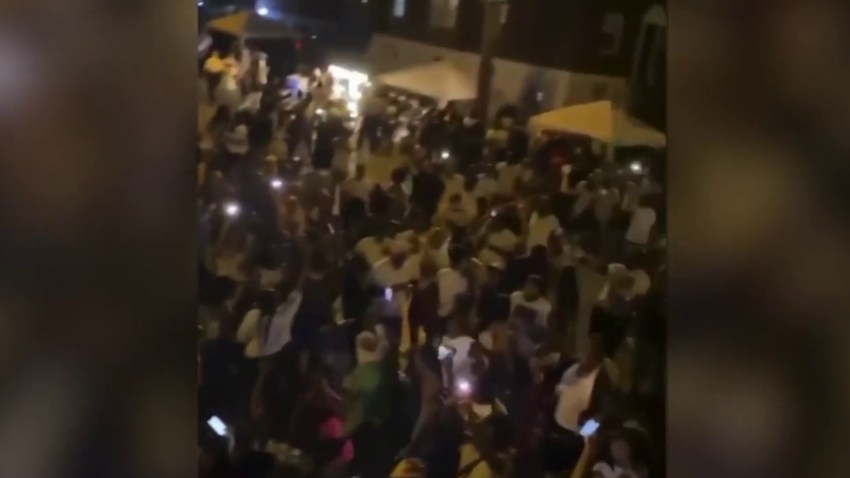 "It's very cold so you can see we're fighting ice right now, the wind actually drove the fire... drove it into two adjacent houses," said Thiel.

The cause of the fire remained under investigation Friday morning.