Police say the Del. woman let her son drive himself to elementary school

Delaware police say that a Dover mom is facing child endangerment charges after she let her child drive himself to school on Tuesday.

And the mother told NBC Philadelphia that she didn't know what she was doing was illegal.

Authorities arrested Oneal after a witness saw Oneal’s 9-year-old son get out of the driver’s seat of a Toyota Corolla as his mother moved from the passenger seat to the driver's side in the school parking lot.

Police say Oneal allowed the child to drive himself to W. Reily Brown Elementary School while she rode shotgun.

The Lineup 28 mins ago

Why Did Hours Go by Before Amber Alert Was Issued?: The Lineup 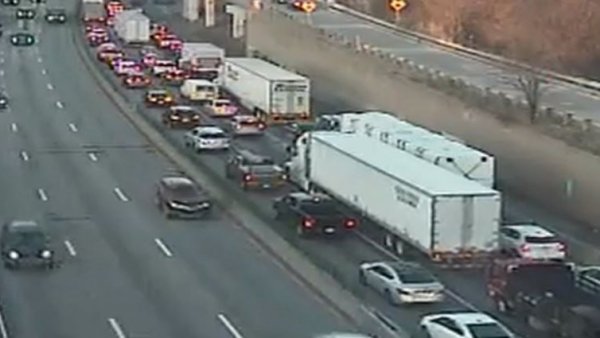 "He’s very careful, he does the speed limit and I let him drive from here to not even a dag-gone block," Oneal told NBC Philadelphia's Deanna Durante Wednesday.

"I’m pretty sure everybody does stuff with their kids."

Oneal was arrested Tuesday and released on $1,000 bail, according police.

She vows to never do anything like this again, she said.