Jeremy Maclin announced on Sunday that he's officially retiring after eight seasons in the NFL, five of them spent with the Eagles.

Maclin's stay in Philly wasn't extremely long, but he did put up some big-time numbers in his five seasons. 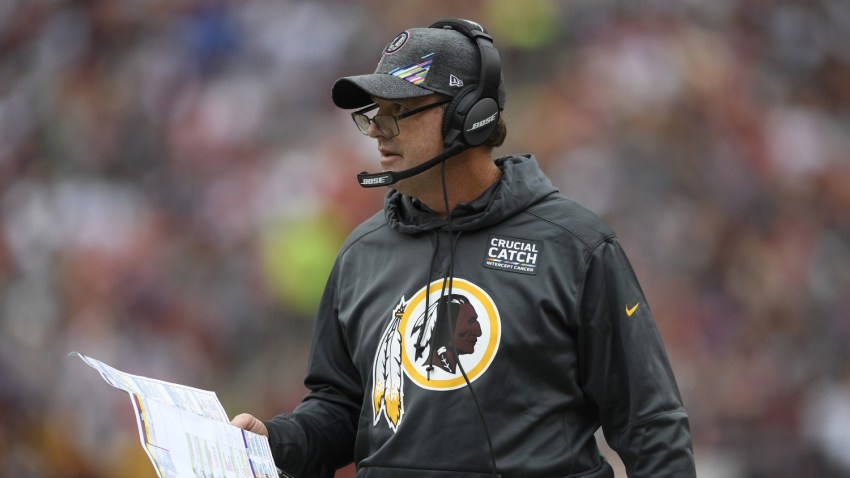 In an Eagles uniform, Maclin caught 343 passes for 4,771 yards and 36 touchdowns. He played just 75 career games with the Eagles, but the former first-round pick in 2009 put himself in the record book.

• Maclin's 343 receptions rank 10th all-time in Eagles history. The only other player in the top 20 with fewer games played is Jordan Matthews, who is all the way at No. 20.

• During his time with the Eagles (2009-14), he was one of just 15 players in the NFL to put up his stats or better. And that includes the season he missed.

Aside from the numbers, Maclin made some huge plays while with the Eagles. And even though he played for the Chiefs and Ravens after he left Philly, he'll be remembered as an Eagle.

Maclin signed a five-year, $55 million deal to join the Chiefs before the 2015 season, but played just two of those years. His first season, he went over 1,000 yards, but he was hampered by injuries in 2016 and had just 536 yards the next year. Maclin's only season in Baltimore was 2017, when he caught 40 passes for 440 yards and three touchdowns. The Ravens cut him a little over a year ago and Maclin wasn't in the league during the 2018 season.

Now, he's retired. But even though he didn't play for the Eagles very long, he definitely made his mark.