Twenty Years After 9/11, Responders and Survivors Are Still Getting Sick

Two decades ago, after New York City’s World Trade Center collapsed into rubble, Elizabeth Cascio ferried body parts off what quickly became known as “the pile.” She navigated over the crushed buildings in a souped up golf cart to bring the remains of people killed in the terrorist attack to a temporary morgue nearby. She knew within the first days that rescuers were not going to find anyone alive.

She also knew, as she choked on the dust that enveloped the area, that she was exposing herself to a toxic mix that was jeopardizing her health.

“I remember holding my breath for as long as I could thinking, ‘Oh this is really bad,’” said Cascio, then an emergency medical technician and now the first woman named as chief of staff for the Fire Department of New York. “‘These are particles that are trying to go down my throat and up my nose and I could feel them. This is not good, this is not going to be good for my lungs.’ But you hold your breath as long as you can and then that’s it.”

The dust proved to be dangerous in ways Casio didn’t expect and in 2019, she was diagnosed with invasive cervical cancer. After months of painful treatment, her cancer is in remission.

She is among about 75% of the New York City Fire Department's firefighters and emergency medical technicians who became ill from diseases linked to the World Trade Center debris and who are being monitored and treated through a federally funded program. Two decades after Osama bin Laden ordered the attacks on the Twin Towers, doctors say the World Trade Center Health Program has shown the dramatic difference early detection and treatment can make and the critical need to wear masks.

But doctors and others warn that other diseases could still be traced to the attacks -- pulmonary fibrosis, for example, as a result of asbestos in the buildings.

“The story is not finished on that,” said Dr. David Prezant, the chief medical officer for the city’s fire department.

In all, more than 112,000 emergency responders, clean-up workers, volunteers and residents are enrolled in the World Trade Center Health Program not only in New York City but also people who were affected by the attacks at the Pentagon and in Shanksville, Pennsylvania, where the fourth airplane crashed. Approximately 15,000 of them are members of New York City's fire department — firefighters, Emergency Medical Services personnel and others — who were exposed to dust, gases, chemicals, particulates and fibers over the 10 months that they searched for the bodies of the 2,753 people who died at the World Trade Center. Of those, about 11,000 have been diagnosed with cancer, lung ailments, post-traumatic stress disorder and other diseases.

Doctors point to the cancer mortality rate as proof that the monitoring and treatment the program provides is saving lives.

Although among firefighters there was a 10 to 30% increase in cancer compared to the general population in the eight years after the Twin Towers fell, their mortality rate is 34% lower than demographically similar New York residents with cancer, according to a report released for the anniversary, “Health Impacts on FDNY Rescue/Recovery Workers 20 Years: 2001 to 2021.” And 83% of first responders diagnosed with cancer are still alive five to 10 years later.

“Their life span is longer and that is definite evidence that this program is changing outcomes,” Prezant said. The Decades Between: Photos From 9/11 and Now 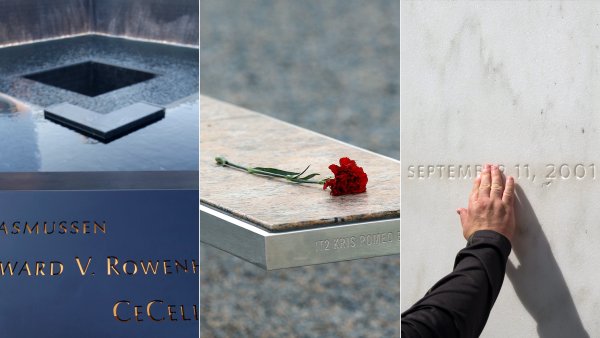 Remembering the Victims: These Are the People Who Died in the Sept. 11 Attacks

The fire department’s report is the third to be released since the attacks. The first focused on the magnitude of the health problems the responders suffered — the numbers who were sick with conditions such as pulmonary diseases, acid reflux, post-traumatic stress disorder and chronic sinusitis, and the severity of their conditions. One was a dramatic drop in the function of their lungs, 12 times what would normally be expected, for example, Prezant said.

The second report detailed statistical evidence presented in the medical journal The Lancet that showed the increase in cancer only eight years after the attacks.

“And it found that … while all cancers are increased it’s primarily being driven by prostate cancer, thyroid cancer, certain hematological malignancies and colon cancer,” Prezant said. “We certainly would have expected hematologic cancers. The others were not expected.”

One feared increase that did not materialize was an explosion of lung cancer.

“If you had asked me 20 years ago, what I thought today was going to be like, I would have had a lot more dire forecasting,” said Dr. Michael Crane, the medical director of the World Trade Center Health Program Clinical Center of Excellence at Mount Sinai Hospital.

Crane said that he had been particularly worried about lung cancer, given the toxins being released and the limited use of respiratory protection.

"They had respiratory protection, at least after a little while they did, but the cartridges would plug up and they wouldn't have enough spares to last their shift," Crane said.

"You saw all the pictures of the folks wearing the mask down over their chest as opposed to over their face because they couldn’t breathe through it," he said.

But the lung cancer rates remained lower than that of New York State as a whole, and Crane, Prezant and others credit both a generally healthy group of men and women and an aggressive anti-smoking program that the fire department began after the Sept. 11 attacks. Before the attacks, between 16% to 19% of the department were smokers. Today it is less than 5%, Prezant said.

"That is a real tribute again to the program," he said.

In the years since 2001, diseases have been added to the list of those covered by the World Trade Center Health Program, among them pancreatic cancer, testicular cancer and the invasive cervical cancer which with Casico was diagnosed. The James Zadroga 9/11 Health and Compensation Act established the World Trade Center Health Program and pays for care. It was passed in 2010, signed into law in 2011, and reauthorized in 2015, after a battle with Congress championed by the former "Daily Show" host Jon Stewart. Stewart had supported the original law.

Women make up only about 3% of those enrolled through the fire department.

Cascio worked at the World Trade Center in a Gator, a six-wheel, diesel powered cart with room for a stretcher and equipment. Her story is featured in the latest report from the fire department and she said she decided to go public to make sure other women who were there understand the risks they might face.

“I feel like I have a duty to the women,” she said.

All of the most recent diseases to have been added were cancers. Prezant said that there are other diseases that the medical professionals believe should be considered through the Zadroga act, chief among them autoimmune diseases and cardiovascular diseases.

"Currently both of these conditions — autoimmune and cardiovascular — have been on their radar but there’s been no action taken to date," he said. "We hope that will change."

Other diseases may still show up in worrying numbers, doctors warn. Pulmonary fibrosis can occur in two waves, an early wave immediately and another 20 to 30 years later.

"Now we’re entering into the 20- and 30-year time period and we’ve seen increased numbers of pulmonary fibrosis," Crane said. "Thankfully not large numbers since it’s so difficult to treat."

Doctors are still trying to determine whether dementia and other cognitive problems some responders are experiencing could be linked to the World Trade Centers or are the result of aging alone. The average age of the firefighters' group in 2001 was 41.

The neurologic problems are very hard to distinguish from aging, Prezant said.

"Being able to prove that a disease is occurring more commonly in people exposed to the World Trade Center becomes difficult," he said. "But that doesn’t mean we shouldn’t be looking and trying as hard we can to be able to tell the story because that’s what the people who were exposed there deserve and that’s what we promised them.

The other hard lesson learned from the terrorist attacks: the danger of not wearing a mask.

The first day, when an enormous cloud of dust covered Lower Manhattan, more than 50% of the fire department’s responders did not wear masks or respirators. Even those who had what is called self-contained breathing apparatus had clean air only for about 15 minutes. After September, the numbers who wore a respirator rose but remained under 50%.

Today, masks with respirators can provide protection against particulates in the air or even chemical, biological, radiological or nuclear contamination.

No one interviewed said that firefighters and others had second thoughts about spending months on the site of the World Trade Center even when they knew there was no chance anyone was alive.

“This is their calling,” Prezant said of the firefighters. “This is not a job. This is what they’re here on Earth to do.”

Poet Joan Murray wrote "Survivors – Found" on an NYC-bound Amtrak train four days after the 9/11 terrorist attacks. She met some firemen who were on their way to look for survivors and was inspired to write about those who survived that day. Twenty years later, we look back on that day through her words.

Prezant understands the impulse to rush to help and said if an attack were to happen again, he would expect the same kind of heroism. But once it becomes clear that there are no longer survivors, no one should be allowed on a disaster site without complete personal protective equipment, he said.

"There really needs to be a total clampdown on anybody involved in a rescue recovery effort whether they be career paid or volunteer workers," he said.
"They should not be allowed on the site without proper personal protective equipment for that particular type of exposure and any lack of compliance should not be tolerated."

Prezant would have all responders issued electronic identity cards that would capture how many hours and days they were working and perhaps even their exposure to toxins.

“By using that you would limit hours there,” he said. “You would not have people continuously on site.”

Richard Duffy, a retired safety official with the International Association of Firefighters, said he thought that if a terrorist attack happened again, the majority of firefighters would respond the same way. The question would be the next day.

Cascio is not sure how first responders would react to restrictions. On September 11, 343 firefighters died when the towers collapsed.

“How do you turn off that emotional connection people were feeling?” she asked. “Could we try to implement a policy like that? I’d say maybe, maybe not.”

Cascio believes she’s alive because of early detection. Like the other first responders, she has been monitored yearly in the years since the terrorist attacks. She had already had CAT scans for nodules in her lungs that are not cancerous and treatment for inflamed sinuses that had led to crippling sinus headaches.

When she first had trouble urinating she went to a urologist, who suspected multiple sclerosis, and so when she received her cancer diagnosis, she was almost relieved. At least cancer, though frightening, was treatable, she thought.

Her treatment was difficult, chemotherapy and an in-hospital radiation procedure called brachytherapy in which radiation was placed directly into her tumor through catheters.

“The brachytherapy was the most painful thing I’ve ever had in my life,” she said. “I woke up from the anesthesia crying, real tears crying, begging for the pain medication. I barely take Tylenol, and so for me to beg for pain medication was a really significant thing.”

Cascio said she had no regrets even after the search quickly turned from partial bodies to only body parts, even after her diagnosis. The danger is part of the job, she said.

"If it happened again I wouldn't think twice about responding," she said.