How Penn's Relationship with West Philly Evolved Under Amy Gutmann

Gutmann, who is leaving the University of Pennsylvania after 17 years as president, worked to better integrate Penn into the West Philadelphia community, investing money, time and resources, according to those who worked with her in the community and at the school district.

On her third day as president of the University of Pennsylvania in 2004, Amy Gutmann received a tour of West Philadelphia from longtime resident Glenn Bryan.

Bryan, the assistant vice president of community relations at Penn, showed her around the various neighborhoods, explaining their history.

As a result of the tour, Gutmann decided to kick off her tenure in the community. During the Penn-West Philadelphia Community Partnership Celebration on Oct. 9 of that year, she wore a red t-shirt and jeans with paint-splattered shoes to paint lockers at the Sayre School on 58th and Walnut streets.

"There is no better way I could have imagined to kick off my inauguration," Gutmann told The Daily Pennsylvanian, Penn’s school newspaper, at the time.

Bryan, who has been at Penn since 1995 and served under three presidents, said Gutmann’s inauguration was symbolic of her emphasis on local engagement.

“She was the first president to have part of her inauguration in the community,” Bryan said. “It was kind of a big deal.”

Now, Gutmann is on her way out, having been nominated to serve as U.S. ambassador to Germany by President Joe Biden. She said in a news release that she plans to serve until the end of her presidency in June 2022 or until there is a Senate confirmation.

As Gutmann wraps up her time at Penn, here is a look back at her presidency.

Gutmann worked to better integrate Penn into the West Philadelphia community, investing money, time and resources, according to those who worked with her in the community and at the school district.

Penn strengthened partnerships with local schools and added new ones. It worked to make the area safer, pouring money into local improvements — and raising property values in the process.

People close to Gutmann say that it was under her leadership that engagement became core to the university’s mission. It is Gutmann who introduced the Penn Compact, which focuses on community engagement and includes the President’s Engagement Prizes. They are awarded annually to allow seniors to undertake fully-funded local, national or global engagement efforts after graduation.

Drexel University economist Kevin Gillen said the increases can be attributed in part to investments made by Penn and Drexel in the area. This includes improved lighting, signage and sidewalk, maintenance of green spaces, a greater retail mix and increased public safety efforts.

These efforts, however, have made surrounding neighborhoods less affordable, Gillen said.

“If you owned a home that you bought prior to 2000, you’ve done quite well,” he said. “Of course the flip side of that is that it makes housing less affordable to incoming or new homebuyers as well as to renters.”

Penn’s Contributions to the School District of Philadelphia

There are currently eight university-assisted community schools in West Philadelphia, which Founding Director of Penn’s Netter Center for Community Partnerships Ira Harkavy said is a significant increase from the start of Gutmann’s term.

The Netter Center, which also offers more than 70 academically based community service courses, was endowed in 2007, giving the center more funding to hire staff and add courses.

Student athletes from Penn's swim team teach kids how to swim to eliminate racial disparities in drownings and improve representation in the sport. NBC10's Brandon Hudson has the details on the program, called We Can Swim.

The center’s budget has increased from $2.5 million in FY04 to $6.7 million in FY20, and the number of students involved with the center nearly doubled, from 1,625 students to 3,150 students. The majority of these students work with the university-assisted community schools in West Philadelphia.

One example of the collaboration is the Penn Alexander School, a K-8 public school located on 43rd and Locust Streets, just a few blocks from Penn’s campus. The partnership involving Penn Alexander, Penn, the School District of Philadelphia and the Federation of Teachers started before Gutmann became president, but has grown during her tenure.

“Very early on, [Gutmann] wanted to make it known that it was her desire to ensure Penn was doing everything it could possibly do to help us educate the children of the city of Philadelphia,” Hite said.

Penn also has a close relationship with West Philadelphia’s Henry C. Lea School, which is located at 4700 Locust St. Although the relationship began in the 1960s, Gutmann deepened the partnership in 2013. Eighteen organizations across Penn, including the Netter Center, now operate more than 40 school-day and after-school programs at the Lea School.

When Gutmann was awarded the prestigious Pennsylvania Society Gold Medal for Distinguished Achievement in 2019, she chose to donate her $50,000 philanthropic gift to the Lea School. Penn matched the donation, giving the school $100,000 to buy new technologies for students and teachers.

In 2020, Penn announced a $100 million donation to the School District to address environmental concerns over a 10-year period. The announcement came after the university faced significant criticism from students, faculty and community members to make Payments in Lieu of Taxes, known as PILOTs, to the city.

“That is a drop in the bucket and Penn can’t stop there,” Muhammad said. “There is much more reparative actions necessary.”

Muhammad, who grew up attending West Philly schools, said Penn has not had any meaningful involvement in the School District. Rather, they said the university only comes into the schools to use low-income, Black children to make a claim of social good.

“[Penn] hasn’t invested in real ways in our education. Throwing a few million at a public school does nothing to shift course on all the many, many violences that Penn perpetuates. There’s no amount of giving to public schools that I think is sufficient,” Muhammad said.

The Delaware Waterfront Authority is seeking public input to help chose what artwork could be included in the 11-acre park coming to Penn's Landing. People will have several options to chose from on the survey.

Former chair of the Board of Trustees at Penn David L. Cohen, however, said that Penn’s neighbors are focused on results, not PILOTs.

“Penn’s responsibility is not to write checks for particular constituencies in the community,” Cohen said. “Penn has to be a thoughtful steward of university assets and our philosophy has been to support the community.” 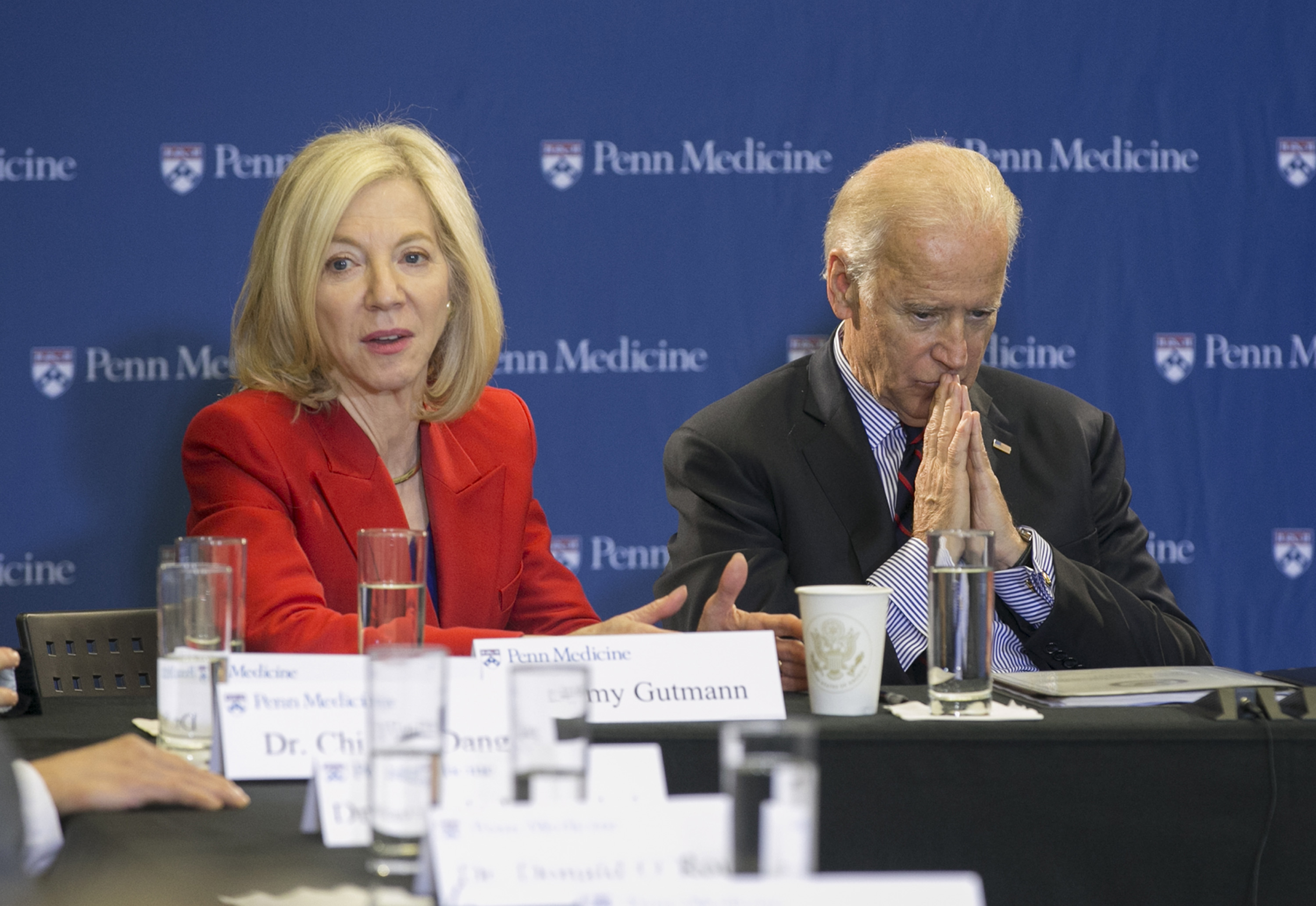 Penn President Amy Gutmann Nominated to Be Ambassador to Germany 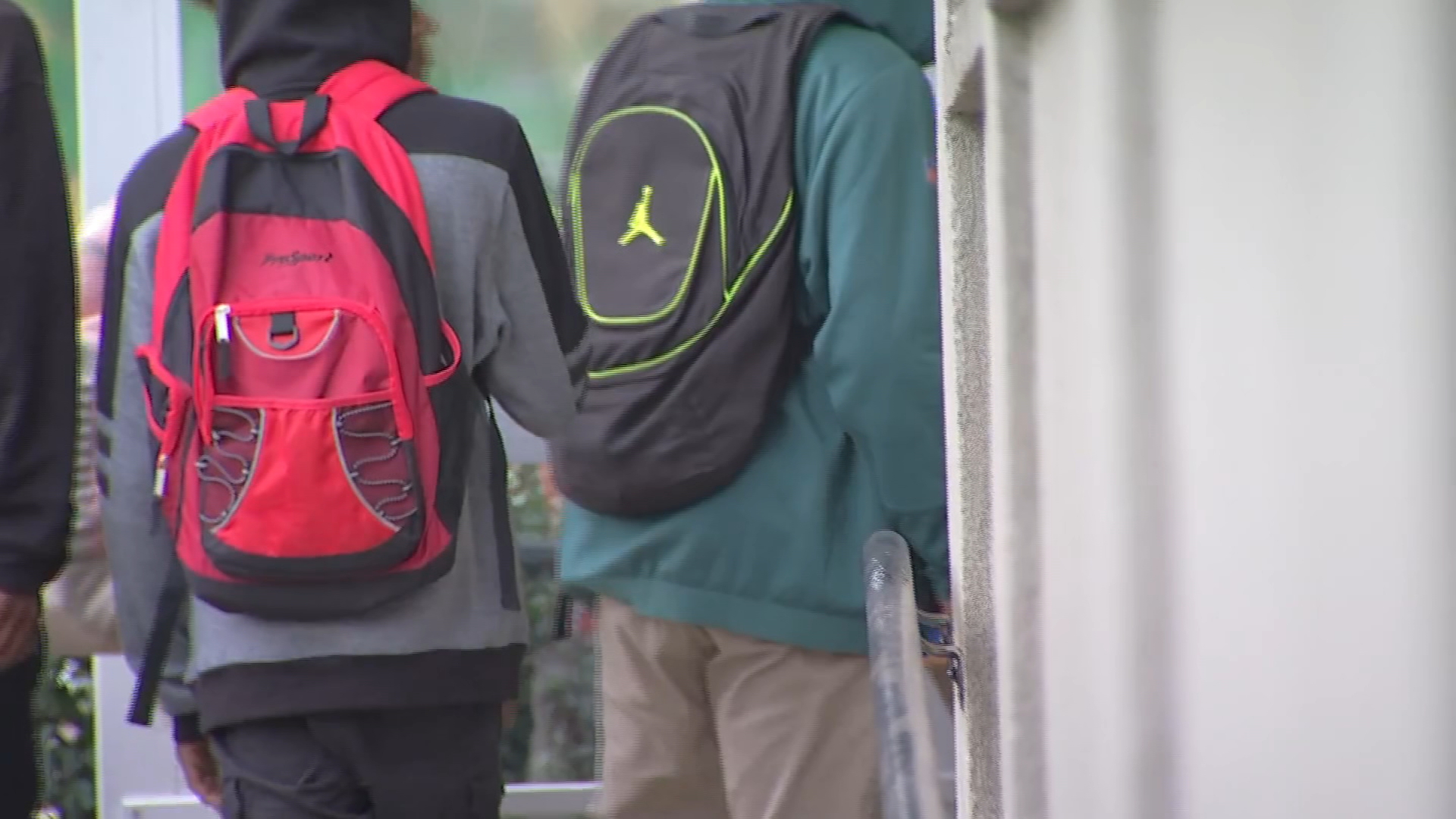 Cohen praised Gutmann for the safety enhancements that took place under her leadership, including increased police protection which he said has enhanced the security of West Philadelphia for students and long-time residents. The Penn Police Department currently has 121 sworn officers, up from 99 in 2004.

University City District, which is a partnership of West Philadelphia institutions, businesses and residents including Penn, has also contributed to beautification efforts in the area in recent years. One project included sprucing up the 40th Street Trolley Portal which sits at the edge of Penn’s campus. The $4.5 million public-private project improved pedestrian safety and storm water management.

According to Cohen, while Penn does run the risk of gentrification, Gutmann has made sure to communicate with residents about new projects and maintain a sensitivity to the character of surrounding neighborhoods.

Cohen added that while the increase in property values has created some issues for low-income West Philadelphia residents, it has also made residents’ homes more valuable.

“You can’t just take a snapshot and say ‘gee whiz, property values went up x and they’re no longer affordable,’” Cohen said. “You have to look at the population that has been enabled to be able to afford homes with those higher property values and to be in close proximity to schools like Sadie Alexander.”

During Gutmann’s time, the university expanded the boundaries of its Home Ownership Services program, which incentivizes employees to buy homes in West Philadelphia. The school offers staff members interested in living near Penn’s campus a $7,500 forgivable loan that can be used for closing costs, down payments and home improvements.

Gillen said this program, which encourages investment in the housing stock from homeowners, has contributed to the rising property values in West Philadelphia.

“As house prices go up, rents tend to go up in tandem with them, so there has been a greater need for more affordable housing,” Gillen said.

But in addition to the rising cost of housing, there has also been an increased commitment from the university to create jobs for local residents.

The program’s pillars include increasing employment opportunities, supporting local small businesses and awarding 25% of construction contracts to minority and women-owned companies with 20% of the field workforce consisting of minorities and women.

Jabari Jones, president of West Philadelphia's largest business association, said his organization has a strong relationship with Penn, and taps into their resources often.

Jones, who is head of the West Philadelphia Corridor Collaborative, sits on the Procurement Working Committee for Economic Inclusion which works with the university to make sure local, Black-owned and other diverse companies have a fair shot at winning contracts with the university. Jones said that the dollar amounts of contracts going to minorities and local businesses have increased every year of Gutmann’s tenure.

“The strides that President Gutmann has made have helped slowly but surely build trust with the community,” he said. “It’s going to be a long process.”

Jones said Penn should focus more on supporting smaller businesses and connecting them with the university’s educational resources. He added that he would love to see the university use its endowment, which stands at $14.9 billion, to invest more in community-driven projects.

Bryan, who grew up in West Philadelphia and attended Penn before being hired as the assistant vice president of community relations, said relations between the school and community have improved dramatically since he was a kid.

Still, it remains a work in progress.

“[Gutmann] really organized the challenge to do more, and to do it better,” Bryan said. “I think that’s a very important part of her legacy.”