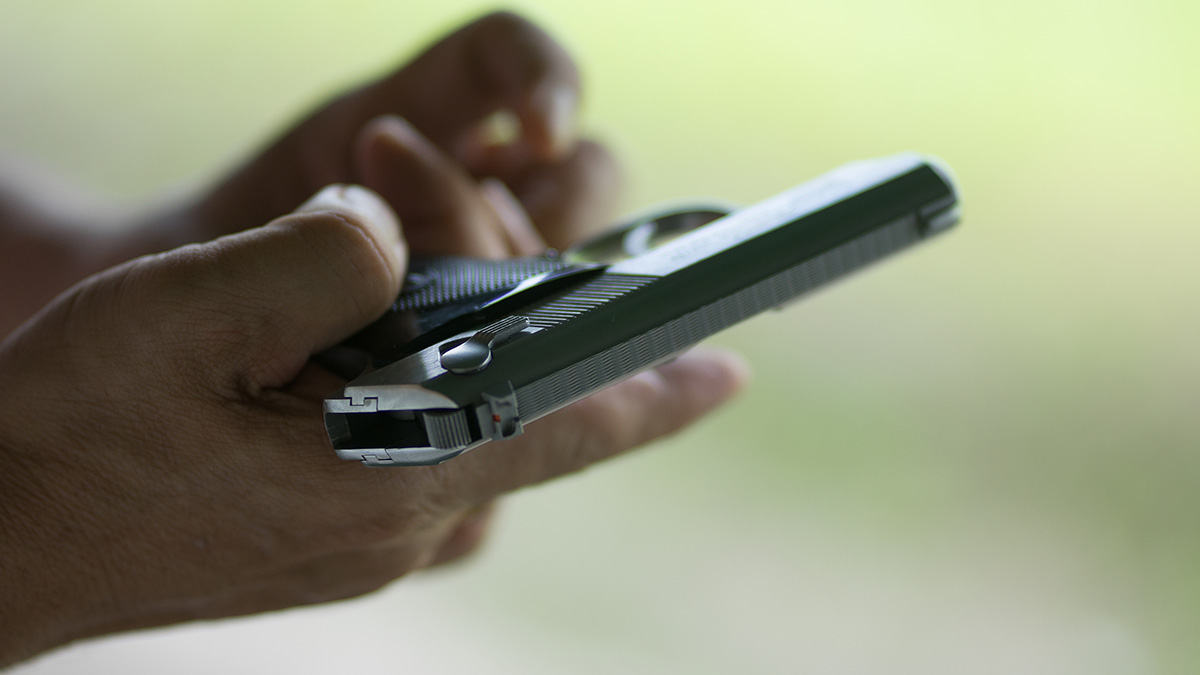 Here's Where Illegal Guns Are in Philly

Undercover investigations are taking guns off the street, but agents can't keep up with the flow of illegal firearms. Data shows where gun homicides and gun crimes are happening most.

Plastic bags covered the rifle as the federal agent got into the car.

He was there to make a buy but also to gain trust from the illegal seller and parse some information. As the number of gun crimes in Philadelphia soar, where are the guns coming from?

In 2018, the Bureau of Alcohol, Tobacco and Firearms traced and recovered more than 11,000 guns throughout Pennsylvania. Of those, agents found nearly 4,000 in Philadelphia.

The undercover officer had done this before. Once, he recalled, he bought an Uzi in Germantown. In a recent operation, he worked carefully over the course of two months. In that time, court records showed he bought a number of illegal handguns and an assault rifle. Two of the weapons were traced back to shootings in Philadelphia.

According to the ATF, the sting yielded guns coming in from the Carolinas, Georgia and Florida.

The biggest flow is close to home, however. Most of the weapons recovered in Pennsylvania in 2018 were traced back to legal purchases in the state. Other times, they were stolen during one of the many gun shop robberies in the state, ATF data shows.

Illegal firearms in Philadelphia have been a problem for decades. But city homicides have increased, and a public perception that gun crimes are making the city more dangerous has accompanied the rising murder rate.

An open-air squabble between the city's two most powerful law enforcement officials, District Attorney Larry Krasner and U.S. Attorney for the Eastern District of Pennsylvania Williams McSwain, has not halted the rising violence.

Here are the blocks in Philadelphia where at least three alleged incidents of illegal gun possession have been reported since 2015, according to data obtained by NBC10 Investigators.

McSwain has argued that Krasner's approach to criminal justice is soft on crime. Krasner, a progressive Democrat, says McSwain, a Republican appointed by President Trump, has no proof.

The federal prosecutor and district attorney in Philly do not agree on how to tackle gun charges. Here’s what NBC10 Investigators’ reporter Mitch Blacher found happens after gun busts in the city.

The case of Tom Petersen's shooting death involves a man eventually convicted in the killing who had a previous gun charge dropped.

Petersen was robbed and shot in North Philadelphia in 2017. A few hours later, he was dead.

“His last words were, ‘I can’t breathe,’” his mother, Linda Petersen said.

Court records show Kalif Tuggle, the man convicted of killing her son, was out on probation when he pulled the trigger. Tuggle is one of 117 murder suspects who, between January 2017 and November 2019, had previously been arrested for gun crimes but against whom prosecutors declined to pursue weapons charges — and instead, prosecuted higher crimes — according to data obtained by NBC10.

“There are certainly scenarios where you can look at a case and kind of scratch your head,” said Brian Wyant, Ph.D., a professor and chairman of LaSalle University’s Criminal Justice Department.

Anthony Voci, chief of the homicide unit at the Philadelphia District Attorney’s Office, defended his office’s practices, saying prosecutors in the current administration are “not lighter or softer” when it comes to pressing gun charges than other administrations.

Prosecutors offer every suspect a plea deal, Voci said, with some crimes not being prosecuted in exchange for a nearly appeal-proof conviction.

“While the gun is important in terms of telling the story of what happened, the charge itself becomes less important because the judge is really focused on the lead charge,” Voci said.

NBC10 Investigators' reporter Mitch Blacher found that prosecutors don't always go after every charge in cases involving guns. He spoke with one of the city's top prosecutors to find out why some charges are dropped.

Not every case NBC10 reviewed was prosecuted under District Attorney Larry Krasner’s administration, but Voci was involved in prosecuting Tuggle for Tom Petersen’s murder.

Under Pennsylvania’s sentencing guidelines, Tuggle could have faced between 18 and 30 months in prison if he was prosecuted for the other gun charges, meaning he could have been in prison the night Tom Petersen was murdered.

Voci acknowledged that had Tuggle been prosecuted on all counts instead of striking a 2015 plea deal in which prosecutors dropped multiple weapons charges, he may have not been out on the streets and able to commit murder.

However, he said the case appeared to be “an absolutely appropriate outcome for a gun case."

“I would never make the argument that somebody with that record going into a gun offense would receive the max consecutive penalty for all of the offenses because it flies in the face of what the criminal justice system is based on, which is fairness,” Voci said.

Incidents involving illegal firearms in Philadelphia increased significantly from 2015 to 2018, according to data obtained by NBC10.

McSwain said the U.S. Attorney’s Office in the Eastern District of Pennsylvania prosecuted 70% more gun crimes in Philadelphia in 2019 than it did in 2018.