As the snow moves out Saturday, rain, freezing rain and sleet is making a mess of roads

A little snow can cause a lot of problems on the roads. As a snowstorm moved through the Delaware Valley Saturday -- with no more than a coating in some areas and up to 3 inches of snow in others -- it led to slick roads and plenty of minor car crashes.

The NBC10 First Alert Weather team has extended its First Alert from noon until 8 p.m. Saturday for Philadelphia, the Pennsylvania suburbs, the Lehigh Valley and Mercer County. 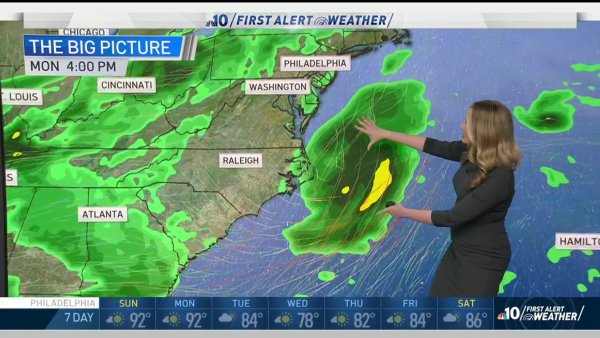 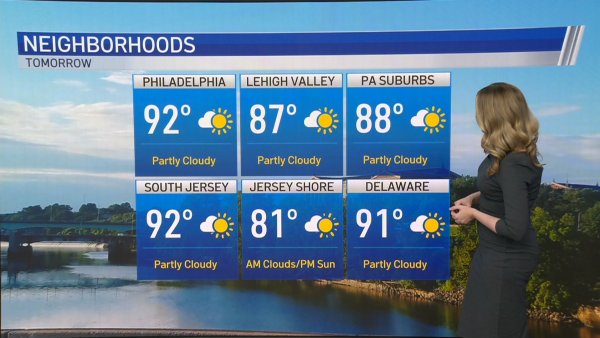 Snow totals reported so far range from 1 inch to 3 inches. Upper Chester County through Berks County and the Lehigh Valley got the most snow.

Philadelphia and its suburbs, including New Jersey, saw more of a dusting.

The Lehigh Valley got up to 3 inches of snow Saturday, and the snow stuck instantly. Though it warmed to freezing rain in the evening, PennDot and local transportation officals were taking no chances with the roads. NBC10's Steven Fisher reports.

By 5 p.m., most neighborhoods transitioned to sleet, freezing rain and drizzle. The mixture was slippery, and led to reports of multiple minor car crashes throughout the area, especially on elevated overpasses and bridges.

By the end of the storm, the Lehigh Valley could get 2-4 inches of snow, while Philadelphia, Bucks, Montgomery and Chester counties can expect anywhere between 1 and 3 inches.

State transportation officials reduced speeds and imposed other restrictions on several Pennsylvania roads during the storm.

PennDOT urged motorists to avoid unnecessary travel during the storm.

From around 4 p.m. to 7 p.m., warm air will arrive, bringing rain to South Jersey, Delaware and the Jersey Shore. Between 6 and 7 p.m., Philadelphia will get rain, as well.

Neighborhoods north of that, however, can expect to still be seeing snow until it starts turning over to rain anywhere between 8 and 9 p.m., but it will quickly dry out past 9:30 p.m.

The heaviest sleet, freezing rain, and rain should end everywhere by 9 p.m.

Things will dry out by Sunday, but strong winds will mean frigid temperatures throughout the day.

Be sure to check back for the latest forecast of this weekend's snow. Also, download the free NBC10 app for live radar, weather forecasts and more.