Slippery Conditions Linger as Round 2 of Icy Weather Hits Friday

What to Know About the Storm

Is school virtual, closed or delayed Friday? Get the full list of School Closings.

A winter storm dropped at least 11 inches of snow in parts of the Pennsylvania suburbs and left dangerous driving conditions throughout much of the Philadelphia region Thursday into Friday.

Though the worst of the snowfall had passed, pockets of light snow, sleet and freezing rain added to a messy Friday morning and afternoon. Watch out for slick spots on untreated roads and sidewalks.

The brunt of the first part of the storm hit Thursday morning with snow falling at a rate of 2 inches per hour in some neighborhoods at one point.

By Thursday afternoon, sleet was falling, curtailing snow totals on the back edge of the storm. No more major accumulating snow was expected, but that didn't mean all the icy weather had passed and you could still get another inch or so as it wrapped up Friday.

A First Alert runs out at 3 p.m. Friday as the second round of light wintry mix and snow lingered and made for some very slippery conditions. Drivers were warned to be aware of slick spots into the afternoon Friday.

The storm started as snow across the majority of the Delaware and Lehigh valleys before or around daybreak Thursday, as expected. Anything that fell at that time stuck to untreated surfaces.

Roads quickly became slick and dangerous. People were urged to stay home at the height of the storm.

The intensity of the storm lessened later in the morning and early afternoon as snow transitioned to sleet. 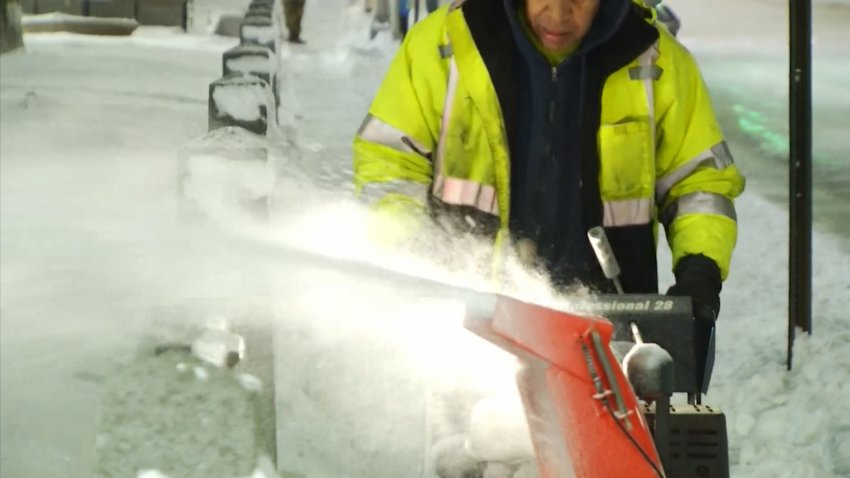 By mid afternoon some neighborhoods were in a dry patch of weather. However, scattered bands of sleet and light freezing rain persisted through the night.

People were warned to watch out for slippery sidewalks and potentially dangerous icy spots on untreated roads as temperatures on Friday remained below or around freezing into the afternoon as more light precipitation falls.

NBC10's Pamela Osborne gives you a look at the slippery conditions Friday morning in Center City Philadelphia as more light freezing rain and slush leftover from Thursday caused slick and potentially dangerous conditions. Be careful as you head out the door around the region.

An additional 1 inch of snow, or so, was possible as snow showers returned late Friday morning and lasted into the afternoon.

We saw accidents as freezing drizzle and freezing rain deposited a layer of ice on untreated surfaces Friday morning.

Conditions were expected to finally improve Friday afternoon as snow was expected to come to an end across the region. Anything still on the ground will refreeze overnight.

How Much Snow Has Fallen?

The total amounts depended on where the strongest snow bands hit and how much sleet mixed in along the way. 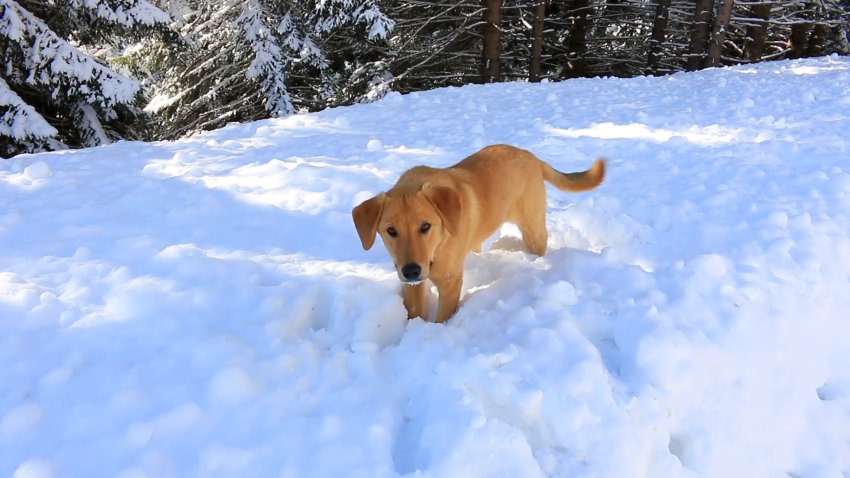 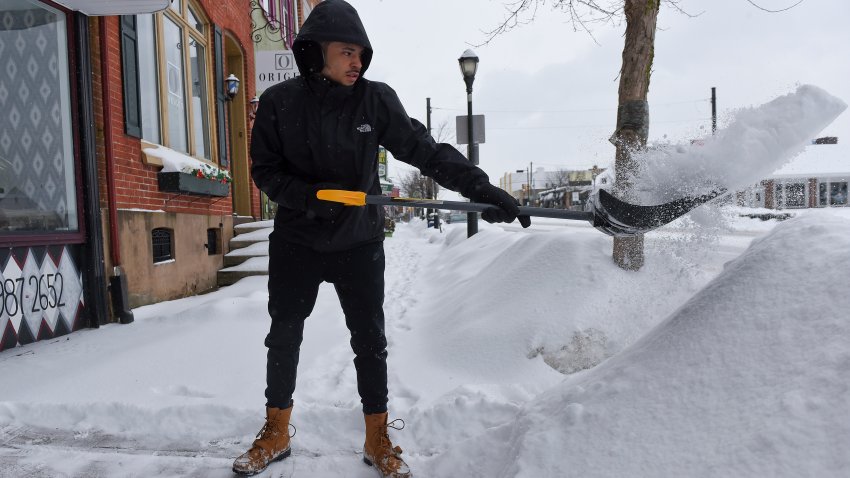 Here's How Much Snow Fell in Your Neighborhood

By Friday afternoon, more than 10 inches of snow had fallen in parts of Chester, Mercer and Montgomery counties. Wayne, Delaware County, had the most snow, with 11 inches reported. Parts of Bucks and Philadelphia counties got 8 inches or more of snow. Get snow totals here.

Snow totals varied greatly even within a certain county. In Delaware County totals varied by a more than half a foot. In Philadelphia's Chestnut Hill neighborhood at least 8.8 inches were reported, while Philadelphia International Airport to the south got less than 3 inches.

Points to the south and east got less accumulation as sleet mixed in and cut down on totals.

Thursday's wintry mix of snow, sleet and ice is causing dangerous conditions on roads throughout the area. NBC10's Mitch Blacher checks on the streets in Manayunk.

How Is the Storm Impacted the Philly Area for a 2nd Day?

A snow emergency was in effect for Philadelphia but was lifted at 6 p.m. Thursday.

Check SEPTA's website before you go as the transit agency dealt with some changes to service.

The Philadelphia International Airport asked people heading to the airport to leave extra time and check flight status before they go.

If you have any appointments scheduled for Friday, be sure to call ahead.

What About the Weekend?

Expect a sunny and cold weekend throughout the Philadelphia region.

Highs will struggle to get out of the low to mid 30s both Saturday and Sunday. You should get sunshine each day, however, which could help a little bit with melting, but not much.

Expect refreezing overnight as temps drop into the teens in many neighborhoods.

How to Stay Ahead of Any Storm?

Download the NBC10 app right now and continue to tune into NBC10 News on air, on Roku and on Apple TV as the First Alert Weather Team brings you the latest weather forecast.