More than 1,700 lightning strikes occurred in the first hour of the storms across Philadelphia, Bucks and Montgomery counties and a person in Chester County may have been hit by lightning.

Part of Interstate 76, the Schuylkill Expressway, in South Philadelphia was flooded and the 26th Street underpass in that area was flooded with about two feet of water. 26th Street at Penn Road near the Platt Bridge was closed during the morning rush hour.

The Ford on Old Gulph Road in Lower Merion Townsip is closed until further notice.

An inch of rain fell in the Drexel Hill area in just twenty minutes. 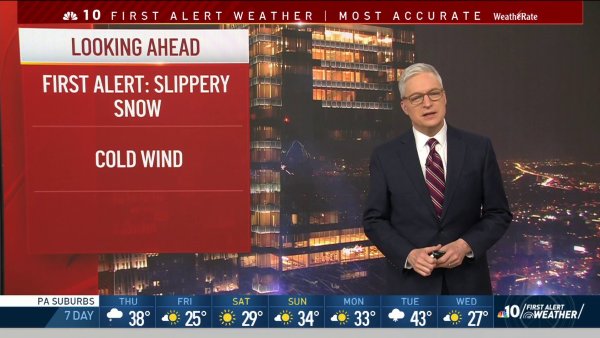 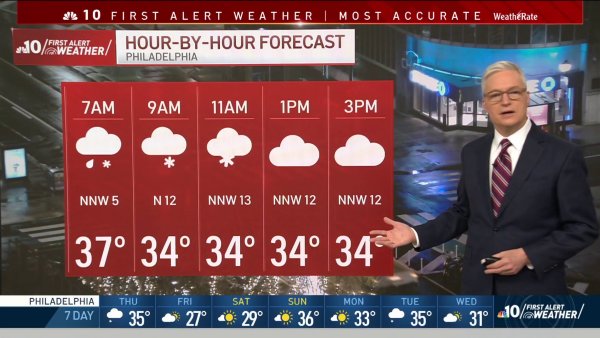 NBC10's Tracy Davidson shot this video on her way into work and posted it on her Facebook page.

Hail was coming down in some of the suburbs and the National Weather Service warned winds could gust to 60 miles per hour. 1/4 inch hail was reported in Womelsdorf in Berks County, Kemblesville in Chester County, Hockessin, Delaware and Mount Ephraim, New Jersey. Collingswood, New Jersey got .88 inch hail and flooding in that area caused mass transit delays.

Many of you had to also contend with dense fog. Visibility was down to a 1/10 of a mile in some spots. There are delays at Philadelphia International Airport.

Expect a break in the action throughout the mid morning. Although with the atmosphere so unstable, scattered showers and thunderstorms, are possible at anytime Tuesday.

Another round of strong thunderstorms was likely later in the day, especially in the afternoon and evening with gusty winds, heavy rainfall and hail possible.

The air should be warm and muggy with highs in the low 80s.