Biting Cold to Start the Weekend, Snow Expected to End It

This article is no longer being updated. For the latest on the storm, click here.

The NBC10 First Alert Weather Team is tracking a winter storm expected to arrive as early as Sunday afternoon that could linger for a couple of days. The storm is expected to pack snow but also pockets of sleet and freezing rain as temps are expected to stay cold throughout the storm.

Before the storm, bundle up for the coldest conditions of the season, so far. Temperatures are expected to be below freezing through the weekend before the snow is expected to arrive.

We are answering some of your questions with what we know at this point.

What Should You Expect From the Winter Storm?

You should expect snow, enough to need plowing, and rain or a wintry mix down the Jersey Shore and in southern Delaware. Inland areas are expected to get the biggest snow totals.

Down the Jersey Shore and in southern Delaware, people might get rain or a mix of freezing rain and sleet Monday morning. However, there could still be 1-3 inches of snow near the beaches and 3-6 inches further inland. 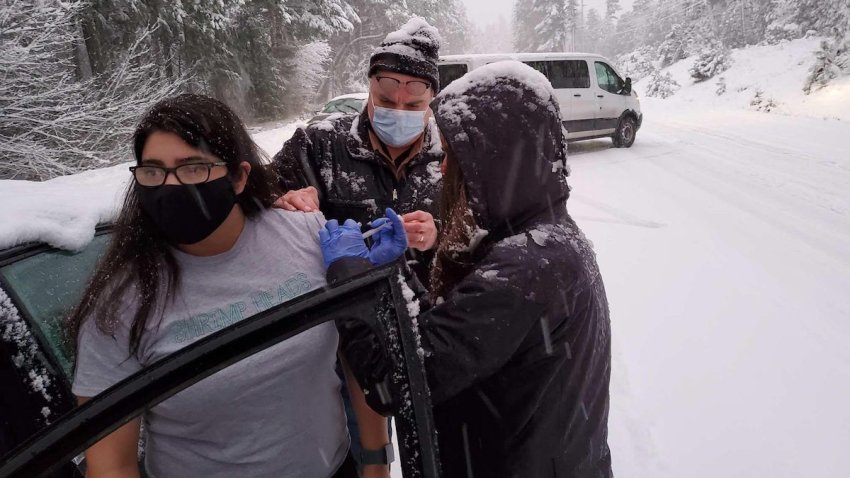 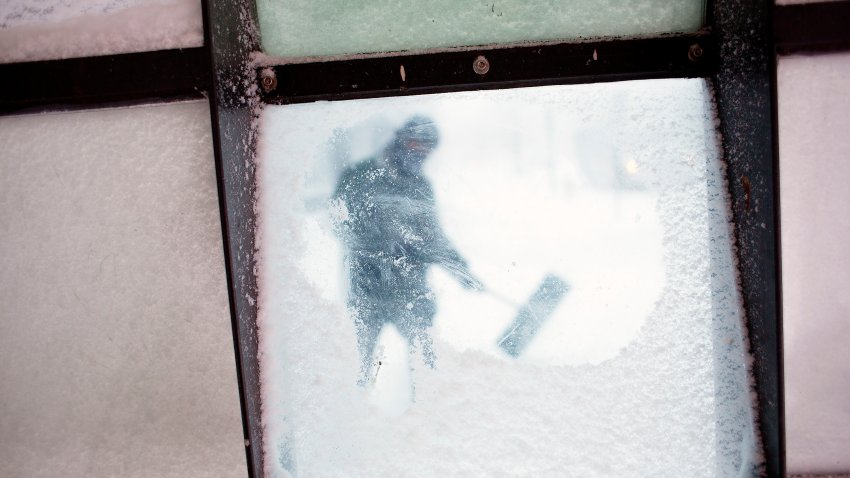 As the storm gets closer -- and the NBC 10 First Alert Weather Team becomes more confident with the storm’s projected path -- amounts and intensity will become clearer.

When Is the Snow Expected to Start? And, How Long Will It Last?

Light-to-steady snow is expected to arrive Sunday evening, though the heaviest amounts will fall on Monday. Things should move out by Tuesday morning.

With the ground cold, any snow that falls will start to stick to untreated surfaces.

Will It Be Snow, Ice or a Mix Where I Live?

The forecast becomes more challenging on Monday as snow is expected to mix with sleet and freezing rain in some neighborhoods. That will lower the potential snowfall totals in those areas, but could add to concerns over slippery travel and potential power outages.

A difference of a degree or two could change snow to ice. Winds which could gust over 50 mph near the coast could add to the threat for the lights going out.

By Monday morning, the Jersey Shore and southern Delaware might see rain or a mix of sleet and freezing rain. As the day progresses, 3 to 6 inches could fall, though neighborhoods closer to the beach may only get 1 to 3 inches.

Inland is where most of the snow is expected to fall. Neighborhoods from the I-95 corridor and northward could get 6 to 9 inches. Those 9-inch totals, though, are more likely to be felt further east, from the Pennsylvania suburbs to Trenton, New Jersey. The northernmost parts of Philadelphia, however, could also get those larger amounts of snow.

What Changes Should I Look Out for?

It is important to stick with the NBC10 Weather Team's latest forecast as the track will likely continue to shift.

A shift in track could mean a change in what Philadelphia area neighborhoods get the heaviest and most intense snowfall before the storm moves out Tuesday morning.

Stay Ahead of the Storm

Download the NBC10 app right now and continue to tune into NBC10 News on air, on Roku and on Apple TV as the First Alert Weather Team continues to update the storm forecast throughout the weekend.