Severe Storms Move Out of Our Region

More storms moved through our area Wednesday as the heat wave continues to grip the entire region.

A severe thunderstorm warning was in effect for Philadelphia and the surrounding suburbs until 8 p.m.

A severe thunderstorm watch was also in effect for Philadelphia, the Pennsylvania suburbs, Berks County, the Lehigh Valley, western South Jersey and central/northern Delaware until 9 p.m.

Storms capable of producing damaging wind gusts up to 60 mph as well as intense and dangerous cloud to ground lightning began to move in around 7 p.m. 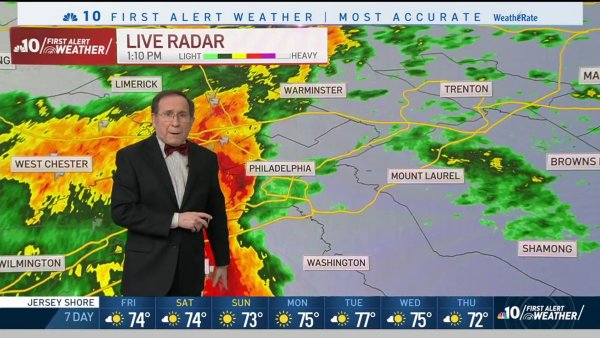 Inches of Rain Have Already Fallen as Storms Slowly Move Through 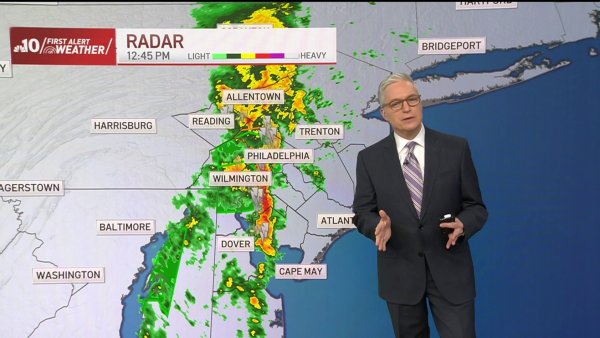 Storms Pack a Punch as They Hit Philly Region

The storms moved out before Thursday morning.

Meanwhile, the heat wave, which began on Tuesday, is expected to last until Friday with feels-like temperatures – or heat indexes – reaching between 100 to 105 degrees.

Get the latest on the storms and heat by downloading the NBC10 app and following the NBC10 First Alert Weather team.