with 28.5 inches -- thesecond largest snowstorm in the city's history

-- and crippling the Jersey Shore and southDelaware

In the city and the burbs, secondary roads were a problem (as expected) and people were asked to stay off the roads anyway so work crews could clear all the majors in time for Monday's commute. But south of the city is where the most snow fell.

Cape May and Atlantic Counties got hit the hardest with nearly 90,000 power outages. Downed wires and  trees made it increasingly hard for crews to get into the area and by the end of the day, officials conceded that restoring power "could take days."

"Right now the problem with getting line crews out there and start to repair the power lines is they can't get their trucks through; the secondary roads aren't clear enough," said New Jersey Governor Chris Christie.

"We're gonna see if we can help... and we're seeing what we can do in terms of shelters and what not." 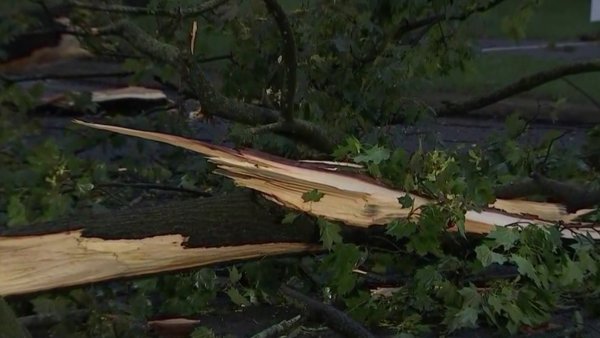 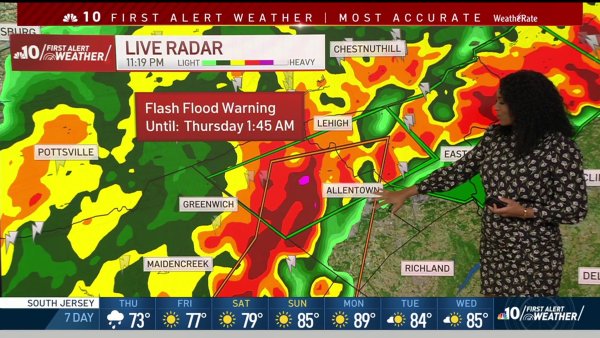 Gov. Christie asked people in South Jersey to "please stay home," to keep the roads clear and he was frankly ticked off at truckers and chastised them for "driving like idiots," and compromising everyone else's safety.

The state of Delaware was under at least a foot of snow -- and more than two feet fell in areas like New Castle County Airport, Claymont and Newark. A statewide travel ban was being lifted Saturday night at 8 p.m. everywhere but Wilmington where it will stay in place until Monday morning at 8, according to The News Journal.

Because the snow was wet and heavier there too, just like South Jersey, people were also dealing with power outages.

"It's a pretty nasty place to be at the moment," said Paul Grubb who lives in the Delmar area.

"We do have a neighbor with a woodstove, so if that [losing electricity] happens, we'll be visiting."