The storms caused some flooding in parts of the region.

What to Know About Storms

After a warm and dry Wednesday, rain moved in early Thursday. The worst of the one-two punch of rainy and stormy weather began later in the day after warmth and mugginess built up in the afternoon. Some flooding happened in certain neighborhoods.

A First Alert was in effect for Philadelphia, the Pennsylvania suburbs, most of South Jersey, Delaware and the Lehigh Valley until 10 p.m. Thursday.

Round 2 of Stormy Weather

After scattered early morning downpours and some lightning strikes, the humidity ramped up on Thursday.

The muggy conditions helped fuel storms later in the day. Sunshine during the afternoon helped power the severe conditions.

The second round of storms began later Thursday afternoon and continued until around 10 p.m.

A Flash Flood Warning was in effect for Philadelphia, Chester and Wilmington, Delaware, until 11 p.m.

A Flash Flood Watch is also in effect for much of the region.

Flooding caused some issues on I-676 near 10th and Vine streets in Philadelphia Thursday night, causing traffic to be backed up for awhile.

There were also reports of flooding and damaging winds near Millville, New Jersey.

Some More Rain Then Steamy Weather for the Weekend 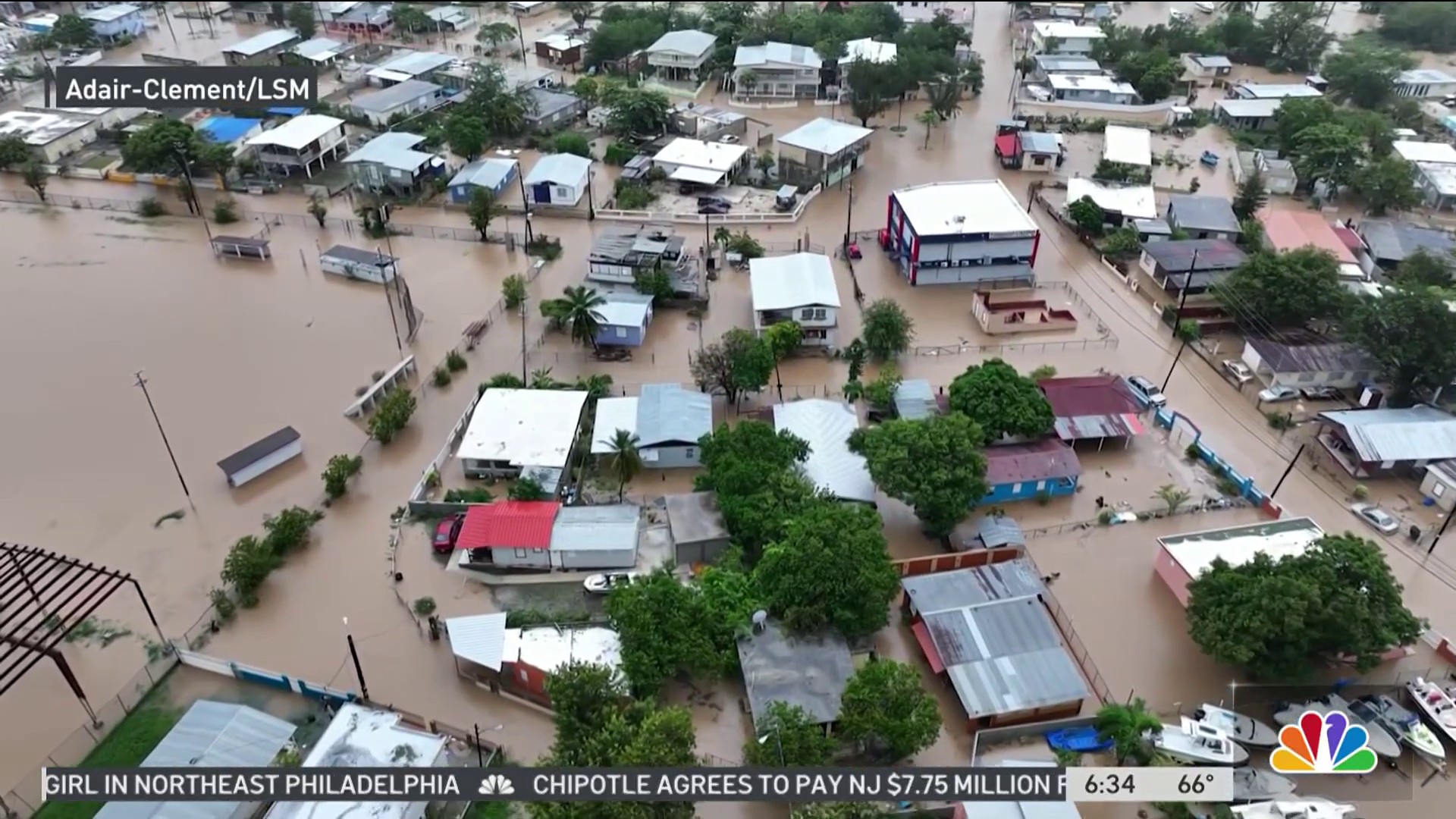 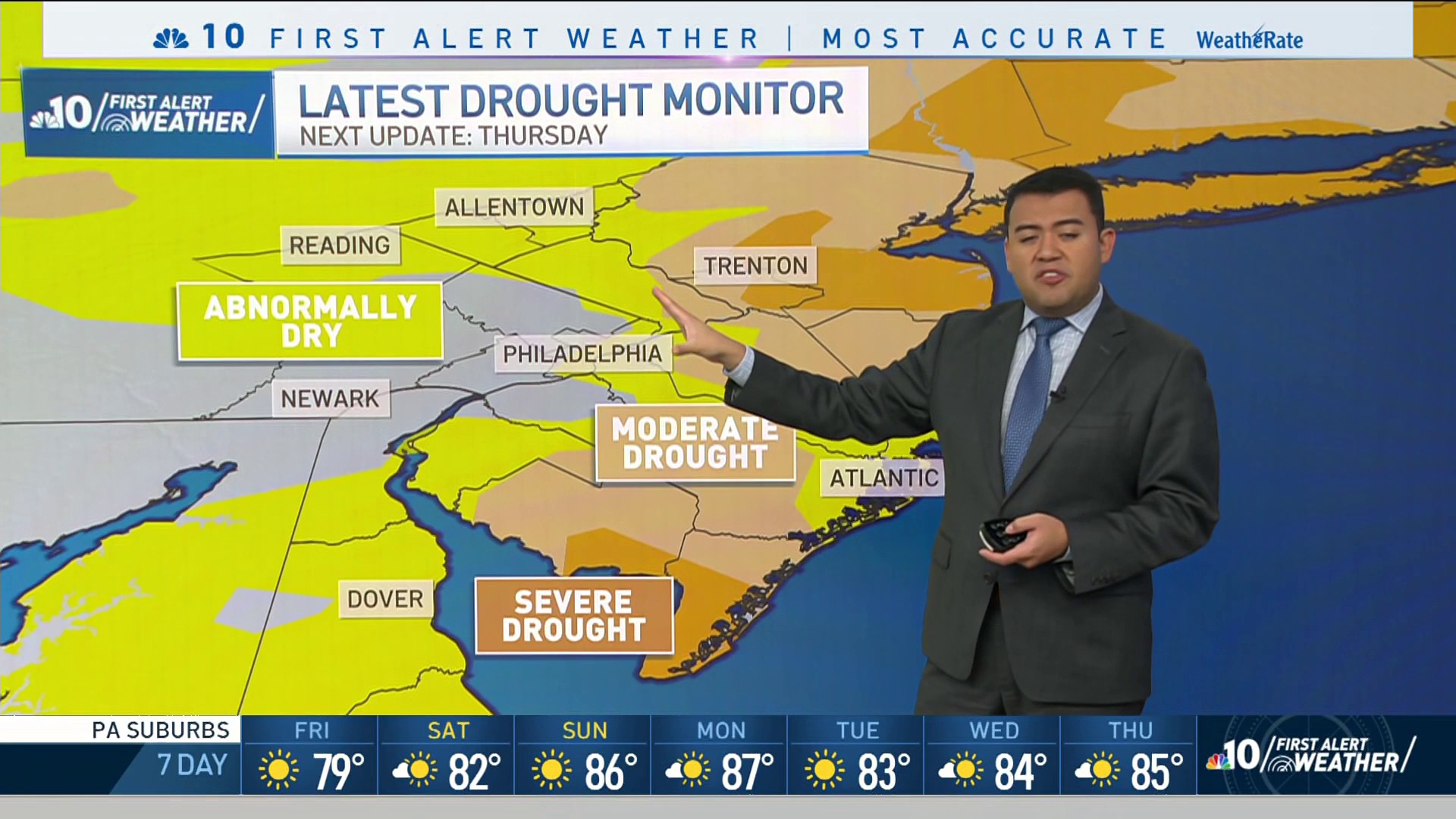 There is one last batch of showers and storms expected on Friday in the afternoon and early evening, but these aren't expected to be as severe in most neighborhoods, though a band of strong storms can't be ruled out. There is a moderate rip current risk at the Jersey Shore on Friday and it might not calm down much for the weekend.

The region should then dry out for the rest of the weekend.

By the weekend, temperatures are expected to soar. Highs are forecast to hit the upper 80s Saturday and low 90s Sunday. Both days will be humid and partly sunny. The humidity, however, on Sunday could really make it feel uncomfortable.

The hot and humid conditions are then expected to last into next week. A heat wave is likely with days in the 90s expected.

Make sure you download the NBC10 app and charge your phone to keep ahead of any rain and storms.