A Nor'Easter was spinning just off the Virginia coast Thursday. The storm could pound our area with a mix of rain, wind and even snow in some parts.

The wind should continue to pick up as the storm strengthens and gets closer to the area. These winds already began to cause damage at the Jersey Shore. The world-famous monument Lucy the Elephant had her tail smashed in the storm.

The strongest wind was called for along the New Jersey and Delaware coasts.  A wind advisory was in effect Thursday afternoon for those areas as a result of Northeast winds at 25 to 35 mph with gusts near 40 mph.

The strongest wind could come overnight. 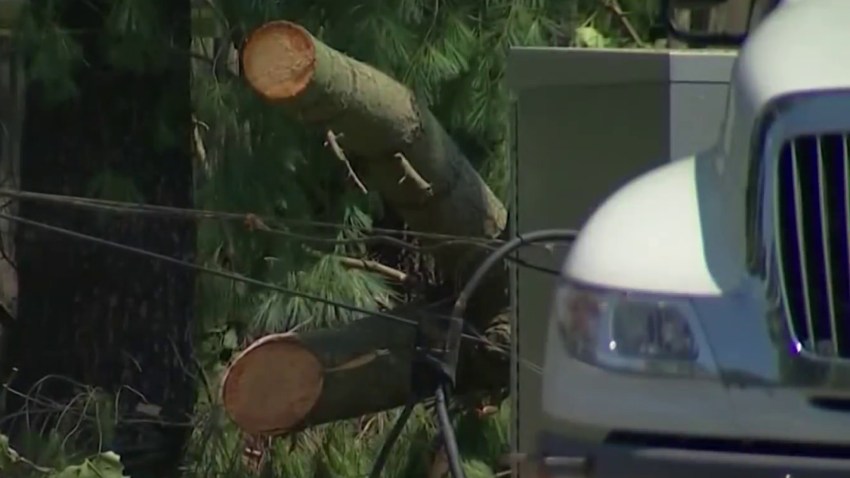 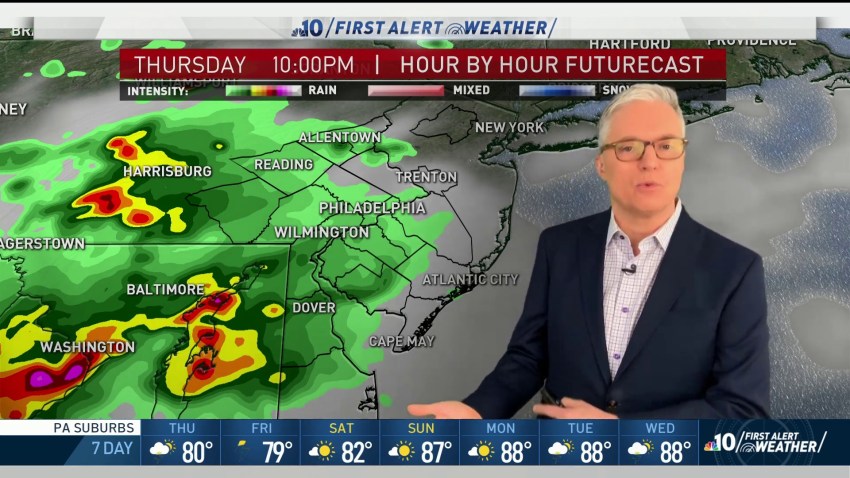 The wind gusts could increase again Saturday as another storm follows this storm.

The wind combined with the heavy rain could lead to some coastal flooding. Times to watch for this were Thursday about 6 p.m. with high tide and again at 12 hours later.

The wind was bringing down much colder air and higher elevations north and west of the city saw a rain/snow mix. Weather sites in the Poconos already saw more than an inch of snow and could see an additional one to three inches by the end of the second storm.

In Philadelphia and the immediate suburbs the storm should just bring cold rain with wind picking up Thursday night and Friday morning. Temperatures were predicted to remain in the 40s until Sunday at the earliest.