1. THOSE MUCH-CRITICIZED DUNES SAVED MANY BEACH AREAS…
……or THOSE WHO TURNED DOWN OR DESTROYED DUNES PAID A HORRIBLE PRICE…..

2. THOSE EUROPEANS GAVE US AN EXTRA 3 DAYS ADVANCE NOTICE ON HOW BAD SANDY WOULD BE…..U.S. MODEL LOSES AGAIN

3. WHEN OFFICIALS TELL YOU TO EVACUATE, THEY USUALLY HAVE A GOOD REASON…ASK THOSE AT THE BEACH WHO STAYED…

4. THERE WILL BE MORE CONTROVERSY ON WHETHER GLOBAL WARMING MADE SANDY WORSE OR HELPED CHANGE ITS TRACK…

1.    HOW THOSE "AWFUL" DUNES SAVE SOME BEACH AREA….
As one who has vacationed at the Jersey Shore since the 1950s, AND as a meteorologist who specializes in hurricanes, I have been preaching for years how important it is to have a good dune system. SO many people complain about them, since they block their view of the beautiful ocean, and cause them to walk up and down sharp hills to get to the beach.

The shore areas I am most familiar with are the Atlantic City to Longport area, and Long Beach Island, but I’m sure the general rules applied to all beach areas of New Jersey.

Beach replenishment projects are very expensive-and temporary. A single strong Nor’easter can wipe out months of hard work. So, the U.S. Army Corps of Engineers is recruited to do it all over again. Their latest project was just this year, covering a 5 mile stretch from Atlantic City to Ventnor, costing $18 million. The funding came from the state’s Shore Protection Fund. So why did the project not extend to Margate and Longport on the same island? Because they turned it down. Supposedly, they didn’t want the dunes that came along with the package.

The beach replenishment project was only partly finished on Long Beach Island. I visited the beach right at the end of the new, HUGE dunes. It was the biggest man-made dune I had ever seen. No wonder people were complaining! It seemed to be at least 30-40 feet high. It was quite a hill to climb and then a steep drop just to get to the water. Everyone was complaining. Only yards away, there was virtually no dune. The people living behind that area could see the ocean from their oceanfront homes, and had no hills to climb to get to the water.

Our newest reporter, Chris Cato reported from LBI that the big dune area saved the nearby houses from destruction, and the houses without the big dune suffered much more damage. If the whole island had big dunes like the one I saw, you probably wouldn’t be hearing about Long Beach Island today.

My old friend and colleague Jim Eberwine recently retired from the National Weather Service, and was their coastal/hurricane specialist. He was quoted yesterday in the Courier Post: “There’s a nice correlation between healthy beaches and dunes and less structural damage. It’s so obvious. What do people run for when a flood is predicted? Sandbags. Here with dunes we have natural sandbags. Why wouldn’t you want them.”

2.    THOSE DARN EUROPEANS BEAT US AGAIN, BUT IT HELPED…
I’ve heard a lot of questions in the past year on the order of: “Why do you talk about the European model so much?” “What does Europe have to do with a forecast here?”

There are many computer models around the world. Many are “global”, meaning they put in data, and get out results, for the whole world. After all, there are no borders in the atmosphere. So we can compare all of them for accuracy, and even get “skill scores” for them. The model known as the European (or ECMWF) is “an independent international organization supported by 31 European States”, according to their website. They have won the computer model battle for at least 20 years.

The main U.S. model (GFS) has been improving all that time, but the EURO keeps improving, too, and keeps the lead. Nowhere was that more obvious than with Sandy, when the EURO predicted a major East Coast threat more than a week in advance. Here’s their predicted map A WEEK BEFORE SANDY HIT:

They showed a HUGE storm, with an incredibly low pressure, right along the U.S. East Coast. At the same time, the GFS had the storm about 1000 miles offshore. Bit of a difference, wasn’t it?

The EURO showed a similar result twice a day until Sandy hit. There was no wavering, or flip-flopping, as models often do well ahead of a storm.

So, why are they better? There are several reasons:
1.    More computing power. The more accurate current data put into a model, the better it performs. But there are limits. It costs a LOT more for that extra data and computer power.
2.    More variety of products from the main U.S. computers forces less focus on the basic product. We use the GFS for longer-range forecasts, more frequent updates (4 times a day, vs. 2 for EURO), we have high-resolution, detailed, short-range models, and even climate projections.
3.    The Europeans charge big money to access their products, while the U.S. products are free. That money goes into improving their model.

There are more reasons, more technical than needed in this blog, but meteorologists in this country have increasingly learned to trust the EURO in many cases. That’s why the National Weather Service in DC did such a good job with the forecast threat-they minimized use of their own model.

The EURO isn’t always right-no model is. But at longer ranges (3-7 days) it is a strong performer, and should not be ignored. Some meteorologists did ignore it when it was the only model showing an East Coast hit, and special hurricane models took Sandy out to sea. It was a very unusual solution, but it was the right one. Unfortunately.

3. HOW IRENE IN 2011 AFFECTED SANDY IN 2012…...
We don’t get many evacuation orders in New Jersey and New York City. A lot of people in these areas had never received one until the threat of Irene last year. Gov. Christie of New Jersey and Mayor Bloomberg of NYC called for evacuations after consultation with weather and emergency management experts. It turned out to be false alarm, since Irene weakened and did not take the type of track Sandy did a year later. 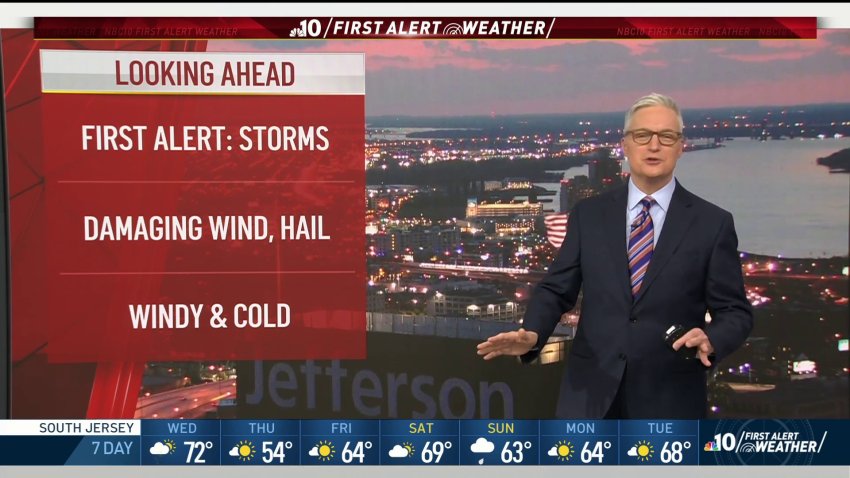 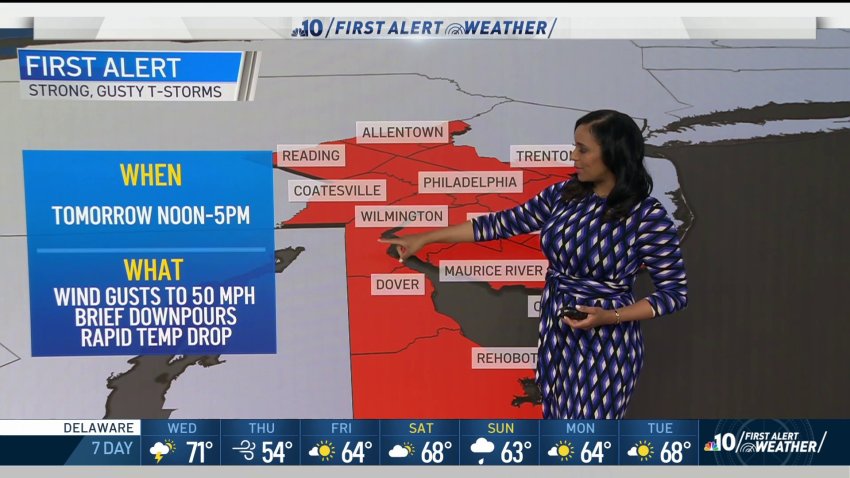 So a LOT of folks left their homes, or vacations, and came back to see little or no damage. The reaction to this was (in unknown numbers) anger, frustration, and resolve to not do this again.

Fast forward a year later, and here comes another evacuation order for a hurricane. While meteorologists knew the threat was much greater this time, how many non-scientists did? How many people said: “They were wrong about Irene, so they’re probably wrong about Sandy”? And then they didn’t evacuate. Too many of them. Some of them didn’t survive. Some went through horrific experiences at the height of the storm. Some caused law enforcement to risk their lives to save them.

Compare the two storms again. What was the result of the false alarm for Irene? Inconvenience. And the result for those at the coast who didn’t evacuate as ordered with Sandy? Death, injury, and/or terror. They are not equal results. It is MUCH worse to under-warn than to over-warn. Most residents along coastal Florida and the Gulf Coast states have learned that over decades.

Chances are the next evacuation order will not be for a storm as devastating as Sandy. But can you be sure of that? Isn’t it best to leave and then be grateful that the storm weakened or moved offshore? Officials need to be sure to not over-react to the next threat, but coastal residents need to follow any evacuation orders. That’s the deal.

4. SO DID GLOBAL WARMING CAUSE THE SANDY DISASTER?
This has already been discussed in many blogs and talk shows. Most of the commentators I’ve seen have extreme views on one side or the other. Most of the discussion has not involved science, but speculation based on personal and often political biases. Hardly any of them have actually published research on the general subject, or even read any of it. What is the average person to believe?

Let’s start with this premise: WE DON’T KNOW FOR SURE EITHER WAY. But just because we don’t know everything does not believe we know nothing (sorry for the double negative, but there’s a point to make).

There were 3 parts to Sandy: the hurricane, the cold air system coming in from the west, and the big blocking pattern in the atmosphere that caused the unusual left turn.

Sandy itself: nothing unusual about a hurricane in late October forming in the Caribbean and moving northward to the Bahamas.

The western cold system: nothing unusual about it this time of year.

The blocking pattern: rather unusual and very strong.

It was the blocking pattern that was the most unusual (especially as strong as it was). The left turn was VERY rare, and critical to Sandy hitting the East Coast. It was the main reason for hitting the coast at a direct angle (compared to Irene and Floyd that moved along the coast) that is considered the worst-case scenario for this area.

NOT A SINGLE ONE OF THESE 15 STORMS TOOK THAT LEFT TURN!

Agnes came the closest, with a gentle left curve as it was dying over PA. It, too, got caught up in a strong upper-air system from the west.
http://weather.unisys.com/hurricane/atlantic/1972/AGNES/track.gif

So, in our recorded history, we have NEVER seen a storm make the sharp left turn that led to most of the devastation. The main culprit, to me, was not Sandy, but the BLOCKING PATTERN in the North Atlantic that caused the left turn. Without it, Sandy would have gone out to sea.

Why was the blocking high pressure there (near Greenland)? It does happen at times, but was unusually strong and persistent. It is also known as a “negative NAO”, which often leads to our biggest winter storms. In the past few years, we have seen several major –NAO episodes, contributing to 5 giant snowstorms from December 2009 to January 2011, including 2 of our top 3 all-time snowstorms. Let’s not forget the freak Halloween snowstorm in 2011.

That’s a LOT of –NAO/major coastal storms around here. Is it a coincidence that recently published reports have connected these types of storms to the rapid ice melt in the Arctic? Dr. Jennifer Francis of Rutgers has been specializing in this “Arctic Amplification” theory. This summer saw the lowest level of Arctic ice, by far, since satellite records started in 1979. The drop has been steady in recent decades and even more dramatic in the past 5 years. Here’s a recent article by her:
http://e360.yale.edu/feature/linking_weird_weather_to_rapid_warming_of_the_arctic/2501/

I wrote a blog about this less than 2 months ago on the connection between Arctic ice melt and extreme weather:
http://www.nbcphiladelphia.com/weather/stories/Hurricane-Blog-Record-Arctic-Ice-Melt-and-You-169527986.html

Arctic Amplification leads to more extreme (and more frequent) –NAO events, with blocking high pressure in the North Atlantic. If it didn’t cause the Sandy disaster, it could have been a factor in it. Doesn’t that make sense-that it’s at least possible? You don’t have to be some sort of extremist to think there’s some logic to it.

Conclusion: Global warming leads to the Arctic ice melt. The ice melt leads to a more extreme blocking pattern. The blocking pattern caused the rare left turn. Simple bad luck and timing were probably the main reason for the disaster. But global warming could have contributed by:
1. Causing higher odds of the extreme weather pattern
2. Raising ocean levels nearly a foot in the past century, making the storm surge a bit worse
3. Raising ocean temperatures to several degrees above average this fall, leading to a slower weakening of Sandy AND more water vapor available to produce more rain.

Can this be proven? No. But just because we don’t know everything does not mean we know nothing.