A tornado warning in parts of Berks, Lehigh and Northampton counties expired shortly before 8:10 a.m., but powerful storms lingered in the region throughout the day and night.

The NBC10 First Alert Weather Team issued a First Alert as the storms hit northern neighborhoods especially hard, with lightning and even hail in some spots.

The National Weather Service also issued a flash flood warning for parts of Berks County, where Reading Regional Airport had received nearly 6 inches of rain shortly before 7 a.m. Though the warning expired shortly before 9 a.m., crews performed several water rescues due to flooding. 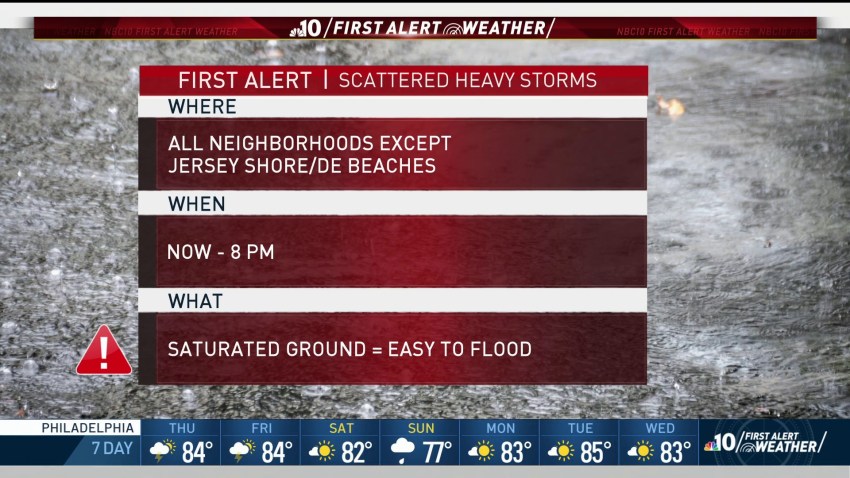 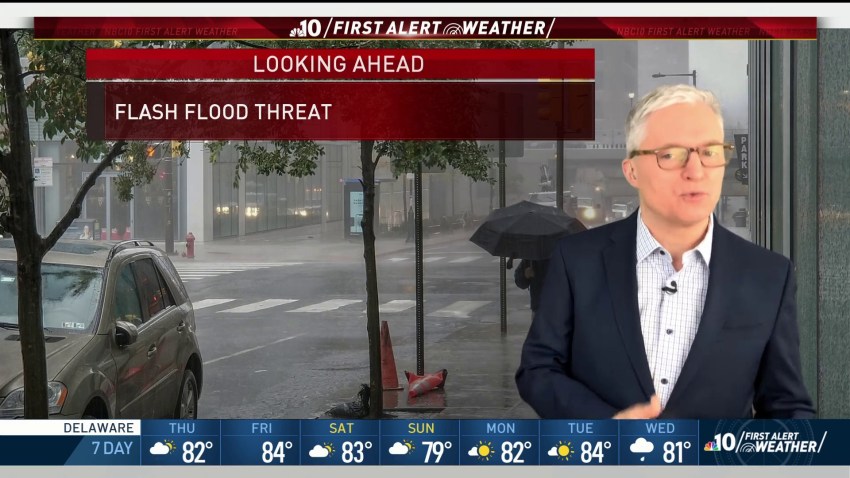 Drivers are advised to take precautions on the road, either by pulling over or not taking a drive to begin with.

Meanwhile, high humidity made temperatures feel like they’re in the triple digits in Philadelphia or at least the upper-90 degrees in other areas as the day went on.

Monday will be quiet and hot during the day. Highs reach the upper 80s. Heavy t-storms are likely Monday evening (after 7 PM) with flooding downpours and pockets of damaging winds.

Heavy rain and winds look to be the biggest threat, but a tornado can't be ruled out. The same areas hit in the morning look to be the bullseye for these later storms, too.

What's the safest place to seek shelter during a tornado?

If you do not have a safe room or a tornado shelter, you should identify what might be the safest area of your home or business during tornadoes. This is usually the basement or a small interior room without windows, such as a bathroom, where you can ride out the storm. Be sure you can easily access this area when a tornado threatens. The more walls between you and the outside the better.

When tornadoes threaten, head to the center-most part of your basement or home, away from windows and preferably under something sturdy like a workbench or staircase or in a bathtub with a mattress over top of you.

Don’t open your windows. This won’t save the house and may actually make things worse by giving wind and rain a greater chance of getting inside. Get to the safest place possible, away from glass that can break and injure or kill you.

Closing interior doors will also help to compartmentalize the structure and provide more barriers between you and the storm.

When a tornado threatens, head to the basements, if available, or seek shelter in corridors and small interior rooms on the first floor of a structure.

Never shelter employees in rooms where there is an outside wall, particularly those with glass windows, or where the ceiling or roof has a span between supports of more than 40 feet.

Make provisions to shelter employees working in portable out buildings and those operating trucks and other vehicles.