Severe thunderstorm warnings for parts of Chester and Montgomery counties in Pennsylvania and parts of Delaware remain.

Stay with NBC10 for the latest.

The NBC10 First Alert Weather Team has issued a First Alert from 2 p.m. to 10 p.m. for the entire greater Philadelphia area from up in the Lehigh Valley down to Delaware.

The flood threat will be greatest in Pennsylvania neighborhoods, though there’s a chance Mercer County, New Jersey and New Castle County, Delaware could also get floods. The storms could be severe at the Jersey Shore, but that’s less likely than in South Jersey.

Temperatures, meanwhile, are expected to top out in the low-80 degrees except at the Jersey Shore, where they’ll reach highs in the upper-60s. 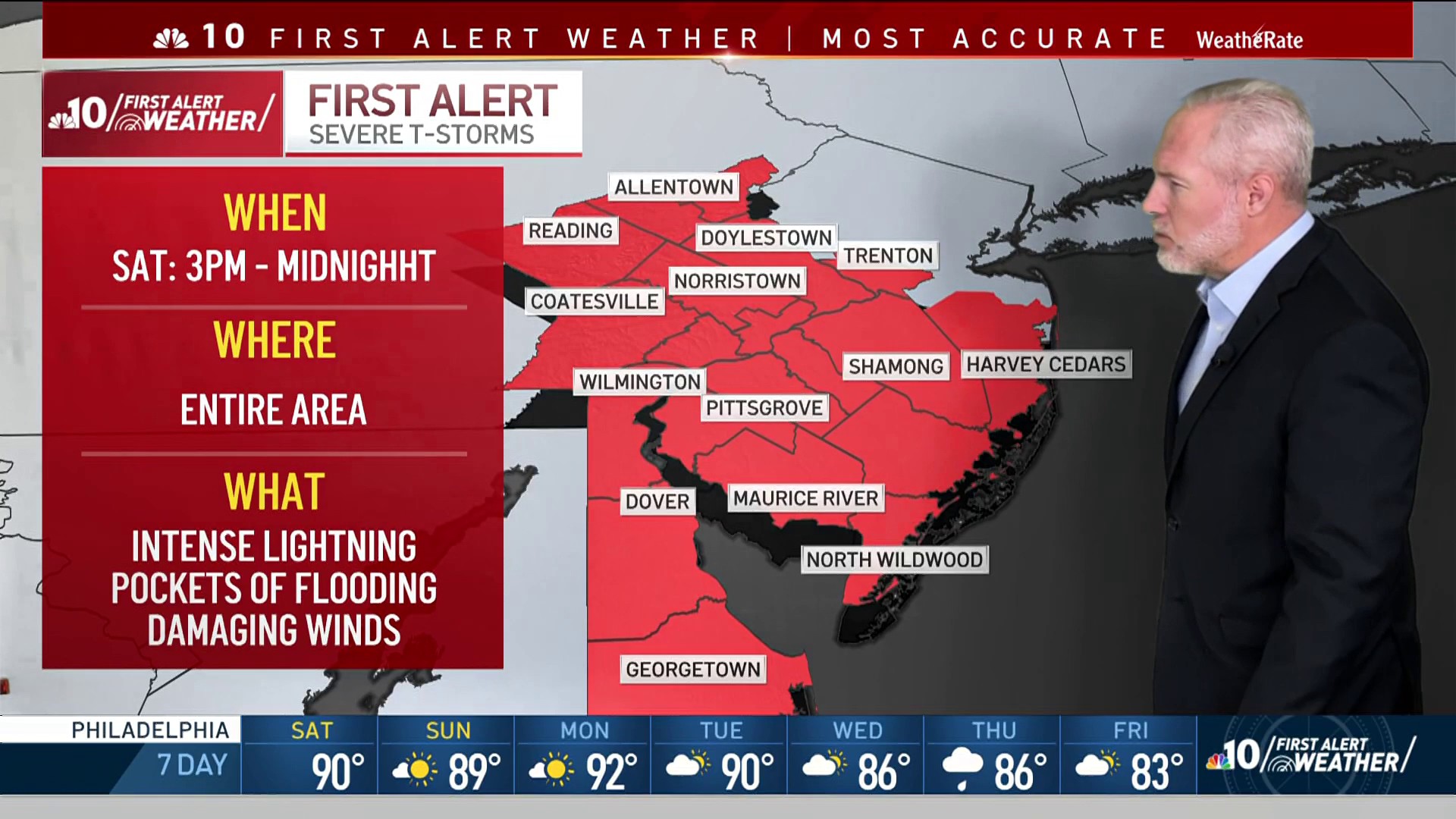 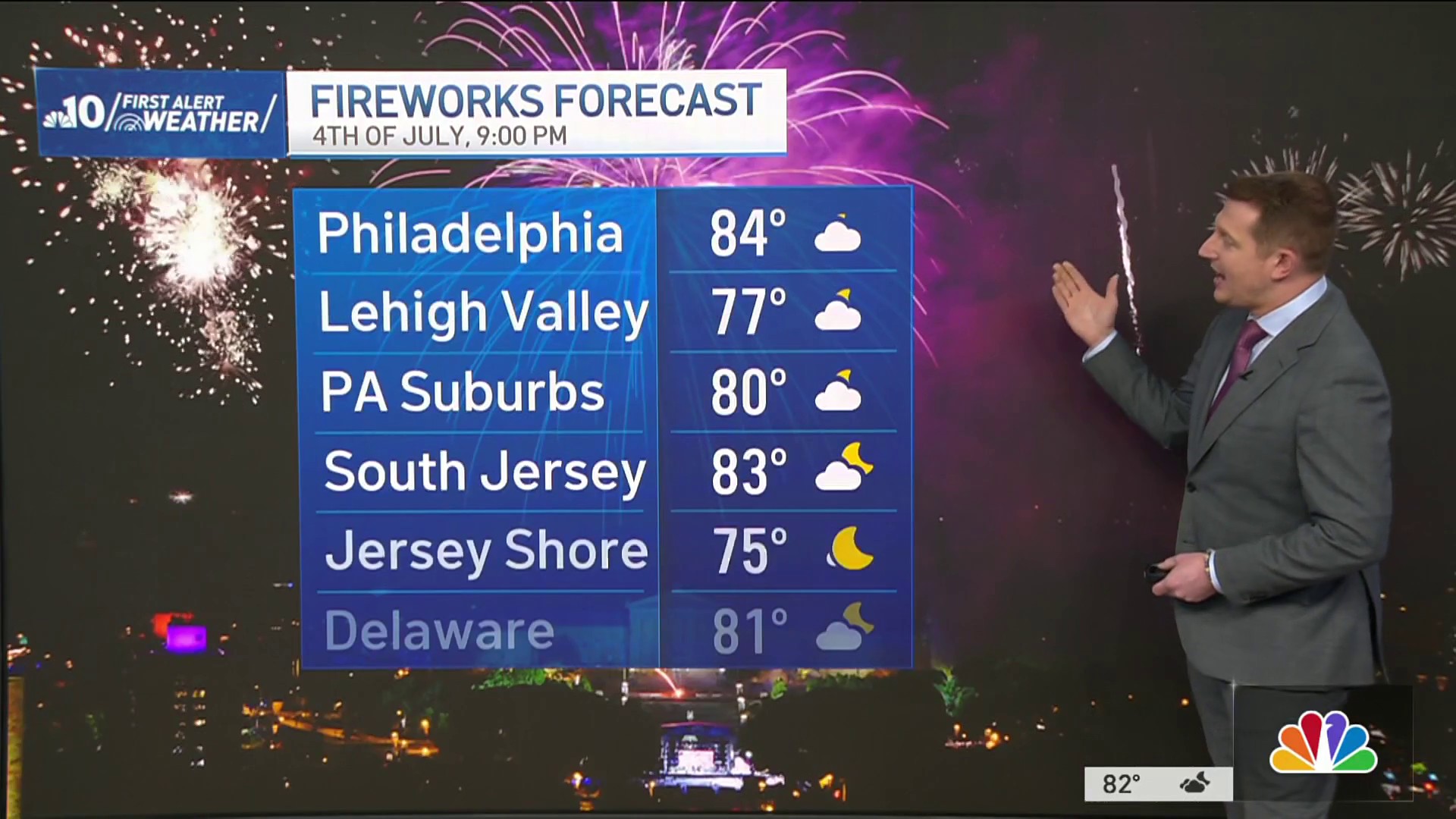 Storms Arrive, Then Move Out for Holiday

Once the storms move out in the evening, things are expected to remain dry into Saturday. Neighborhoods north and west of Philadelphia could still get an isolated shower or two Saturday afternoon, though.

Make sure to download the free NBC10 app to stay ahead of the storms.