This is a snowstorm that had drastically different impacts depending on where you live.

The first winter storm of the season impacted the southern half of the Philadelphia viewing area Monday. The storm delivered the biggest snowfall in years for parts of southern New Jersey, central and southern Delaware and Jersey Shore points. Some places nearly got a foot of snow while neighborhoods to the north barely got anything.

The NBC10 First Alert Weather team issued a First Alert that lasted until 5 p.m. Monday for Philadelphia, Delaware, South Jersey and the Jersey Shore due to the heavy snow and a moderate threat of coastal flooding. The snow in some neighborhoods lasted until early evening.

Cape May, New Jersey, was one of the areas hardest hit by Monday's snow. NBC10's Johnny Archer takes a look at the conditions.

Rain or rain mixed with snow started before daybreak across far southern New Jersey and Delaware. By 5:30 a.m., icy snow began to fall on the Atlantic City Boardwalk and it only intensified from there.

Is school open? More than 100 schools are closed. Get the school closings here.

As the storm system lifted north and intensified, heavier bands of rain and snow mix rapidly changed to heavy wet snow. Several very heavy snow bands with snowfall rates of 1-inch-plus/hour fell across South Jersey, central and southern Delaware and the shore points. The intensity of the snow allowed it to quickly accumulate into the afternoon hours.

How Much Snow Fell?

With 12.9 inches, Atlantic City saw its highest snow totals in four years. Click here to get snow totals (so far) for your neighborhood.

Closer to Philadelphia, the storm was far less impressive. The snowfall amounts RAPIDLY dropped off with a dusting to an inch in the Philly area.

See It, Share It: You can send photos and video of the snow in your neighborhood by clicking this link.

Windy Weather and Flooding Along the Coast

In addition to the snow, strong wind gusts up to 45 mph hit Delaware and New Jersey and at the shore through early Monday evening across. The strongest gusts were felt right along the coast during the afternoon.

A Coastal Flood Warning was in effect for tidal areas in Atlantic and Cape May counties in New Jersey and Sussex County in Delaware until 1 p.m. Monday for the high tide cycle. Some water was seen on roadways along the back bay in Ventnor and other shore towns during the morning.

Snow fell in several parts of New Jersey on Monday, including Cumberland County. NBC10's Steven Fisher shows us the conditions there.

A Winter Storm Warning was in effect for central and southern Delaware as well as South Jersey until at least 4 p.m. Monday.

State of Emergency in New Jersey

Ahead of the storm, New Jersey Gov. Phil Murphy announced he would issue a state of emergency Sunday night for Ocean, Cumberland, Cape May, Burlington and Atlantic counties.

"Residents should stay off the roads, remain vigilant, and follow all safety protocols," the Democratic governor said.

Cold Sticks Around at Night

The worst of the storm was over before 5 p.m. Cold temperatures moved in with lows in the teens Monday night. As a result, icy conditions are expected on roads and sidewalks that are left snowy or wet.

Be careful driving on roads as slick spots should be expected, even in spots where a lot of snow didn't fall.

Tuesday and Thursday look quiet and chilly. Wednesday is milder with a few showers. Friday we have the potential for another winter storm, but details are extremely uncertain this far out. 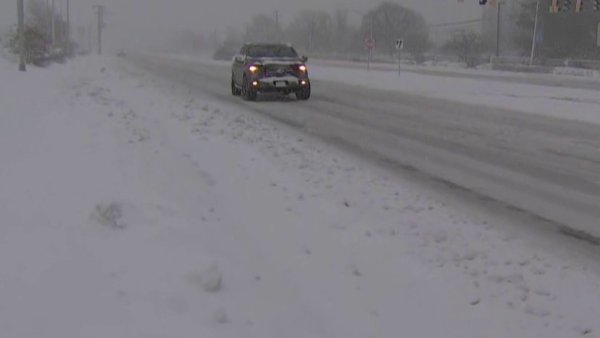 Snow Is Piling Up in Delaware – Depending Where You Are 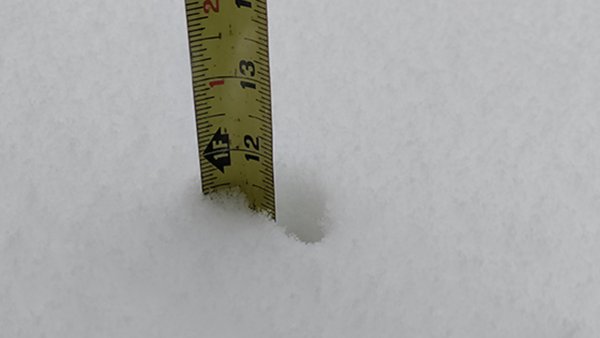 Snow Totals: Where Did More Than 1 Foot Fall in NJ, Del.?

To stay aware of the changes and receive important weather alerts, make sure to download the free NBC10 app and watch our meteorologists’ forecasts on all platforms.