Round 1 of the winter storm dropped multiple inches of snow across the Philadelphia region, but heavier snow is slamming the Delaware Valley Monday during Round 2, leaving more than 2 feet in parts of Lehigh County.

A winter storm pummeled parts of Pennsylvania, New Jersey and Delaware with snow and claimed at least one life as it continued to move through the region into Tuesday morning.

Round 1 of the winter storm dropped several inches of snow across much of the Philadelphia region Sunday into Monday, but the heaviest snow slammed our region Monday afternoon and evening during Round 2, with more than 2 feet were reported in parts of the Lehigh Valley (30.1 inches in Ancient Oaks and 31 inches in Nazareth) so far.

A 67-year-old woman with Alzheimer's disease was found dead Monday morning in Allentown after reportedly wandering away from her home. The Lehigh County coroner’s office determined the cause of death to be hypothermia and the death was ruled accidental.

How Much More Snow Will Fall as It Intensifies?

The second round of heavy snow started in the Lehigh Valley during Monday morning. The snow began to pick up in Philadelphia and the surrounding communities midday, with sleet turning to heavier snow in those areas in the afternoon.

The bands of snow pivoted into the region from North Jersey where a foot of snow had already fallen. By mid afternoon Monday, 11.7 inches of snow had fallen at Lehigh Valley International Airport.

You can track the heavier snow with our interactive radar.

Snowfall totals could vary drastically even within counties. For example: South Philadelphia is expected to get less snow than Chestnut Hill, where up to a foot of snow could fall.

Here are the additional snow accumulations that are expected Monday into Tuesday on top of the 2 to 6 inches the area received Sunday:

4 to 8 inches: Most of Philadelphia, Delaware County and northern Delaware and some South Jersey communities

16 to 20 inches: Lehigh Valley, Allentown east to Easton along I-78

The storm is expected to wind down Tuesday afternoon. Lingering scattered snow showers can be expected into the evening.

The second part of a winter storm pummeled the entire region with heavy snow. NBC10's Steven Fisher shows us conditions in the Lehigh Valley while NBC10's Matt DeLucia shows us Bucks County.

Snow totals from the first round of the storm ranged widely in Pennsylvania, from about 2 inches in Chadds Ford Township in southern Delaware County to more than a foot up in Carbon County. In New Jersey, Camden County reported about 3.5 inches, and in Delaware, 3.2 inches was reported in Hockessin. 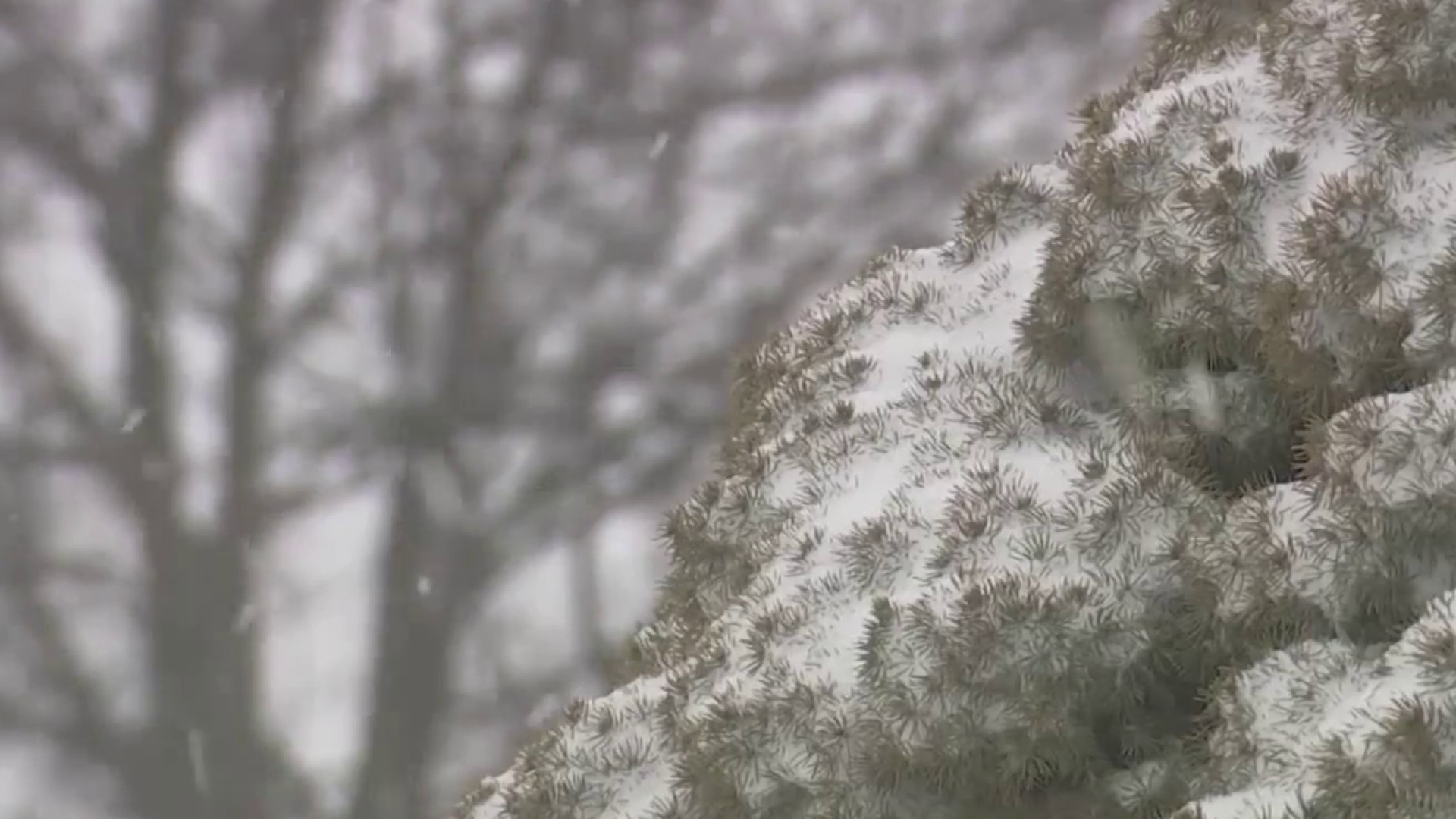 Officials in Philadelphia and New Jersey warned drivers not to be fooled lulls in the snow and to stay off the roads for their safety -- as well as to allow plow trucks to do their work. Visibility is expected to quickly worsen as the snow intensifies through the afternoon.

"It's going to get worse before it gets better," said New Jersey Gov. Phil Murphy at a midday news conference.

The second round of the storm Monday afternoon brought a similar wide variation in snow totals with southern neighborhoods getting less.

“We encourage all residents to stay home if they can,” said Philadelphia Managing Director Tumar Alexander.

Coastal Flooding at the Jersey Shore

There was more moderate flooding during the next high tide Monday between 10 p.m. and 11 p.m. Minor coastal flooding could also occur Tuesday morning. In addition, wind gusts of over 55 mph is possible at the beaches.

"We are in the middle of one of the most impactful statewide storms we've had in a long time," PennDOT Deputy Secretary for Highway Administration Melissa Batula said. "This is truly an all-hands-on-deck situation, and our crews are working hard to keep roads safe and passable."

PennDOT implemented restrictions on trucks and other vehicles on roadways throughout the state.

Philadelphia School District buildings will remain closed on Tuesday due to the snow. However, Philadelphia schools will still conduct virtual learning for students.

The City of Philadelphia declared a snow emergency which began at 6 p.m. Sunday, meaning all parked vehicles must be moved off snow emergency routes for plowing. There will be no trash pickup in Philly Monday or Tuesday.

All NJ Transit buses, rail (except for the Atlantic City Rail Line), light rail and Access Link service will also be temporarily suspended systemwide for the entire service day on Monday.

SEPTA riders are urged to check schedules before heading out to catch a train or bus as the agency will be making changes to service.

AMTRAK's Keystone Service from Harrisburg to Philadelphia to New York will also operate on a limited schedule.

If you have a flight, check with Philadelphia International Airport before you head out.

How This Impacts Coronavirus Vaccinations?

Gov. Murphy announced all state offices and coronavirus vaccine mega-sites will remain closed on Tuesday due to the winter storm. The sites and offices had already been closed on Monday.

Philadelphia canceled all city-run coronavirus testing and vaccination locations and "is working" to reschedule appointments, according to a city press release.

In Montgomery County, Monday's expected snow caused the cancellation of the county's COVID-19 vaccination clinic scheduled at the Montgomery County Community College. People who had appointments will be automatically rescheduled for Norristown High School on Friday, Feb. 5.

The Camden County COVID-19 Vaccination Center will be closed Monday. All appointments were rescheduled for Wednesday, a county spokesperson said.

Keeping Up With the Storm

It is important to stick with the NBC10 Weather Team's latest forecast as the track could continue to shift and could change how much snow you get.

Download the NBC10 app right now and continue to tune into NBC10 News on air, on Roku and on Apple TV as the First Alert Weather Team continues to update the storm forecast.

Your Photos: First Round of Snow Moves In