One person was killed while thirteen others were hurt after a van overturned on I-295 in Mercer County, New Jersey.

The van, which had 14 people inside, was traveling northbound on I-295 near milepost 59 in Hamilton Township Wednesday afternoon when it struck a guardrail, reentered the road and overturned.

The 33-year-old driver along with three passengers, 55-year-old Daniel Del Carmen Marmol Batista, of Ridgewood, New York, a 47-year-old woman and a 19-year-old man, were all ejected in the crash.

Batista died from his injuries while the woman and young man sustained serious injuries. The driver, as well as the ten remaining passengers inside the van, all suffered minor injuries. 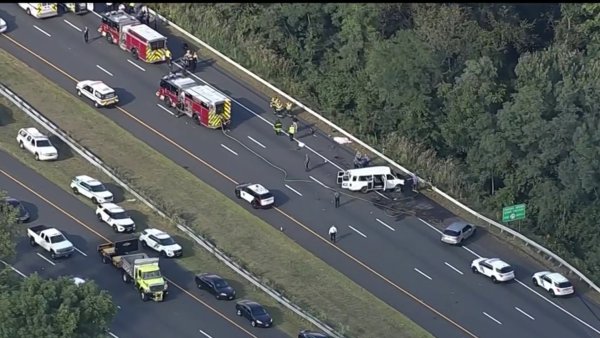 Multiple People Hurt in I-295 Crash

The right and center lanes on I-295 northbound were closed for five hours due to the crash. New Jersey State Police continue to investigate.