The crash occurred in the northbound lanes of the turnpike near the Robbinsville exit.

Two men died after a tractor trailer collided with the support beam of a bridge on the New Jersey Turnpike in Robbinsville, Mercer County, Thursday night.

The crash occurred in the northbound lanes of the turnpike near the Robbinsville exit at 9:22 p.m. The truck was carrying watermelons which spilled onto the road after the crash.

Truck Crash Closes Portion of I-95 in Delaware for Hours 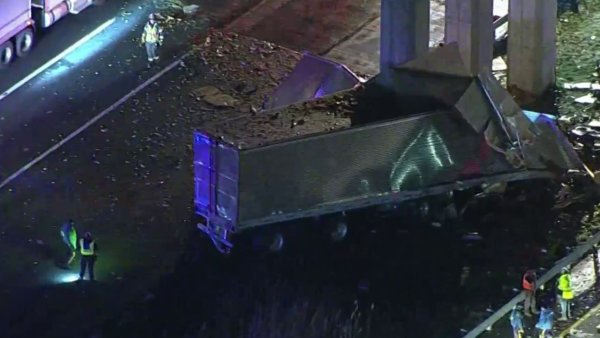 The crash caused an overnight closure of the highway, before lanes were reopened Friday morning.

The crash remains under investigation.