I-676 Reopens After Tugboats Pull Barges Away From Bridge

The adrift barges on the Schuylkill River that led to the closure of the Vine Street Expressway and SEPTA issues were hauled away by tugboats Thursday leading to traffic flowing again on busy Interstate 676.

Tugboats moved in late Thursday morning and moved the barges up river just before noon.

As the river swelled Tuesday night with runoff from Tropical Storm Isaias, the barges were displaced from their moorings near the Philadelphia Museum of Art and floated down the river, colliding with the north side of the Vine Street Expressway Bridge. The bridge was closed to traffic and SEPTA service in that area was halted due to concerns of the barge coming loose again and hitting the Market Street connector bridge, according to Mike Liberi from SEPTA.

Inspectors later determined the three barges would need to be moved before any traffic could start flowing again. There were concerns about the barges coming loose and causing another impact.

Interstate 676, which crosses the bridge, was closed in both directions from Broad Street to the Schuylkill Expressway (Interstate 76) interchange. Drivers were told to use surface streets to cross Center City at least until Thursday afternoon.

PennDOT district executive Kenneth McClain, who spoke at a Philly news conference Wednesday, said inspectors haven't found any serious structural damage to the bridge. The only thing they noticed was a bent stiffener bracket, which is not threatening the structure's integrity. That bracket will need to be replaced in a few weeks, but the bridge can reopen before that repair. 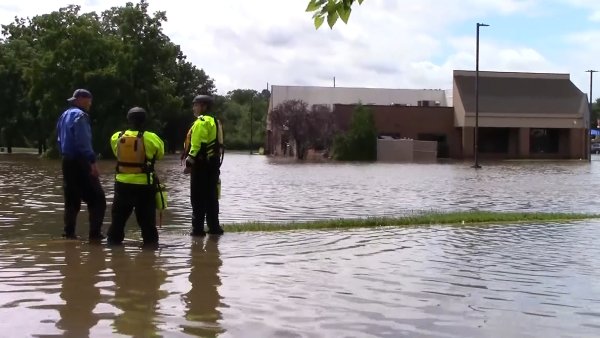 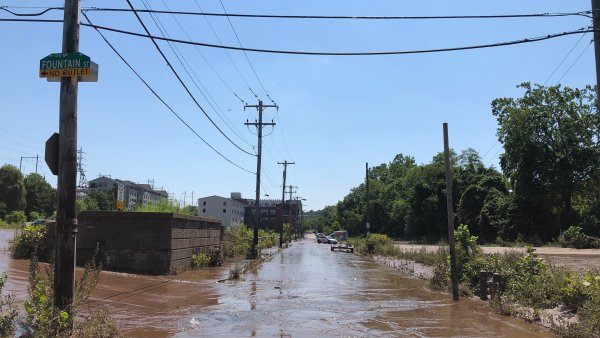 The only thing keeping the bridge closed was the barges, a PennDOT spokesman said Wednesday.

An official with the Army Corps of Engineers said tugboats were needed to loosen the barges.

The tugboats couldn't get to the expressway bridge Wednesday because the river was still flowing too fast from floodwater. The Corps is still investigating how the barges - which were being used for a dredging project upriver above the Fairmount Dam - came loose from their moorings in the storm.

The cost of the removal has yet to be revealed.

Drivers coming from Interstate 95 earlier had to get off the Vine Street at Broad Street or earlier. Earlier, Schuylkill Expressway (Interstate 76) drivers needed to get off at South or Spring Garden streets to access Center City, NBC10 First Alert Traffic reporter Sheila Watko said.

Drivers were urged to leave extra time to get into or out of Center City as the other bridges over the river backed up.

All Regional Rail service was at one point suspended for the Wednesday morning commute in Philadelphia. Service returned to previous schedules as of 3 p.m. Wednesday, Liberi said.

The bridge is upstream from a SEPTA rail bridge at 30th Street. The commuter bus and rail agency said it originally suspended all Regional Rail service out of an abundance of caution until the barge was secured or crossed under the bridge.

Isaias produced heavy rain and strong winds over the Philadelphia region leading to flooding on Tuesday.