American Kevin Bickner was the only American who progressed into the final round, finishing 24th

One of four Americans made it to the final round of normal hill ski jumping Saturday, but Kevin Bickner didn't soar far enough to win the gold, which went to German Andreas Wellinger.

High winds at the Alpensia Ski Jumping center during the first round resulted in a 30-minute delay of the final. The temperature was minus-11 Celsius (12 Fahrenheit) but it felt a lot colder with the wind chill.

The wind continued in the final round and there were numerous delays before 22-year Wellinger nailed a jump of 113.5 meters to secure the gold with 259.3 points. 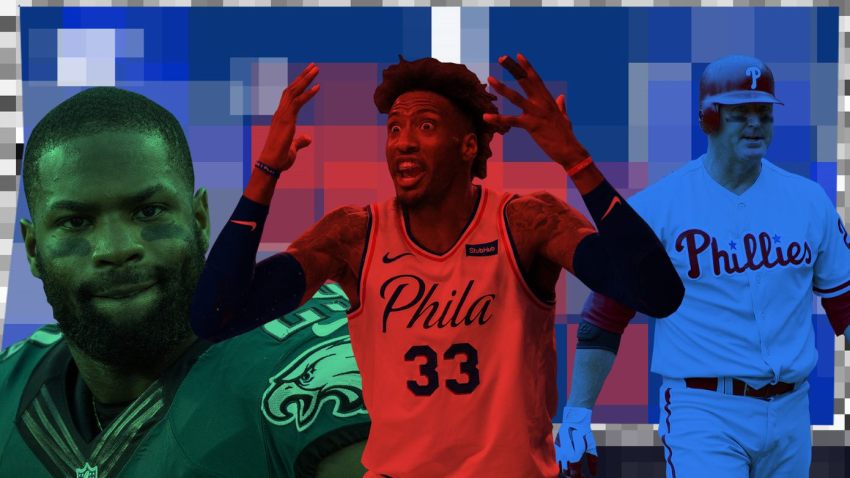 Remembering 18 of the Worst Philly Athlete Performances Ever

Wellinger is third in the overall World Cup standings this season and was competing in his second Olympics.

Four members of U.S. men's ski jumping team, a set of new faces that includes a group who train together at the Norge Ski Club near Chicago, took to the frigid air in Pyeongchang Saturday as they vied for the sport's first gold of the 2018 Winter Games.

Bickner was the only American who progressed into the final round after coming in 14th place in the day's first round of jumping. He finished in a tie for 24th.

Michael Glasder didn't make it to the final round with his 32nd-place qualifying round finish, along with Olympic debutant Casey Larson — the 100,000th male Olympian in history when he made his qualifying jump on Thursday — was in 39th place and William Rhoads in 46th place.