The Phillies used the last week to get back to .500, so I hate to be the bearer of bad news, but it doesn't sound like things are going that well for Vance Worley in his recovery from an elbow injury that sent him to the 15-day disabled list recently.

That's because Worley hasn't even begun to throw again, but should start tossing again in "the next few days," according to MLB.com's Jake Kaplan.

"We'll see where that takes us," Worley said.

According to Kaplan, the young righty "could not offer a timetable" for when he'd be back, but did say he has a bone chip in his elbow. That chip is causing inflammation and that's a big concern, regardless of the optimism that Worley's expressing. 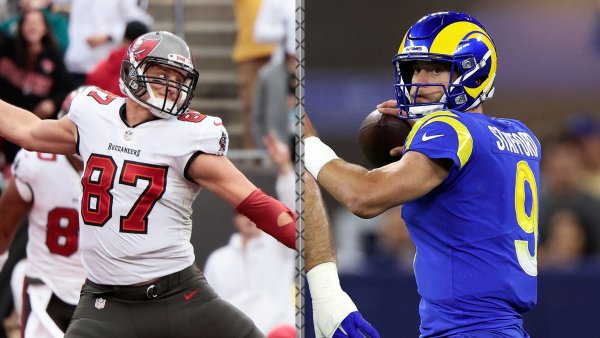 What to Watch in the NFL Playoffs Divisional Round

"It's just right where we want to be, I guess," Worley said of the rehabilitation process. "I'm not throwing for another couple days. Just kind of taking it day by day right now."

The problem is that Worley's not right where he wants to be, because he has a bone chip. And according to Matt Gelb of the Philadelphia Inquirer, that chip is likely to require offseason surgery. So he's clearly in a bad spot right now; Worley said he would "man up" and work through the pain until he made it to the offseason.

For now, he's going to keep resting the arm and hope that the inflammation goes down. If it does, that's great.

Either one's a pretty big nightmare because it means that Worley could need a lengthy amount of time off. Maybe it'll all be fine and the chip won't be an issue in two weeks.

But ever since Worley started talking about his elbow injury, this whole thing has sounded like something that could escalate pretty quickly. If his elbow doesn't respond to rest, his injury situation could get out of hand faster than the Phillies season.