The Philadelphia Union announced Tuesday a multi-year partnership with Subaru of America, which means Talen Energy Stadium in Chester is now Subaru Park.

I cannot emphasize this enough: what a huge improvement.

Talen Energy Stadium wasn't a miserable name, but it wasn't... good. The sponsor name itself was pretty clunky, and "stadium" is probably my least-favorite designator for a sports arena. Field, park, center (or centre) are all better than "stadium" or "arena", and it's not close.

By switching back from "stadium" to "park", an homage to the original PPL Park name, the Union's home pitch sounds so much more fun. "Let's head to the park for the game" is very inviting. "What a time we'll have down at the park!" 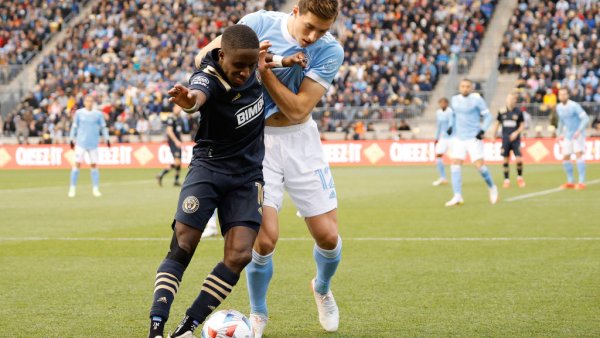 Also, "Subaru Park" lends itself to the time-honored tradition of shortening sports arena names. Eagles fans once did it with The Vet and now do it with The Linc; Phillies fans do it with The Bank; Sixers and Flyers fans can either use The Center or The Farg.

Talen Energy Stadium offered no such opportunities, but Subaru Park does. You can call it The Roo, or you can call it The Soob. Both are short, concise, self-contained. Either way, it's fun and good and gives the park an identity.

Between the new field name and the Union's new home kits, 2020 is shaping up to be a very enjoyable season for Philadelphia's soccer fans.