Katie Ledecky headlined the group of American swimmers looking to add the the medal haul Tuesday night into Wednesday morning at the Tokyo Olympics.

There were also plenty of Philadelphia-area connections to keep an eye on as the teams competed. 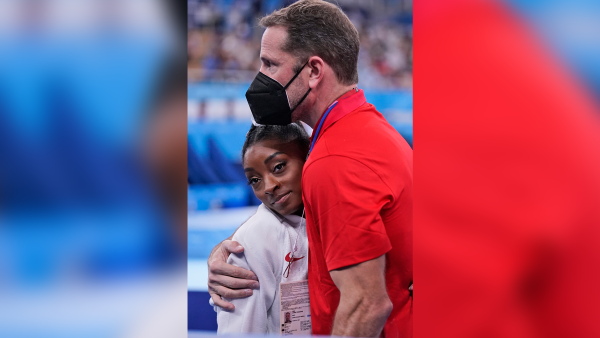 US Olympic Medal Records: A History of Our Country's Biggest Wins

Katie Ledecky couldn't make the podium in the 200m freestyle, finishing fifth with a time of 1:55.21. Australia’s Ariarne Titmus won the event in 1:53.50. Hong Kong's Siobhan Bernadette Haughey finished in second for the silver medal and Canada's Penny Oleksiak came in third to earn a bronze.

The United States men's 4x200m freestyle relay team did not reach the podium in the final late Tuesday night. The lineup of Kieran Smith, Drew Kibler, Zach Apple and Townley Haas was in a tight race for the bronze medal, but came up short and finished in fourth place.

Great Britain's relay team earned the gold medal. The Russian Olympic Committee and Australia came in second and third for the silver and bronze medals, respectively.

This is the first time in history the United States has failed to make an Olympic swimming relay podium.

Two swimmers with local ties made finals with New Jersey's Nic Fink into the final for the men's 200m breaststroke and Pennsylvania's Hail Flickinger into the women's 200m butterfly final after posting the fastest time in the semis.

The four members of the U.S. women's 3x3 basketball team won gold and made history.

For future trivia questions asking who won the first Olympic gold medal in women's 3x3 basketball, the answer will be: Stefanie Dolson, Allisha Gray, Kelsey Plum and Jackie Young of the United States of America.

That quartet of WNBA players led the U.S. to an 18-15 victory over the Russian Olympic Committee in the first ever women's 3x3 basketball gold medal game on Wednesday.

The outcome was never in doubt as the Americans jumped out to an 8-3 lead behind five early points by Plum.

The U.S. men's basketball team's 120-66 win over Iran on Wednesday felt like a throwback performance by a team and country accustomed to global domination and lopsided Olympic victories.

It came on the heels of the team's stunning opening loss to France on Sunday, the United States' first since 2004. For the U.S., which also dropped two consecutive games in exhibition play, the loss raised concerns and placed unanticipated importance on the team's matchup against Iran. And the Dream Team, or Redeem Team, or In-Need-Of-Some-Self-Esteem Team, or whatever the 2020 Tokyo Olympics squad eventually will be nicknamed, responded with a dominant performance.

The shooting woes that hampered the U.S. against France were non-existent against Iran, as Team USA shot 55.3 percent from the field and hit 19 3-pointers. Damian Lillard went 7-for-13 from 3 to lead the United States with 21 points.

After losing to France in their opening game at the 2020 Tokyo Olympics, the USA men’s basketball team beat Iran 120-66.

The U.S. Women's water polo team suffered its first loss of the Tokyo Olympics in a tightly contested game against Hungary, 10-9.

Hungary's Rebecca Parkes scored three goals including the game clincher with 45 seconds left to put her team up for good.

The United States men's indoor volleyball team beat Tunisia in four sets early Wednesday morning. The U.S. lost the second set after taking the first, but were able to seal the win in the next two frames.