Carli Lloyd and the U.S. Women's National Team beat the Netherlands is a dramatic fashion to advance in women's soccer.

That is one of the events headlining a day of action at the Tokyo Olympics.

Some American swimmers went for more hardware in the pool.

Keep an eye out for Phillies connections as Team USA took on Israel in its baseball opener and some local runners competed in women's 800m heats as track and field began.

The U.S. Women's National Team would not allow history to repeat itself.

Not after the team waited five years to avenge a quarterfinal loss on penalty kicks in the 2016 Rio Olympics. Not when they found themselves in that very position once again on Friday in Tokyo. Not in what could be the final Olympic run for a group of veteran players who are looking to restore pride and the team's long-established gold standard.

Their run continues after the U.S. defeated Netherlands 4-2 in penalty kicks during their quarterfinal knockout matchup of the Tokyo Olympics. It was one of those gold-medal winning veterans, Megan Rapinoe, who scored the winning PK to the upper corner, sending the United States to the semifinals against Canada.

The track and field competition in Tokyo began with a full day of action.

In the first event of track and field at the Tokyo Olympics, Hillary Bor surprisingly did not advance to the final in the men’s 3000m steeplechase after having finished seventh overall at the 2016 Rio Games. He was in the third heat, where the runners ran at a much slower pace than their counterparts in the first two heats.

Among the other Americans, Benard Keter advanced after finishing in 8:17.31, good enough for sixth in the second heat, and Mason Ferlic finished eighth in the first heat.

In a blistering set of heats in the women’s 100m, Marie Josee Ta Lou of the Ivory Coast had the fastest qualifying time at 10.78, followed by Jamaica’s Elaine Thompson-Herah at 10.82 and Olympic legend Shelly-Ann Fraser Pryce at 10.84.

All three Americans -- Teahna Daniels, Javianne Oliver and Jenna Prandini, who replaced Sha’Carri Richardson in the event – also advanced to the semifinals on Saturday at 6:15 a.m. ET. The finals will follow at 8:50 a.m.

In the women’s 800m, New Jersey's own Athing Mu and Raevyn Rogers won their respective heats to advance to the semifinals on Saturday at 7:50 a.m. ET. Philadelphia's Ajee’ Wilson came on strong at the end of a fast heat to finish second in 2:00.02, the third-fastest time overall behind Jamaica’s Natoya Goule and Great Britain’s Jemma Reekie. Ireland's Siofra Cleirigh Buttner (who attended Villanova University) failed to make the semifinals.

All three Americans in the men’s 400m hurdles advanced to the semis after their performances in the heats. Rai Benjamin and Kenneth Selmon had the fourth (48.60 seconds) and fifth (48.61) fastest times overall. Dave Kendziera was toward the back of the pack with a time of 49.23.

Sam Mattis was the only American to advance in the discus throw, with his best throw at 63.74m, good enough for eighth out of the 12 athletes moving forward. The final will be Saturday at 7:15 a.m. ET.

In the second session, The U.S. team was disqualified in the mixed 4x400m relay on Day 1 of track competition. They were docked for a handoff outside of the takeoff zone between Elija Godwin and Lynna Irby.

Team USA appealed the decision though and has since won that appeal. The United States will compete in Saturday's 4x400 mixed relay event.

Ethiopia's Selemon Barega won gold in the first-ever men's 10k, but silver and bronze go to Uganda's Joshua Cheptegei and Jacob Kiplimo in a historic race for the country.

The race came down to the final 800m, where Cheptegei and Kiplimo accelerated past Ethiopia's Berihu Aregawi and Canada's Mohammed Ahmed to finish on the podium.

American Grant Fisher finished in fifth with a time of 27:46.39.

Baseball is back at the Olympics, and Team USA started its quest for a gold medal on Friday morning by knocking off Israel 8-1.

The Americans were led by Tyler Austin's three-hit, three RBI effort. His two-run homer in the top of the third set the tone for Team USA. Eddy Alvarez also added two doubles and two RBIs.

Joe Ryan anchored the United States on the mound with a sterling six inning pitched and just one earned run allowed. He struck out five. 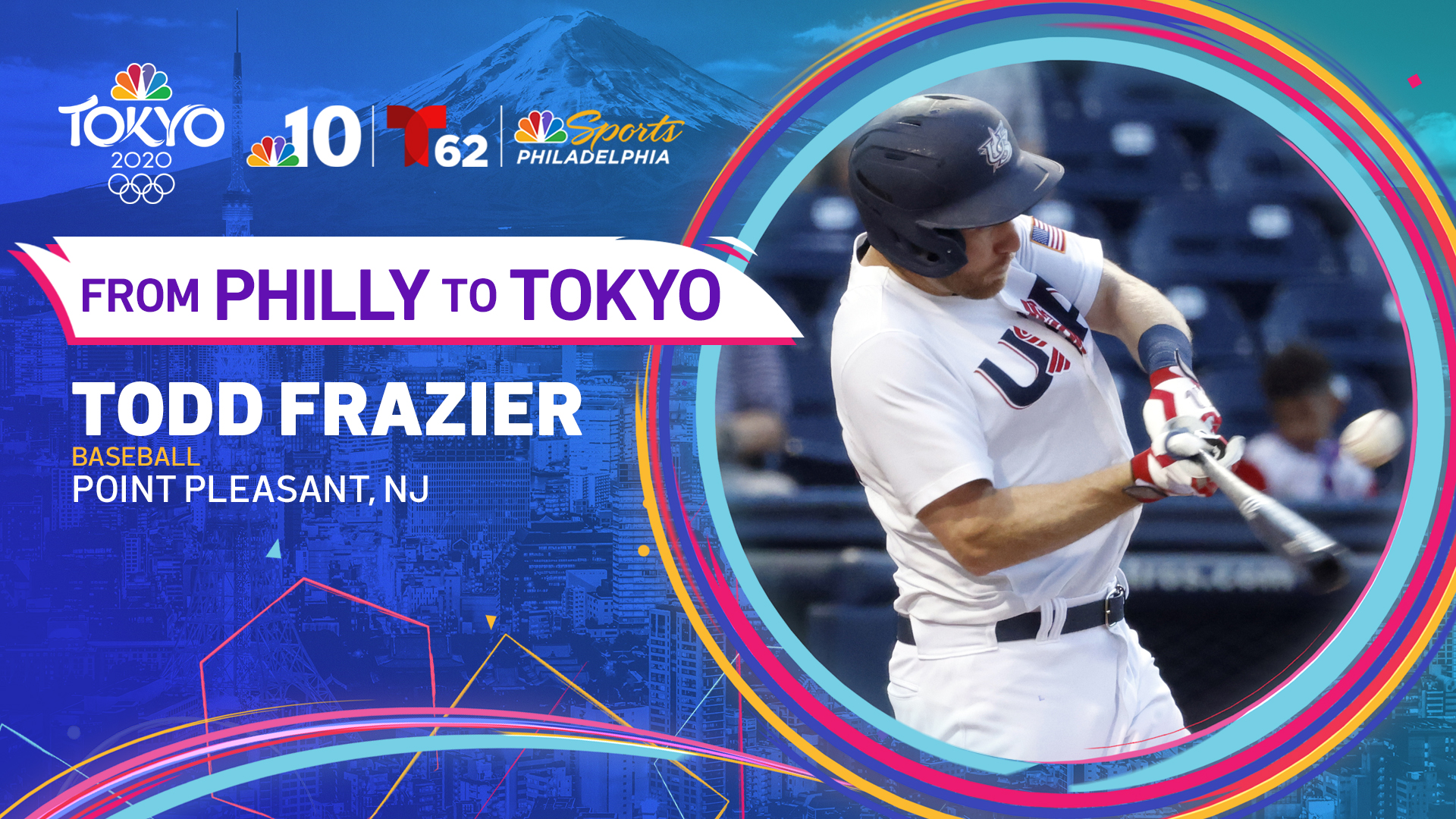 From Philly to Tokyo: All-Star Todd ‘The Toddfather' Frazier Brings Power to Olympics 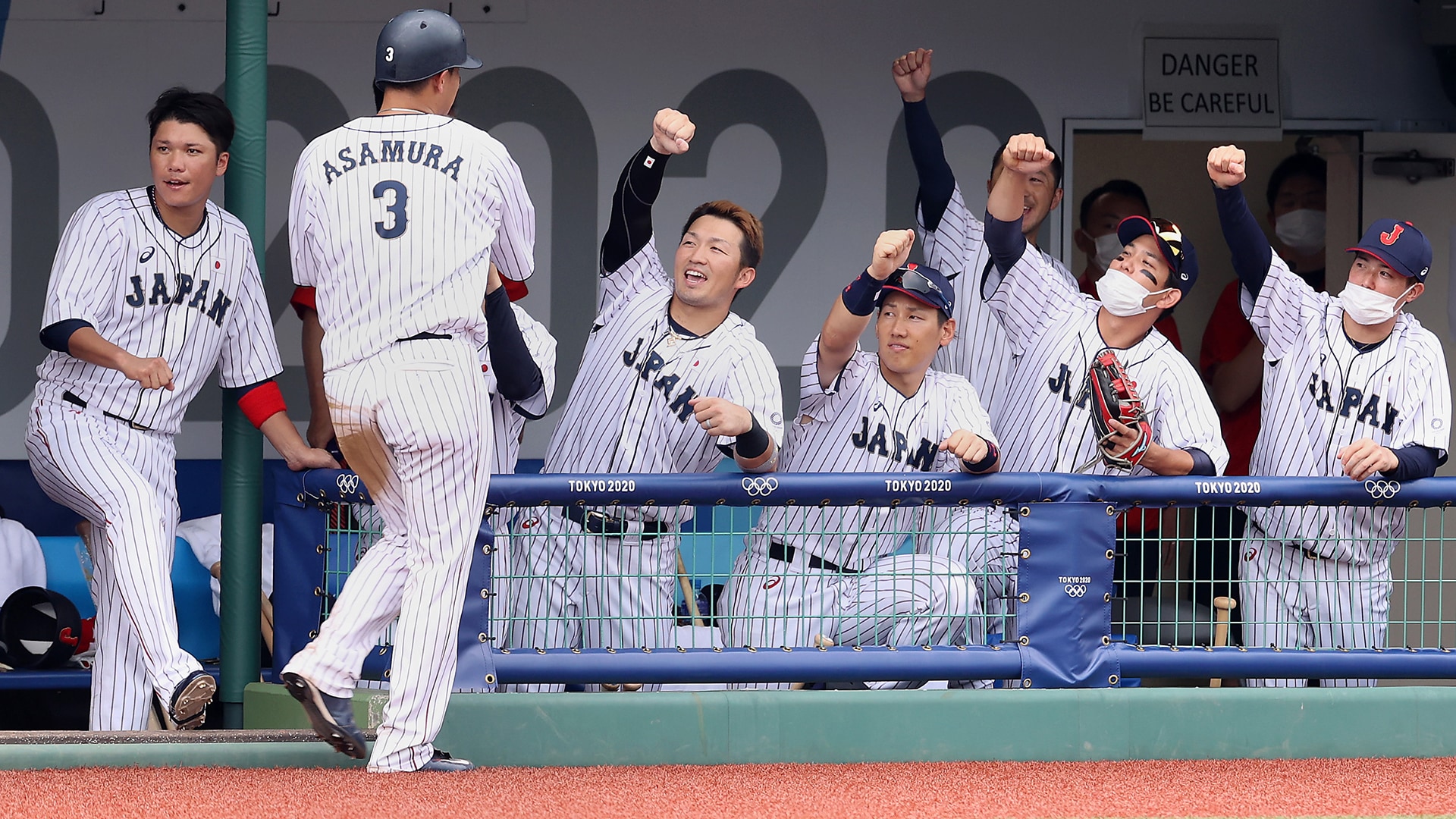 Israel's roster features some notable ex-big leaguers in Ian Kinsler, Danny Valencia and former Phillie Ty Kelly. Former Phillies prospects Josh Zeid and Jeremy Bleich also play for Israel. The team is ranked No. 24 in the World Baseball Softball Confederation rankings, while the U.S. comes in at No. 4.

A swimmer besides Michael Phelps will stand at the top of the men's 200m individual medley podium for the first time since the 2000 Sydney Olympics, but it won't be American Michael Andrew.

American swimmer Caeleb Dressel set yet another record at the Tokyo Olympics. In the men's 100m butterfly semifinal on Thursday night, Dressel set the event's Olympic record with a time of 49.71.

The 2016 champion earned a silver medal in Tokyo, and Luke Greenbank of Great Britain won bronze.

Both the men and women for Team USA just missed the podium in rowing eights, finishing fourth in their respective races.

Canada came in first for the gold medal, New Zealand came in second for the silver and China came in third for the bronze in Women’s eight.

With both the women and men failing to medal, The United States will not earn a medal in Olympic rowing for the third time ever. The other two instances were at the 1908 and 1980 Games -- in both instances, the U.S. had no rowers entered.