All eyes were on the American women on the Tokyo track Tuesday night ET as New Jersey native Sydney McLaughlin won gold and set a world record in the process in the women's 400m hurdles.

Here are five to watch:

Femke Bol of the Netherlands came in third at 52.03 seconds.

McLaughlin entered the race as the world record holder in the event, while Muhammad came in as the defending Olympic champion.

McLaughlin set the previous world record time of 51.90 against Muhammad at the U.S. Olympic Trials in June and also posted a better time than Muhammad in the semifinal round in Tokyo.

Track and field turned around and had another session that began at 5:30 a.m. ET on Thursday.

Team USA's Allyson Felix will attempt to win another medal in the women's 400m final. The 35-year-old mother finished second in her heat to automatically qualify for the race. Felix crossed the finish line in 49.89 seconds.

She is already proving to everyone that age is just a number, finishing first in the third heat of Round 1 on Monday in 50.84 seconds.

Quanera Hayes started off strong in the first heat of the semifinals but tired out over the last 250 meters. She finished with a time of 49.81 seconds. American Madeline Jonathas finished fourth in the second heat with a time of 50.51 seconds.

American Courtney Frerichs won her first Olympic medal in the 3000m steeplechase. After taking the lead for most of the race, she was passed on the final lap by Uganda's Peruth Chemutai. 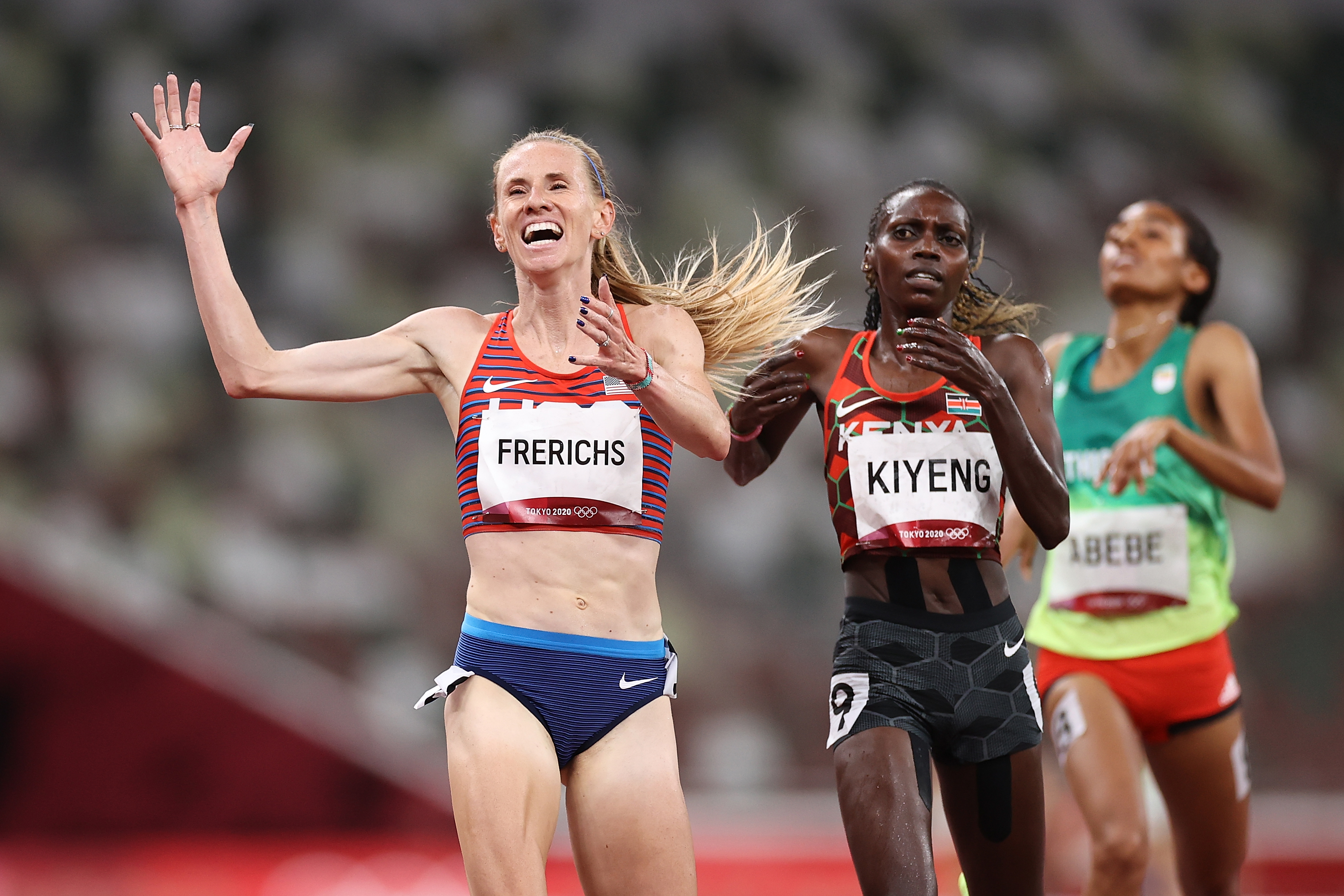 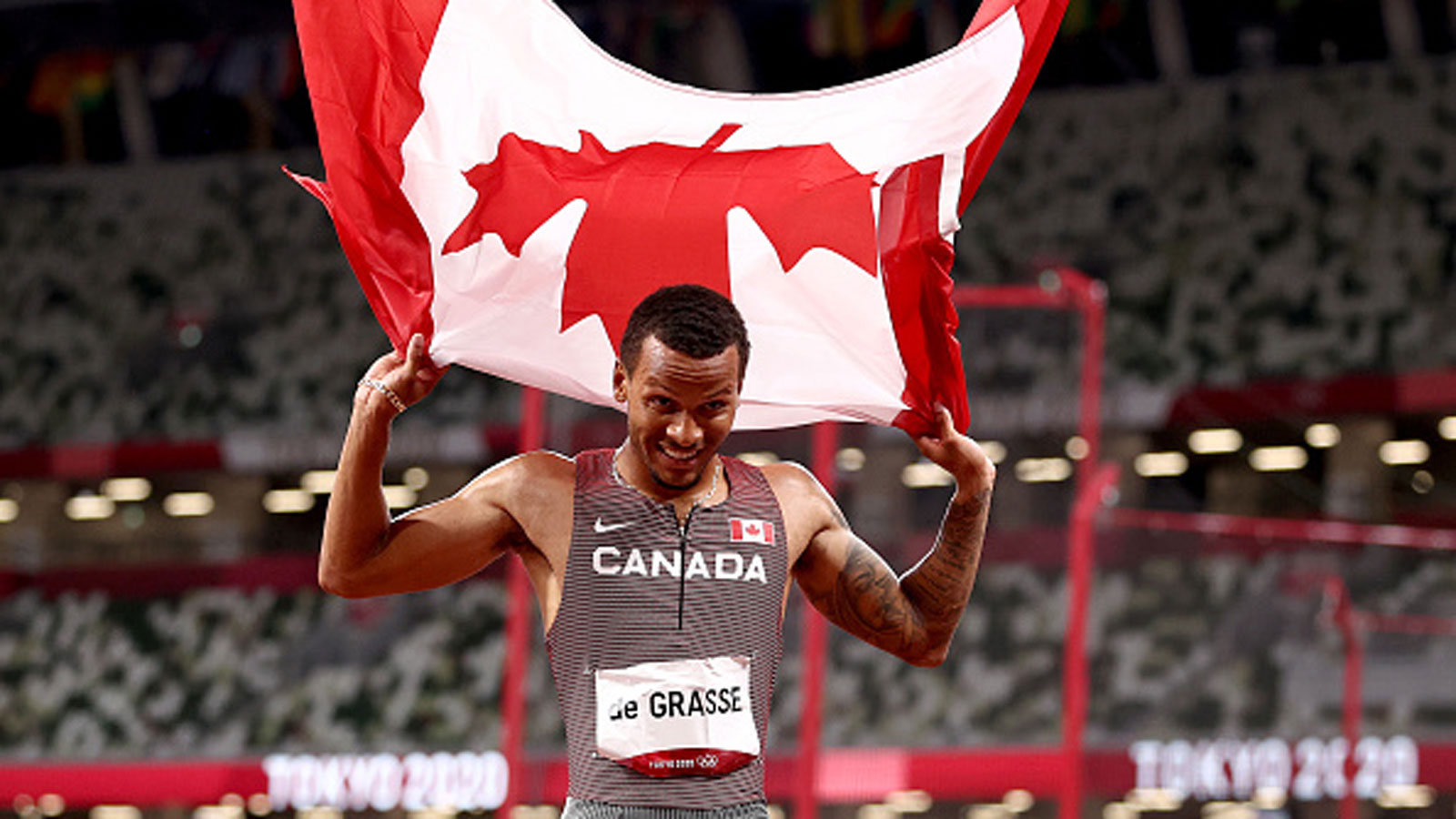 The morning wrapped up with a North America showdown in the men's 200m.

With Usain Bolt not in the field, it was wide open for Americans Noah Lyles, Kenneth Benarek and teen Erriyon Knighton. It was Canada's Andre de Grasse who would take home gold, with Bednarek winning silver and bronze for Lyles.

For a team that has won six straight gold medals and more than 50 consecutive games, playing from behind is unfamiliar and unexpected territory.

Yet, after the first quarter in all three games during pool play, the mighty U.S. women's basketball team found itself in that very territory: trailing.

That changed on Wednesday as the U.S. jumped out to an early lead en route to a 79-55 rout of Australia in its quarterfinal matchup at the Tokyo Olympics. The fast start helped secure a spot in the Final Four as Team USA extended its winning streak to 53 games and put itself within two victories of a seventh straight gold medal.

The U.S. advances to the semifinals to face Serbia, which defeated China 77-70 in the quarterfinals, on Friday at 12:40 a.m. ET.

U.S. women's basketball advanced to the semifinals with its win over Australia. The win marks the team's 53rd straight win, putting the U.S. two victories away from a seventh straight gold medal.

US women’s volleyball beats Dominican Republic to advance to semifinals

Despite being without setter Jordyn Poulter and opposite hitter Jordan Thompson, the United States women’s volleyball team handled the Domincan Republic with relative ease, winning 3-0 in the quarterfinal matchup.

The U.S. team now will play in the semifinals, where they can punch their ticket to the gold medal game. It's the United States' fourth straight Olympic semifinal appearance. 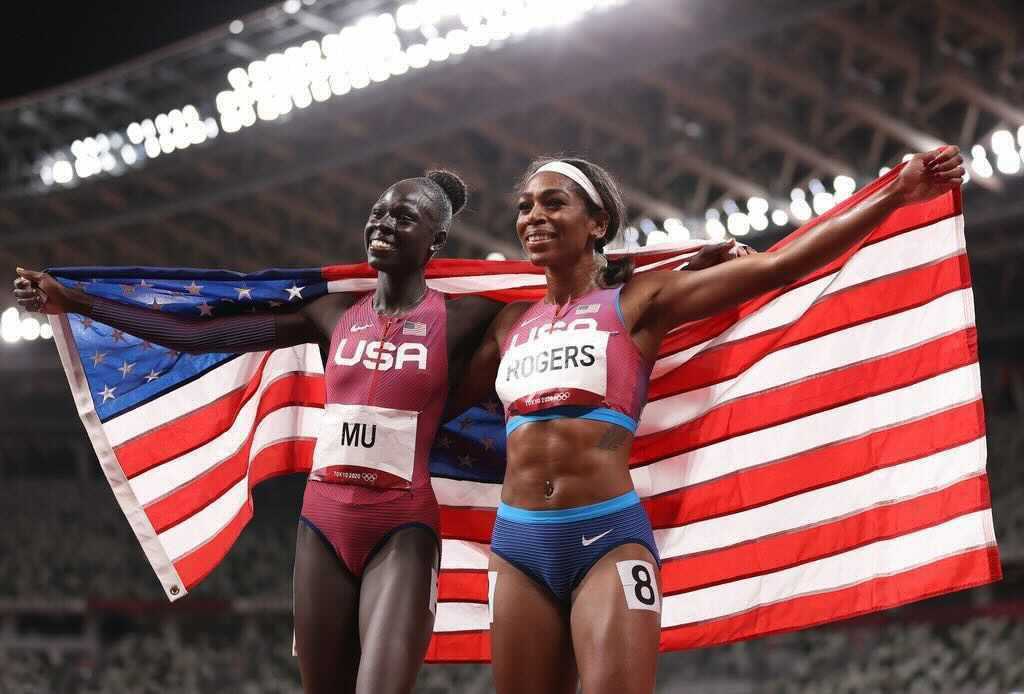 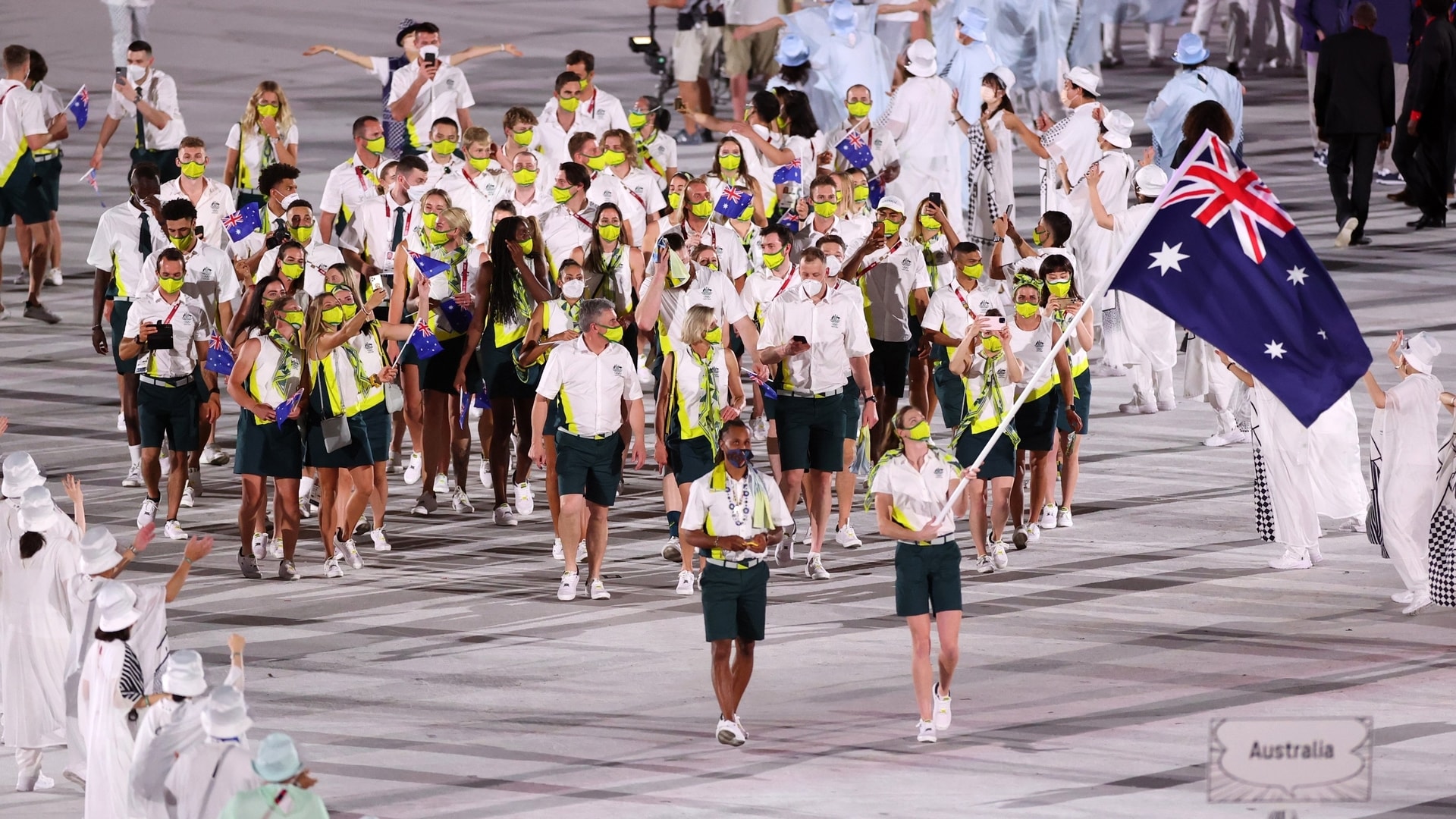 The U.S. -- which features Penn State alums Micha Hancock and Haleigh Washington -- will face the winner of Serbia and Italy in the semifinals. The United States came from down 2-1 to defeat Italy 3-2 in the last match of group play.

The U.S. women’s volleyball team advanced to the semifinals after shutting out the Dominican Republic 3-0.

The first round of the women’s golf tournament is in the books and Sweden’s Madelene Sagstrom is on top of the leaderboard by one stroke, while Team USA’s Nelly Korda and India’s Aditi Ashok are tied for second.

Korda entered the Olympic tournament as the world's top-ranked golfer and finished four under par and one stroke behind Sagstrom.

Viewers can stream Round 2 of the tournament on Aug. 4 at 6:30 p.m. ET. Click here for more information on scheduling.

Japan's Sakura Yosozumi won the first ever Olympic gold medal in women's park skateboarding on Wednesday in Tokyo. Yosozumi, 19, was the oldest medal-winner by more than six years. Japanese teammate Cocona Hiraki, 12, took silver with a 59.04; she scored a 58.05 on her first run, 59.04 on her second, and 5.70 on her third.

World No. 1 Misugu Okamoto, 15, qualified first out of prelims but missed the podium in the final, finishing fourth. Her highest run score was a 53.58.

American Bryce Wettstein advanced to the final but teammates Brighton Zeuner and Jordyn Barratt missed out, finishing in 11th and 12th in prelims, respectively. Wettstein finished sixth with a 44.50 on her first run.

Holding the Olympics during a pandemic means lots of empty seats that were supposed to be filled with cheering fans. NBCLX storyteller Chase Cain takes you to Ariake Urban Sports Park in Tokyo, where the first-ever Olympic skateboarding competition was held, to learn what it’s like to be one of the only fans in the Olympic stands — and how all that quiet affects the athletes competing.