Thomas went into the week saying it was a “different kind of fun” to grind over pars, to hit middle irons to difficult pins instead of the low scoring at so many other tournaments

This wasn't the kind of fun Justin Thomas had in mind for a U.S. Open at Winged Foot.

But he'll take it.

For all the hype and history of how much punishment Winged Foot has doled out over the years. Thomas took advantage of a surprising soft and gentle Thursday morning with a 5-under 65, the lowest score in six U.S. Opens on this tough Tillinghast design.

All that got him was a one-shot lead over Patrick Reed, Thomas Pieters of Belgium and Matthew Wolff, the 21-year-old Californian making his U.S. Open debut.

Rory McIlroy was among those two shots behind on a scoreboard filled with red numbers, an unusual site at a Winged Foot course that has never yielded so many rounds under par — 21 — in the opening round of a U.S. Open.

“It’s helpful with three days left, but it’s not even remotely close to being over,” Thomas said of his best start in a U.S Open or any major. “As great of a round and fun as it was, it’s over with now, and I need to get over it.”

Thomas went into the week saying it was a “different kind of fun” to grind over pars, to hit middle irons to difficult pins instead of the low scoring at so many other tournaments. 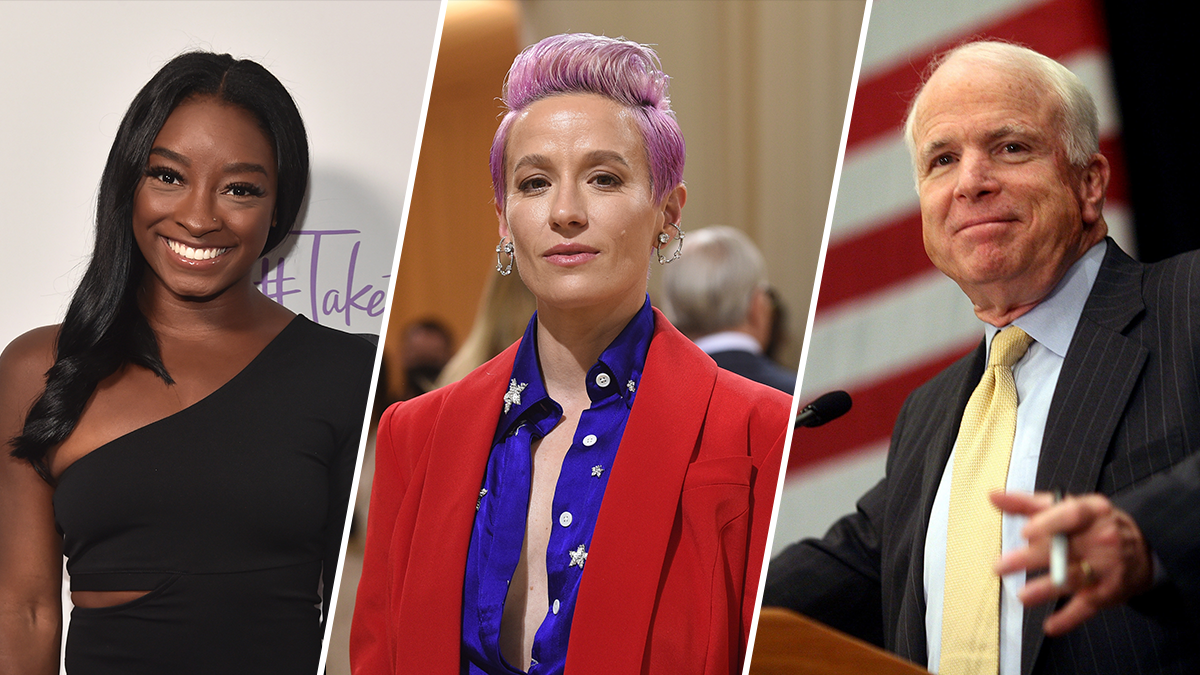 Presidential Medal of Freedom 2 hours ago

And then he delivered six birdies in the opening round, finishing with a 25-footer on the 18th on a putt he barely moved to get it started down one of the many wicked slopes on Winged Foot's greens.

“Yeah, 65 is fun no matter where you play, especially at Winged Foot,” Thomas said. “I was in a really good frame of mind, and I was focused. I just was sticking to my routine and playing every shot, as opposed to getting ahead of myself. It's one of those rounds where ... next thing you know, you make the putt on 18, you're done for the day.”

Woods was in five bunkers through five holes and then appeared to steady himself with three straight birdies around the turn to get under par, but only briefly. He made three bogeys coming in, still had a chance to post a reasonable score and then let it get away.

From short of the steep shelf fronting the 18th green, he flubbed a flop shot, pitched the next one about 8 feet beyond the pin and missed the putt to take double bogey for a73.

“I did not finish off the round like I needed to,” Woods said, a feeling he conveyed five more times out of the six questions he faced after his round.

Neither did Morikawa, who shot 40 on the back nine for a 76.

Pieters and Wolff dropped only one shot along the way while playing in the afternoon, when the greens became a little more difficult because of all the foot traffic. Even so, low scores — at least by Winged Foot standards — kept coming.

Louis Oosthuizen shot 30 on the front nine, after starting on 10, including a shot he holed from the fairway on No. 2 for an eagle. He shot 67 and joined the group that included Lee Westwood and McIlroy.

“There's a couple of guys that went a little lower than maybe expected,” McIlroy said. “But it's not as if the rest of the field are finding it that easy.”

Returning to the scene of a double bogey on the 72nd hole that cost him the 2006 U.S. Open, Mickelson opened with two birdies and still struggled to break 80. He went rough-to-rough on the 18th and shot 79. Dustin Johnson, the No. 1 player in the world, couldn't make putts and shot 73.

Most irritating to Woods was a missed chance to score.

Low clouds added to the soft feel of Winged Foot. The greens were fast but not as firm. Jordan Spieth discovered that on the first hole. He was trying to figure out if his approach would take a hard hop and release or land soft and spin back. He guessed wrong, the ball rolled down the slope to the front of the the green and he three-putted for bogey. He also shot 73.

Thomas judged it correctly with a short iron left of the flag that spun back close to the hole for birdie. His only dropped shot came at the par-3 third because the ball settled on a downward slope of a bunker, leaving him no chance to get it close. There were few complaints the rest of the way.

He also made three birdies around the turn, narrowly missing a fourth in a row from just inside 10 feet at the par-5 12th. Thomas felt at easy, and Winged Foot allowed him to feel that way. At least on Thursday.

“The greens are very soft,” Thomas said. “I thought they'd be a little firmer, but I also understood that they need to err on this side of they can get them how they want this weekend. ... It's still Winged Foot. You've still got to hit the shots."

Reed had one of two aces on the seventh hole, both with a delayed celebration because no spectators are allowed.

“It would have been nuts. Up here in New York, the fans are amazing,” he said. “It was unfortunate the fans weren’t here because that would have been an awesome experience. But at the same time, an ace is an ace. I’ll take it either way.”

Reed prefers the U.S. Open to be a battle for par, and so it was for those who got out of position. Even then, he delivered. Reed clipped a tree on the 16th and was some 300 yards from the green and managed to escape with par. Ditto for the 17th, where he hammered a hybrid out of thick grass and let it run hot onto the putting surface.