Despite a big night from Tyrese Maxey, the Philadelphia 76ers fell to the Miami Heat 119 to 103 and are down 0-2 in the Eastern Conference Semifinals.

The team fell Wednesday night in Game 2 of its second-round series as the Heat took a 2-0 lead with a 119-103 win at FTX Arena.

For the Sixers, Tyrese Maxey recorded 34 points. James Harden had 20 on 6-for-15 shooting and nine assists. Tobias Harris added 21 points.

Game 3 will be Friday night in Philadelphia. Here are observations on the Sixers' loss Wednesday: 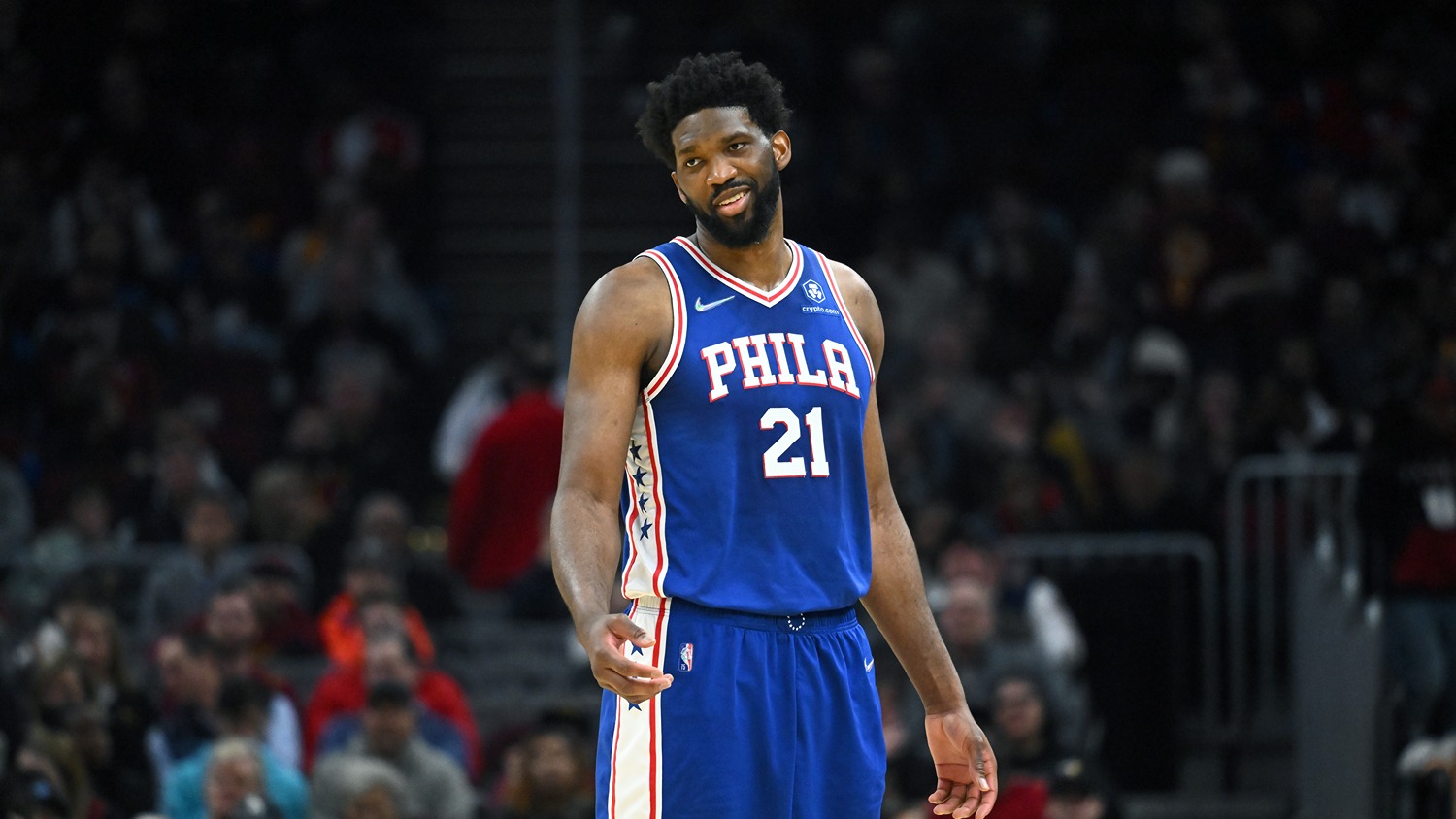 DeAndre Jordan started a second straight game and seemed to be in the middle of every single play.

Miami was understandably determined to make Jordan work defensively and to exploit him in drop coverage. Butler strolled into a mid-range jumper for the Heat’s first points and Adebayo got two first-quarter dunks off of pick-and-rolls involving Jordan. Max Strus nailed an early three-pointer on a dribble handoff with Adebayo, too. Sixers guards generally can’t afford to get caught on screens with Jordan on the court, and that was problematic early.

Offensively, Jordan’s impact was more positive. The 33-year-old looks more likely to help the team early in the shot clock with drag screens and lob dunks than when the Sixers are probing for an opening and he’s stationary in the dunker spot. A Harris-to-Jordan lob made it 15-11 Sixers.

Obviously, whatever they do at center is a huge downgrade from Embiid. They'll hope he's cleared very soon.

Sixers head coach Doc Rivers is not working with anything close to the NBA’s best bench or most reliable backup center situation. That doesn’t mean Rivers should be at all exempt from criticism, but it’s true that more of his choices are likely to stand out as questionable.

On Wednesday night, he turned to Furkan Korkmaz late in the first quarter, removing Harden. Butler beat Korkmaz for an offensive rebound, then dished to Dewayne Dedmon for a dunk that gave the Heat a 29-24 lead. Miami ended the first period on a 9-2 run.

One obvious issue with the Sixers’ second unit is that opponents often feel confident targeting the team’s bench players in one way or the other. Korkmaz, for instance, conceded a wide-open three-pointer to Herro when he failed to navigate over or around a screen with Reed in deep drop coverage. Korkmaz did knock down two three-pointers and score on a nifty second-quarter drive. With the Sixers’ woeful outside shooting to begin the series, there was some logic in giving him a prominent role.

That wasn’t a great sign. Players like Butler prey on below-average defenders in the postseason, and Korkmaz still clearly fits that label despite his efforts to improve on that end of the court. Butler attacked Korkmaz and scored a mid-range, and-one jumper over him in the third quarter. His free throw put Miami up 84-71.

Georges Niang broke his individual three-point shooting ice this series (0 for his first 9) with a jumper late in the second quarter. Less than a minute later, Herro went at Niang on the wing and drained a tough triple over him. Niang fouled out after playing just 10 minutes.

Rivers shortened his rotation from 11 to nine players, not including Shake Milton for the first time this postseason. Paul Millsap also didn’t play.

Harden again had a subpar shooting start, opening 1 for 5 from the floor. He was frustrated by a couple of no-calls and not always fully committed as a decision-maker. Harden spotted Matisse Thybulle momentarily open for a lob, but he couldn’t connect with the third-year wing and turned the ball over.

While Harden committed three first-half turnovers, no other Sixer had any. That enabled the team to keep the game competitive.

Maxey found regular opportunities to drive downhill both in transition and half-court offense. He was persistent about pressuring the Heat’s defense, just as his teammates and coaches constantly urge, and continued to show he's more than a young player with sporadic spurts of explosive scoring talent. There's no reason to look beyond this season yet, but Maxey's development will be a genuinely tremendous Sixers story whenever the year's over.

The Sixers likely would have needed Harden to be fantastic to take Game 2, and he was not. With the team down eight points in the fourth quarter, he couldn't hit a mid-range jumper or a step-back three. Then, after a Oladipo fast-break layup, Harden threw his arms up in disbelief when no whistle blew on his driving layup attempt.

Efficient three-point shooting tends to be vital around Harden, and the Sixers again didn't receive it. Danny Green went 1 for 9 from behind the arc. The Sixers were 8 for 30.