Sixers Dominate Raptors to Win Series, Advance to 2nd Round

Behind strong performances from Tyrese Maxey, James Harden and Joel Embiid, the Sixers dominated the Toronto Raptors to close out the series and advance to the second round of the NBA playoffs.

He was, without question, correct.

The Sixers closed out a series that had grown decidedly uneasy with immense emphasis on Thursday at Scotiabank Arena. They advanced to Round 2 of the playoffs with a 132-97 blowout win over the Raptors.

James Harden saved his best for last in his first playoff series with the Sixers, posting 22 points on 7-for-12 shooting and 15 assists. 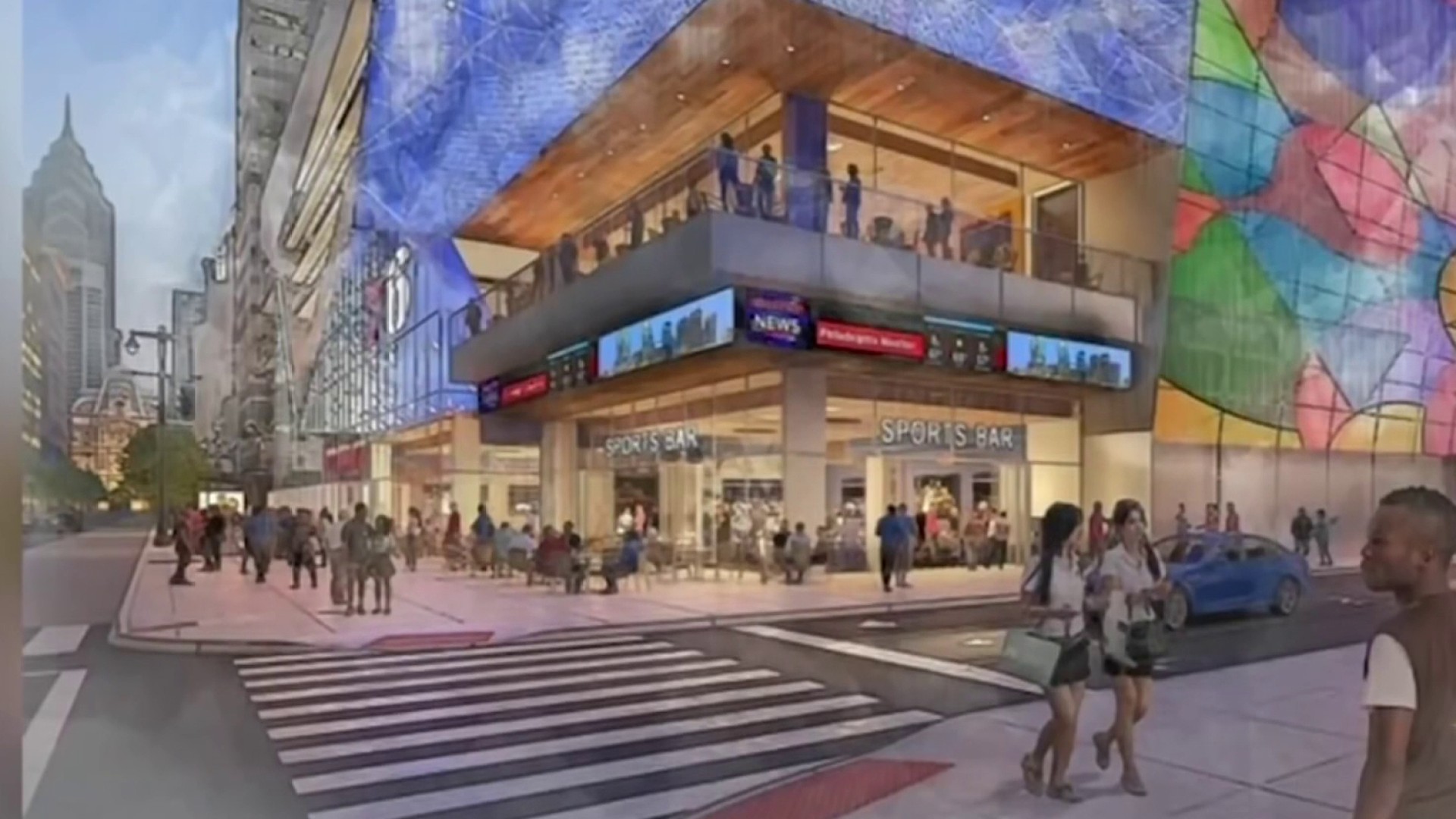 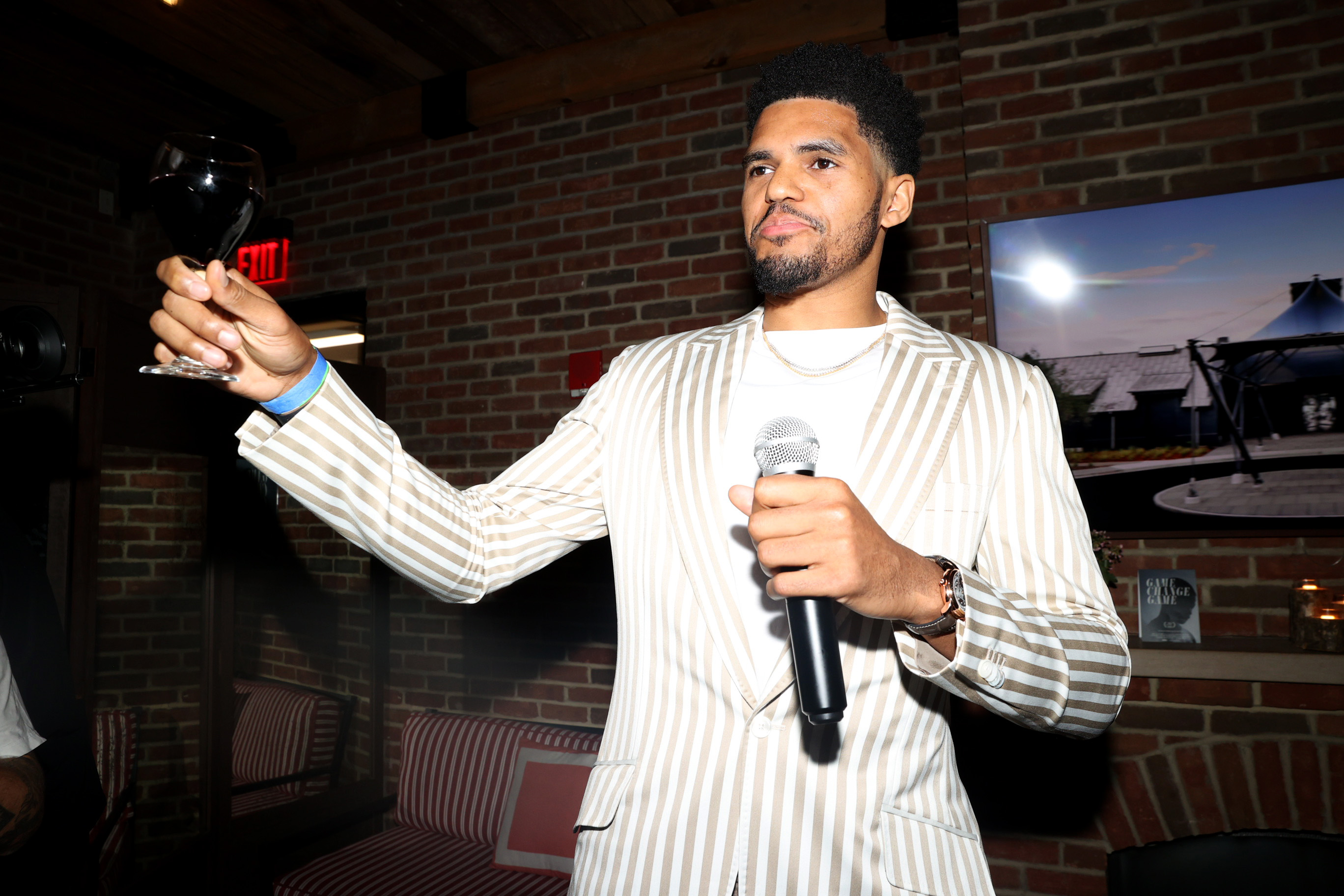 Tobias Harris Makes Hilarious Clarification Prior to His Wedding

Tyrese Maxey exceeded his total from the past two games, scoring 25 points.

Without Fred VanVleet (left hip flexor strain) for a second straight game, Toronto got 24 points from Pascal Siakam and 25 from Chris Boucher.

The Sixers' second-round series against the top-seeded Heat will begin Monday night in Miami. Here are observations on their series-clinching win:

Toronto sprinted out of the gates with its offensive A-game. Scottie Barnes scored inside on Embiid, Gary Trent Jr. sunk a three-pointer on the secondary break, and the Raptors began 7 for 8 from the field as a team.

To the Sixers' credit, Toronto's hot start had zero discernible impact on their own offense. Maxey made a second-chance three on the team's first possession, Tobias Harris converted a catch-and-shoot triple, and Harden played with a necessary attacking edge. Within the first six minutes, the 32-year-old slammed home a dunk, assisted an Embiid layup, drew four free throws and darted in for a fast-break hoop.

Harden's insistence on attacking the paint set the right tone, showing losses in Games 4 and 5 didn't mean the Sixers were destined to wilt. It was also important that Embiid's defensive focus was much improved from Game 5. Following a Harris layup that gave the Sixers an 18-15 lead, Embiid stepped in to take a charge on Precious Achiuwa.

After falling into first-half double-digit deficits and often allowing the Raptors to play how they wanted over the past three games, the Sixers were determined to halt that pattern. Their All-Stars led the way.

Rivers throws a couple of change-ups

Instead of continuing to use Embiid for the first 11 or 12 minutes, Rivers subbed him out with 4:53 to go in the first quarter.

The immediate returns on that adjustment were excellent. Paul Reed scored off of a pick-and-roll with Harden and the Sixers played with good pace and aggression while Embiid sat. When the big man checked back in, he did well to work hard (and early) for catches at the nail and in the paint. It made sense to consider Embiid's physical freshness at this stage of a grueling series, as well as to force the Raptors to handle rotations they might not have expected.

Rivers also handed Furkan Korkmaz his first meaningful minutes of the series, a move he'd hinted at multiple times in media sessions. With Matisse Thybulle ineligible to play in Toronto because he's not fully vaccinated, the Sixers played nine men. Korkmaz got four minutes and 40 seconds.

The Sixers unsurprisingly employed more zone defense, aiming to work around their on-ball deficiencies. Toronto's initial zone response was rough -- a turnover when Siakam put up a wayward jumper as the shot clock expired -- but it soon became clear that zone wouldn't provide magical defensive sturdiness. Boucher snuck back door behind Georges Niang and then Korkmaz on back-to-back zone possessions. Attentiveness and activity are still required in a zone, and the Sixers lacked those qualities at times. Their lapses contributed to a huge opening half for Boucher off the bench (19 points, nine rebounds).

A well-known zone worry surfaced in the first half, too, as the Raptors snagged 10 of the game's 11 offensive rebounds before intermission. Though the Sixers had better ball security, the Raptors' dominance on the glass enabled them to create a sizable possession edge.

Maxey made for the moment

Harden and Embiid combined to miss their first six three-point tries, but the Sixers' other three starters made plenty of massive ones.

When a Siakam hoop lifted Toronto to a three-point lead early in the third, Harris and Maxey replied with consecutive threes. The 21-year-old Maxey's usually omnipresent grin was absent after Monday night's loss, but it was back and the center of attention by the third. He nailed two more threes during a 17-0 run that extended the Sixers' advantage to 20 points. A Harden step-back jumper a bit later made it 92-70.

Entering the series, it looked likely that the Sixers would need the right responses when blown leads crept into the picture. It was reasonable to think, with Embiid playing through a torn ligament in his right thumb and the Sixers dismal on both ends in Game 5, that the Raptors were not badly positioned be the first NBA team to ever win a series after trailing 3-0. Maxey hasn't been a professional for long, but he's exuded confidence, poise and joy when others might prefer for someone else to decide the outcome. Maxey was key last year in the Sixers beating the Hawks on the road to force Game 7, and he thrived Thursday in his second NBA Game 6. Rivers' comment after Maxey scored 38 points in Game 1 this series came to mind.

"He just doesn’t play with anxiety," Rivers said. "That’s why you love him. There’s certain players like that; there’s not a lot that ruffles them."

Embiid had a wide smile and talked some trash following an elbow jumper early in the fourth quarter. After a driving layup put the Sixers ahead by 26 points, he asked the road crowd to increase its volume. A fourth-period dunk prompted Embiid to break out his airplane celebration. Maxey was obviously not the only Sixer to have a swell time in the second half.

Twelve seconds after Embiid's dunk, he took a Siakam elbow to the face. Head athletic trainer Kevin Johnson tended to an area around Embiid's left eyebrow, but the five-time All-Star didn't appear concerned. Like every Sixers player (and fan, of course) he was surely glad that the final minutes contained no suspense.