HOUSTON -- James Harden scored 35 points and the Houston Rockets overcame 51 points from Russell Westbrook in a triple-double, clawing back from a double-digit deficit for a 115-111 victory over the Oklahoma City Thunder on Wednesday night to take a 2-0 lead in the first-round Western Conference playoff series.

Westbrook set a franchise playoff scoring record and added 13 assists and 10 rebounds in the most points ever scored in a postseason triple-double. It was the sixth career playoff triple-double for Westbrook, who had an NBA-record 42 in the regular season.

But the Rockets contained him long enough in the fourth quarter to surge ahead, then hold on. 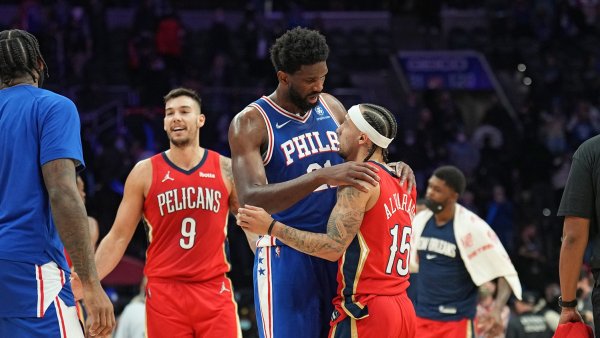 The game was tied before Houston scored 10 straight points with 3-pointers from Harden, Patrick Beverley and Eric Gordon to make it 114-104 with 1:22 remaining.

Beal, Wall help Wizards pull away from Hawks late for 2-0 series lead
WASHINGTON -- In a rough-and-tumble, foul-filled game, Bradley Beal took over in the fourth quarter with 16 of his 31 points, including a key late 3-pointer, helping the Washington Wizards beat the Atlanta Hawks 109-101 on Wednesday night for a 2-0 lead in their Eastern Conference first-round series.

John Wall earned chants of "M-V-P!" while finishing with 32 points and nine assists, including the dish to Beal for his shot from beyond the arc with 38 seconds remaining that sealed the win for the hosts.

Washington, which trailed 78-74 entering the final period, won despite only a combined seven points from starting forwards Markieff Morris and Otto Porter Jr., who were both in foul trouble early.

The series now shifts to Atlanta for Game 3 on Saturday.