NBA Notes: Now That Timberwolves Have Jimmy Butler in the Fold, Focus Turns to Free Agents

BLOOMINGTON, Minn. -- Jimmy Butler's formal introduction to Minnesota was held at the Mall of America, an appropriate location for the Timberwolves and their prized new player.

They'll be shopping for sidekicks starting this weekend, and Butler will be part of the sales team.

"I'll be talking to a lot of really good players, much better than myself, I will tell you that, and get them here to join what we have," Butler said. "I know that, with the support that I've already felt from this city, they're definitely going to love it. Getting here, with this young core, winning these games, anybody's going to want to be a part of that. Now it's all about getting the right fit."

Since point guard Stephon Marbury infamously complained of the harsh winters in forcing his exit nearly two decades ago, while the Wolves mostly languished as a lottery team, Minnesota has never been a destination market. Now there's a sparkling new practice facility and a big-time big three of Butler, center Karl-Anthony Towns and shooting guard Andrew Wiggins.

Towns, who attended the event Thursday, didn't hold back. He said the Timberwolves trio should already be "in that conversation" among the NBA's best.

"This is what dynasties are made of," Towns said. 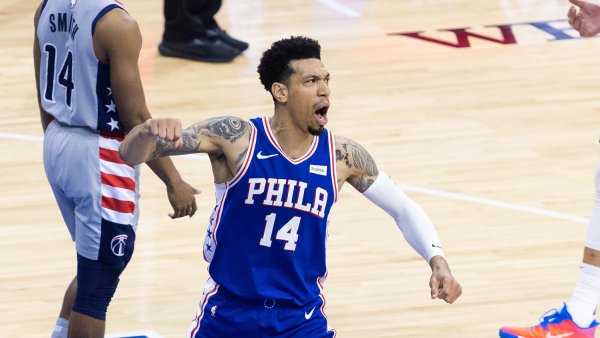 To start, at least.

"The league is going to be looking at us differently," Towns said. "When you're talking about one of the top players in the NBA being added to your squad, the whole focus changes" (see full recap).

The Utah Jazz forward has declined the player-option final year on his contract as expected and will now test the market as an unrestricted free agent, said a person with knowledge of the situation.

Hayward, a seven-year veteran, is one of the marquee names available this offseason and will likely command a max deal. The person spoke to The Associated Press Thursday on condition of anonymity because the decision had not been formally announced.

The Jazz have made it clear that resigning Hayward is the No. 1 priority for the offseason, and his departure would be an enormous blow to the recent progression of the franchise. The Celtics are widely considered his top pursuer with Hayward's college coach Brad Stevens at the helm. The ability to win will be one of the key factors for Hayward and the Celtics are coming off a trip to the Eastern Conference finals as the No. 1 playoff seed in the East.

The Miami Heat are also in the mix.

"Every fiber of our collective being and soul of the Utah Jazz want him back," general manager Dennis Lindsey said.

Hayward just concluded the most productive season of his career that included his first All-Star selection, career-highs in points and rebounds per game and leading the franchise to the playoffs for the first time since 2012. He averaged 21.9 points, 5.4 rebounds and 3.5 assists and pushed the Jazz to the second round after not winning a playoff game since 2010.

Hayward was one of four players to average at least 21.5 points, five rebounds, 3.5 assists, one steal and two 3-pointers per game this season. The foursome also included the three MVP finalists in Russell Westbrook, James Harden and Kawhi Leonard (see full story).

Pelicans: Holiday to meet with team at start of free agency
NEW ORLEANS -- Guard Jrue Holiday and the New Orleans Pelicans have scheduled a meeting for midnight Friday when NBA free-agency begins, a person familiar with the situation said.

The person spoke to The Associated Press on condition of anonymity Thursday because the Pelicans and Holiday, who is an unrestricted free agent, have not publicly disclosed their plans.

The meeting was first reported by Yahoo Sports.

The 27-year-old Holiday has spent the past four seasons with New Orleans since being acquired in a trade with Philadelphia, where he spent his first four seasons. Because Holiday last played for New Orleans, NBA rules allow the Pelicans to offer him a five-year contract, one year more than other teams.

Re-signing Holiday "is our priority. Make no mistake about it," Pelicans coach Alvin Gentry said after last season ended.

Holiday is coming off just his first healthy season with the club after missing most of his first two and parts of his third. However, he took leave last fall when his wife, former U.S. Soccer star Lauren Holiday, was diagnosed with a brain tumor while pregnant.

Holiday has avoided questions about his plans for free agency, but the Pelicans made it clear they want him back and hope the support they provided while he was on leave (see full story).