There was a little over eight minutes left in the game. Ben Simmons was being guarded by Danny Green. There was nobody there to protect the rim as Simmons had the ball at the top of the key.

Simmons didn't hesitate. He didn't make a move. He simply blew by Green, used his sinewy frame to create space and then threw down a vicious two-handed dunk.

In a game matched up against his mentor LeBron James, Simmons kind of looked like … well, LeBron James in leading the Sixers to a 108-91 win over the Lakers Saturday night (see observations). 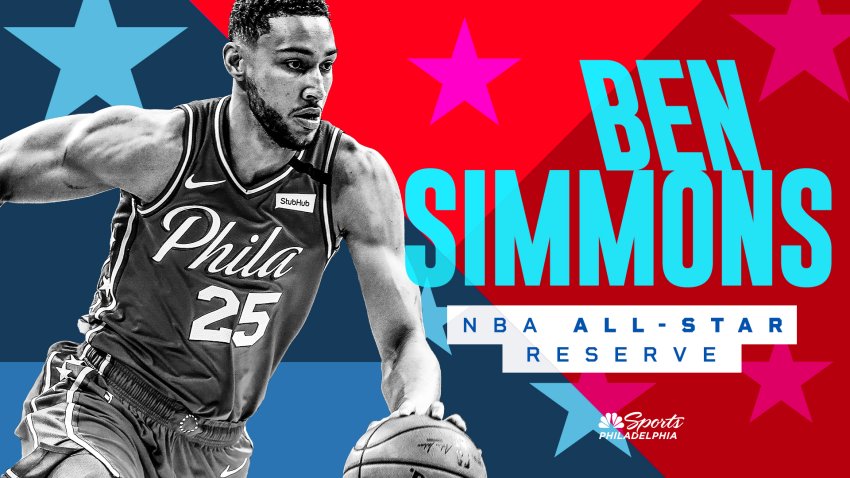 "At the end of the game, they actually came up and started guarding him," Brett Brown said. "So I put him in a bunch of pick-and-rolls as the point guard. Put him in a lot of elbow action, offensively. And then defensively, you look at the disturbance that Matisse [Thybulle] and Ben caused. ... He was really special tonight on a very talented court."

It would've been great if the Sixers just got what they did out of Simmons on the offensive end (28 points, 10 rebounds, eight assists), but he was also stellar defensively.

James had eight turnovers on the night and much of the credit for that goes to Simmons (four steals) and the rookie Thybulle (five steals). Part of the credit also has to go to Brown for his defensive strategy against James - hedging on screens and not allowing James to get mismatches.

For as unique as the pick-and-roll pairing of James and star big man Anthony Davis is, the Sixers have a unique duo to defend it in Simmons and veteran Al Horford. While both L.A. All-Stars got their numbers, they also combined for 13 turnovers and never truly got into a rhythm.

But this story is about Simmons.

In the nine games since Joel Embiid went on the shelf, Simmons is averaging 21.5 points, 9.3 rebounds, 7.8 assists and 2.6 steals a game. Over his last three games, he's 21 of 29 (72.4 percent) from the line. With so much talk about his fourth-quarter scoring, he was 3 of 4 for six points and three assists in the final period Saturday.

The jump shot hasn't come along like many hoped it would, but Simmons' game is clearly evolving.

"I was out there at times just watching him just figuring things out, whether it's laying it up or making the pass," Al Horford said. "It's amazing. He's coming down the lane and it's just like, ‘Good luck.' He's just playing with a lot of confidence right now, so that's good to see."

At practice Friday, Brown was asked how you go about slowing down James. He talked about not being able to guard him 1-on-1: "Here he comes, straight at you, good luck."

James still got his, scoring 29 points and, in the process, passing Kobe Bryant for third on the NBA's all-time scoring list. Now playing for Bryant's former team, James reminisced about how he got to know the "Black Mamba."

Bryant is now a spectator as James passed him. James, now 35, knows he's in the twilight of his career. Though he appears to still have elite basketball left, he spoke like a man that senses his own mortality.

While this game wasn't a full-blown torch passing, there was a bit of that vibe as James spoke.

"It's pretty amazing," James said on having Bryant watching him now. "That's pretty much how I'm going to be when I'm done playing, being able to come back and watch this beautiful game and hopefully there's somebody still playing the game at a high level. Like the guy across the hallway, Ben Simmons, I can sit and watch him and see how much he continues to grow and watch him do what he does … he's growing every day and it's a pretty cool thing to see him."

Perhaps shooting to pass James on the all-time scoring list in the future is a bit lofty, but the Sixers will take more peformances like Saturday's from Simmons in the present.