Joel Embiid All-Star Jerseys Float Around the Internet Despite Snub

Even though Joel Embiid did not make the All-Star team, that isn't stopping one person from selling his jersey. First spotted out on Reddit at r/Sixers, these Embiid East All-Star jerseys are available on eBay for just $34.99, with free shipping. We can't vouch for the quality of the jersey, but it's available. 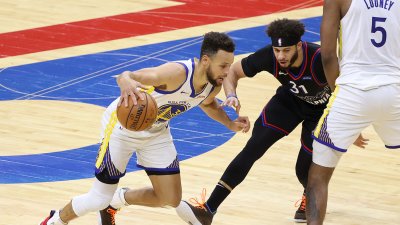 Because of the hype surrounding Embiid and the uproar caused by his All-Star snub, we wouldn't be surprised to see a few of these pop up inside the Wells Fargo Center sometime this season.