How to Manage Joel Embiid's Health While Pushing for Playoffs

CAMDEN, N.J. - In some ways, Joel Embiid is a dream to coach. You can go to him in the post whenever you need a bucket, rely on him to erase defensive mistakes, sit back and watch as he takes over games.

But in other ways, coaching Embiid is not an easy job. Brett Brown has to constantly weigh Embiid's health with the immediate desire to win. That balancing act has never been more difficult for Brown, who commented Wednesday on how he plans to manage Embiid with the playoffs in sight. 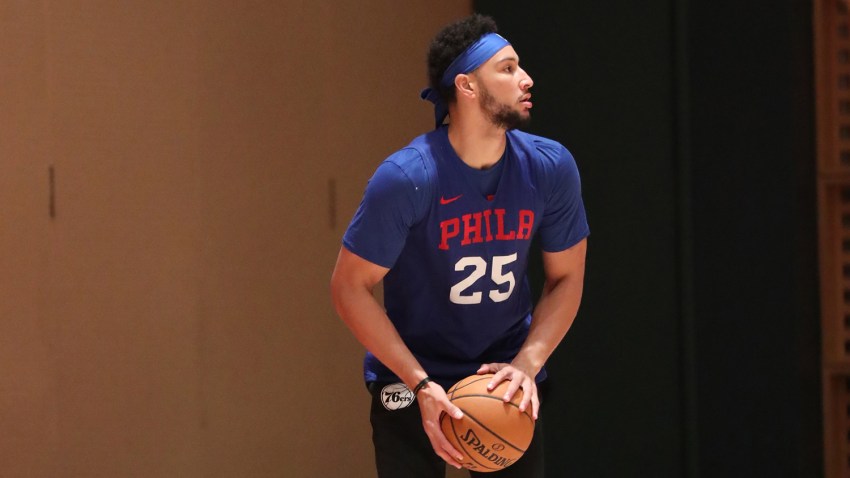 "Everything is still, and it should be, delivering him to a playoff round," Brown said. "It's not cramming for the exam and doing whatever you can to get home court, it's not that at all. And so I feel like the path that we're all on is both professional and responsible. So it's that more than trying to cram for an exam."

The Sixers have six back-to-back sets in their final 27 games. Embiid played his first ever back-to-back on Feb. 2 vs. Miami and Feb. 3 at Indiana. Since then, he's had an injury scare with his right knee (on Feb. 10 vs the Clippers) and missed the Sixers' final game before the All-Star break with a sore right ankle.

That said, Embiid's obviously taken major steps forward. After being sidelined for his first two NBA seasons and playing just 31 games (and only 25.4 minutes per game) in his rookie year, he's played in 44 of the Sixers' first 55 games, and is averaging 31.4 minutes per game.

But the Sixers are 3-8 when Embiid doesn't play. Without Embiid, the Sixers don't look like a playoff team. With him, they look like a team which could earn home-court advantage. The Sixers are currently seventh in the Eastern Conference at 30-25, two games behind the fourth-seeded Washington Wizards.

When asked how he'll generally manage his players' minutes in the final third of the season, Brown referred to his time as a Spurs assistant, implying that the Sixers will approach things more aggressively than a championship contender.

"In my old life, when you felt like you were going to be in the finals and win a championship, you definitely started managing stuff differently in this final third," Brown said. "That's not where we're at now. We are fighting to get in the playoffs.

"And we're in a fist fight, we want a little bit more than that. And we're going to play with that in mind, and when the opportunity arises when I can rest some of our guys, I will. But it's not about being conservative right now or feeling like we're entitled and we're in the playoffs; we aren't. So we're still fighting to do that, and I'll coach it accordingly."

It might sound like there's a contradiction between that desire to fight for the postseason and Brown's goal of "delivering [Embiid] to a playoff round." The Sixers probably need Embiid to play the majority of their final 27 games to make the playoffs in the first place. On the other hand, nothing in Embiid's past suggests that he's capable of playing all six remaining back-to-backs and suiting up fully healthy in Game 1 of the postseason.

The key for Brown is finding the perfect middle ground between riding Embiid hard every night and babying his 7-foot-2 star to the detriment of the team. With the playoffs finally in sight after five seasons of processing, that's going to be one of Brown's greatest challenges in the home stretch.