Charles Barkley and Muhammad Ali had plenty in common. They were both outstanding athletes at the top of their craft who went on to become famous for what they said almost as much as what they did in their respective sport.

So it's no surprise the younger Barkley looked up to the great Ali.

Sir Charles was a guest of the Philadelphia Phillies on Monday afternoon to take some batting practice before they took on the Chicago Cubs at Citizens Bank Park. 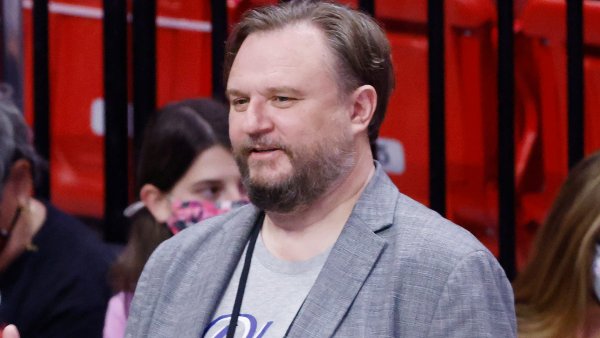 Doc Rivers on Ben Simmons' Offseason: ‘There's Areas That He Can Fix Quickly'

Chuck weighed in on the recent Sixers' trade rumors, the upcoming draft, and took some truly atrocious swings at the plate.

But perhaps the most heartfelt words he shared on Monday were about the loss of his friend Muhammad Ali.

"Anybody who knows me, knows that Muhammad Ali is probably the most influential person in my life ever," Barkley said. "He’s meant the world to me and I got to know him over the years. I told him every time I saw him that he’s the most important figure in my life ever, other than my grandmother. Guys like him, Bill Russell, Dr. King, Jackie Robinson, guys like that you can never say ‘thank you’ enough. Muhammad Ali was the most influential person in my life. It was a long, rough weekend for me personally."

"It’s not just about being black. He wanted the best for everybody. Everybody talks about black and white, you look at Dr. Martin Luther King and Muhammad Ali, they talked about civil rights and humanity, it wasn’t always just about black and white. Just like Dr. King, Muhammad Ali is going to be here forever because of the person he was and the man he was. One thing that annoys me, people forget what a great boxer he was. Everybody knows about the draft and civil rights, I don’t think he’s ever gotten enough credit for getting off the floor against Joe Frazier, fighting him two more times, fighting Ken Norton three times, fighting Earnie Shavers, fighting George Foreman, he fought everybody. Look at boxing today, which is my favorite sport, and these guys won’t fight each other at all because everybody wants to go undefeated. For Ali to lose, get back up, and fight these guys over and over, that just shows you what kind of boxer he was. And he was a better man.”