Players and coaches face stiffer protocols, including staying in their hotels during road trips except for team activities and without receiving visitors

When Washington coach Scott Brooks was a player and would ask coaches about their profession, the response was always the same: It is a lonely job.

Never more so than now, probably.

As if playing games in arenas that are somewhere between mostly and entirely empty during a still-raging coronavirus pandemic wasn’t hard enough, the rules for players and coaches -- both home and on the road — are getting even tougher. The NBA and the National Basketball Players Association on Tuesday agreed to stiffer protocols, including ones where players and coaches will essentially have to stay in their hotels during road trips except for team activities and without receiving visitors.

“We have to keep everything in perspective,” Brooks said. “It’s tough, but we get to do something we really, really love to do and we’re fortunate. It’s a privilege to be able to be in the NBA, to coach, to play. I’ve been fortunate enough to be able to do both.”

Even without the new rules, solitude and loneliness have been hallmarks of road trips already this season. Denver coach Michael Malone couldn’t go see family when the Nuggets visited New York — his birthplace and where his NBA coaching career began with the Knicks. He wanted to see his parents on the Nuggets’ recent trip there; he couldn’t, and now hasn’t in nearly two full years. 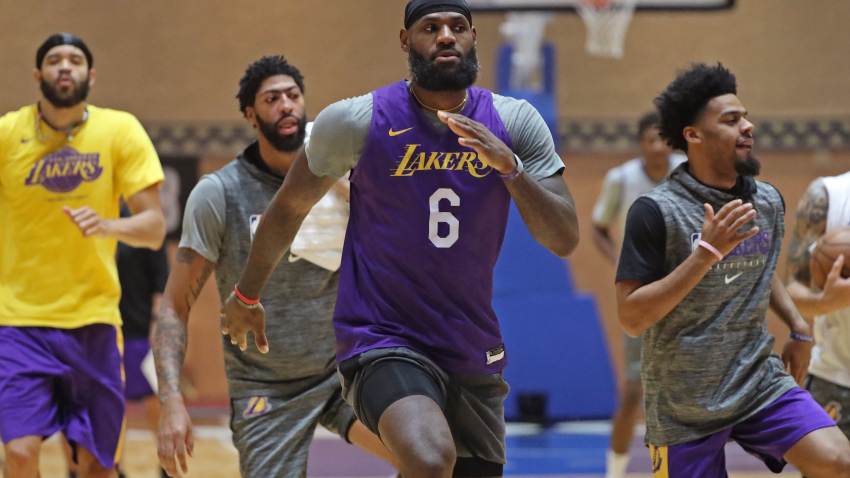 Here's What Life Is Like in the NBA Bubble, From Fishing to Cornhole to Hotel Room Workouts 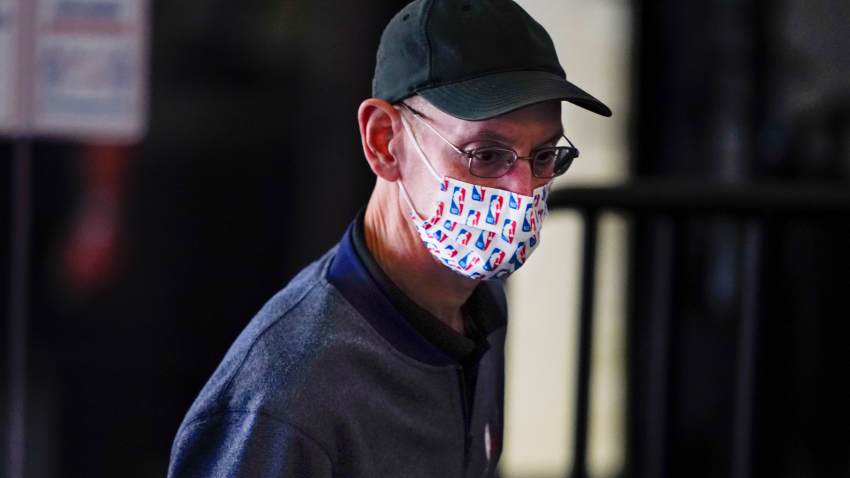 NBA Says No Plans for Pause, But It Will Address Pandemic Protocols to Ease Covid-19 Troubles

“A big part of coming back has always been a chance to see my mother and my father, brothers, sisters, friends and so on and so forth, and that is not the case this year,” Malone said. “So, definitely takes away from this opportunity.”

The NBA’s rules are superseded by local regulations, which in Los Angeles County have been among the most restrictive. Residents are under a stay-at-home order, indoor and outdoor dining isn’t allowed, and Chicago coach Billy Donovan said the Bulls could only have one person at a time in a workout room set up in the hotel when they played the Lakers and Clippers at Staples Center.

“Guys are pretty much locked up in their rooms,” Donovan said. “There’s very, very little anybody can do. Days are long for these guys.”

For at least the next couple weeks, from an NBA perspective, L.A. will be like the rest of the U.S.

“It’s difficult. You know, games end and you go back and get a little plastic dish of food,” said San Antonio coach Gregg Popovich, who loves visiting restaurants on the road, particularly the ones with magnificent wine offerings. “I’m not complaining — we have it very good — but you go back to your room and you eat your food. You don’t eat with your team or your coaches or anything like that. So, the camaraderie part of team sport and all that is kind of out the window.”

The latest rules were agreed to by the league and the NBPA weren't unanimously well-received. Oklahoma City guard George Hill, who was with the Milwaukee Bucks last season and was one of the drivers of their decision to sit out a playoff game in response to the Jacob Blake shooting by police in Wisconsin, made clear he wasn't a fan of the new restrictions — including the ones saying players and coaches had to essentially isolate again on the road.

“If it’s that serious, then maybe we shouldn’t be playing," Hill said.

Utah guard Donovan Mitchell missed 15 of his 23 shots when the Jazz lost to the Knicks on a recent trip. He didn’t think the fan-less atmosphere was the reason, though it certainly made Madison Square Garden feel far different than the place Mitchell attended growing up not far from the city.

The celebrities in the seats and the memories of the massive events the arena has staged have never been lost, no matter how many games the Knicks have. But the noise now comes from piped-in fan reactions, not Spike Lee leaping out of his seat to do it himself.

It is also the new normal, at least for now.

LX News caught up with NBA All-Star Andre Drummond of the Cleveland Cavaliers on the NBA's successful bubble approach to its season, his partnership with Sports Hi to provide student scholarships, and his #EpicMilkDunk challenge.

The NBA had a list, in most cities anyway, of approved restaurants where visiting teams could go for meals. The new protocols mean all in-restaurant dining is off-limits for at least the next couple of weeks — and, as Portland guard Damian Lillard noted, so is just about everything else.

“It’s not like we can go to dinner or go to a movie or go hang out with our family or nothing like that,” Lillard said. “Our family members, they have lives. The rules that we’ve got to play by just kind of put you in a box. You travel, stay in a hotel room, play, get on the plane, come home, go straight home. I live on my phone because I can’t interact with people in person.”

The Wizards beat a good Phoenix team handily on Monday night for just their third win in 11 games to start the season. There was no celebration, nothing fun for a few minutes afterward.

Brooks longs for those days to happen again. He also understands why they can’t in a world still dominated by the fight against COVID-19.

“This is a world problem, the pandemic, and we are all in it together,” Brooks said. “We all have to do what’s right for each other.”